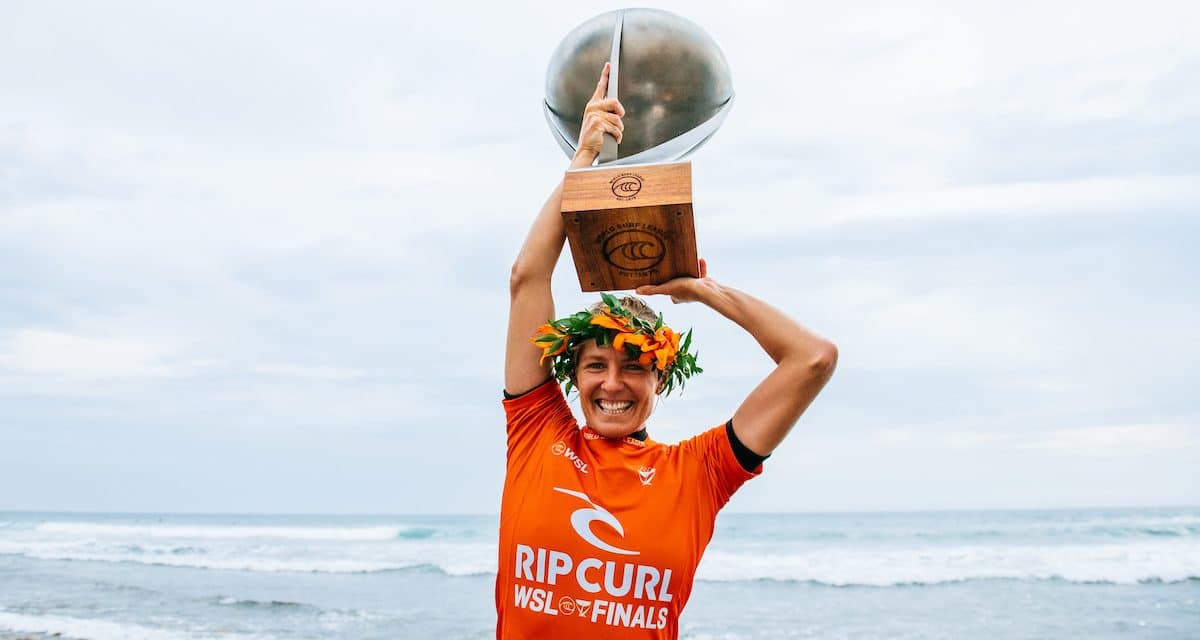 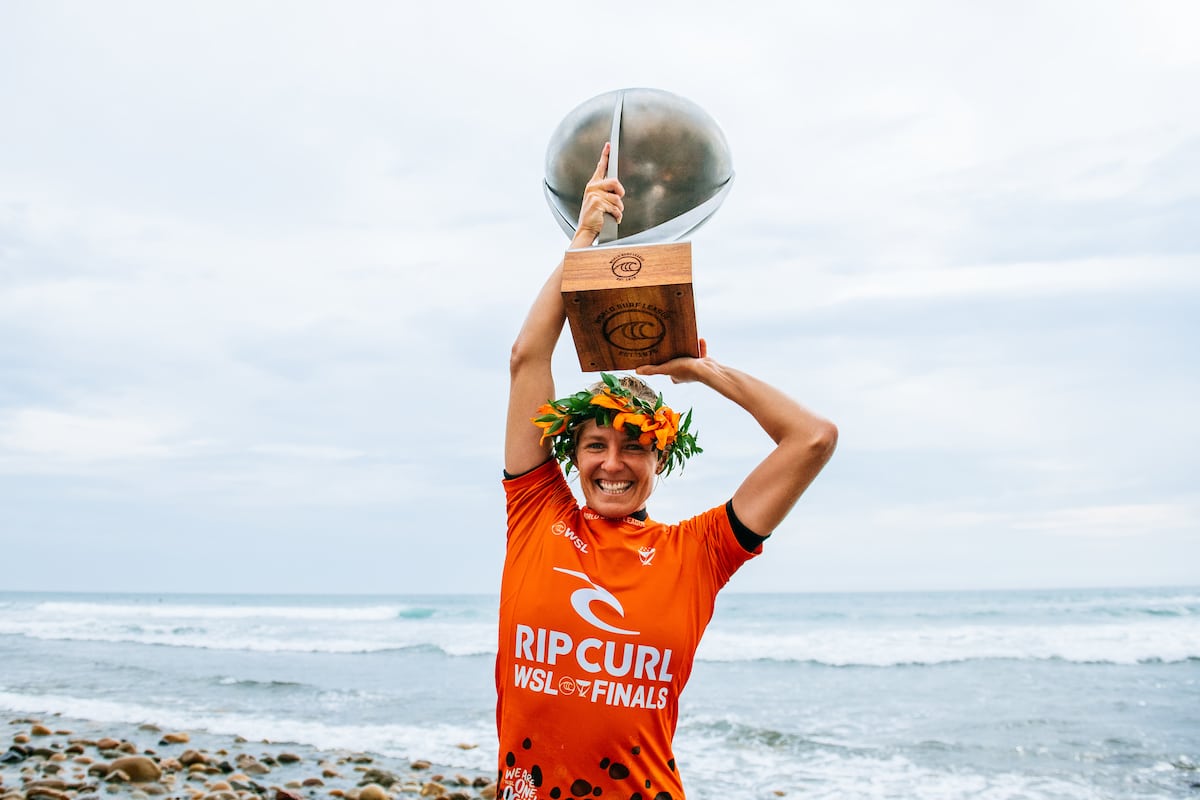 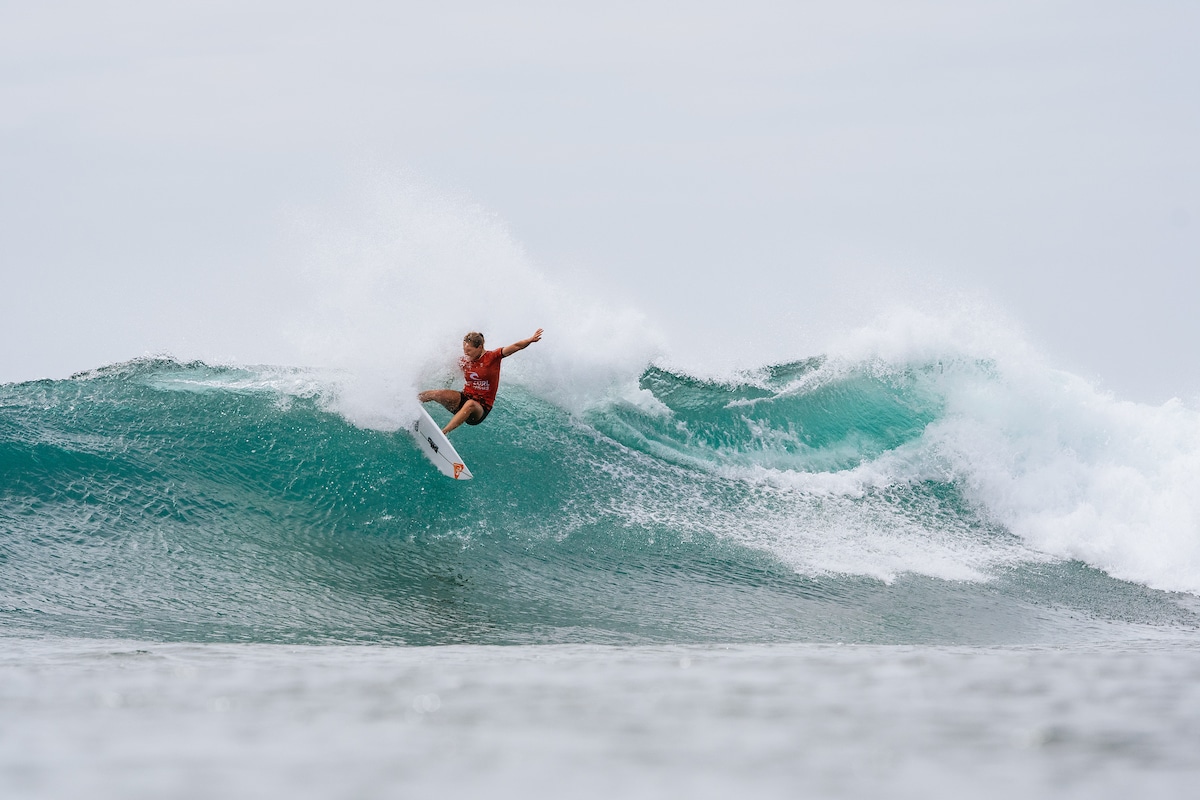 Domination and determination were the themes of the day as World No. 5 Gilmore made her way up from the bottom of the bracket to the top, taking out World No. 4 Brisa Hennessy (CRI), No. 3 Tatiana Weston-Webb (BRA), and No. 2 Johanne Defay (FRA) en route to the Title Match where she defeated World No. 1 Carissa Moore (HAW).

The women’s title race finished with a Title Match for the books, featuring two surfing legends, seven-time WSL Champion Gilmore and five-time WSL Champion Moore going head-to-head in a best-of-three World Title Showdown. Gilmore continued her momentum, winning the first of the three matches and leaving Moore in a do or die situation. In the Title Match 2, Gilmore proved to be unstoppable, picking the best waves and putting her trademark style on full display. In an emotional finish, Gilmore not only became the 2022 World Champion, but the greatest female surfer of all time with a record breaking eight World Titles. 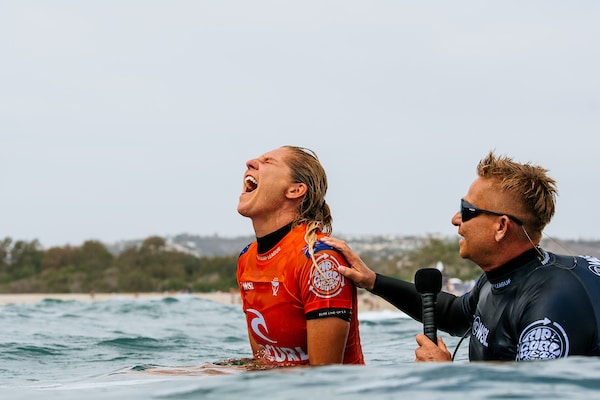 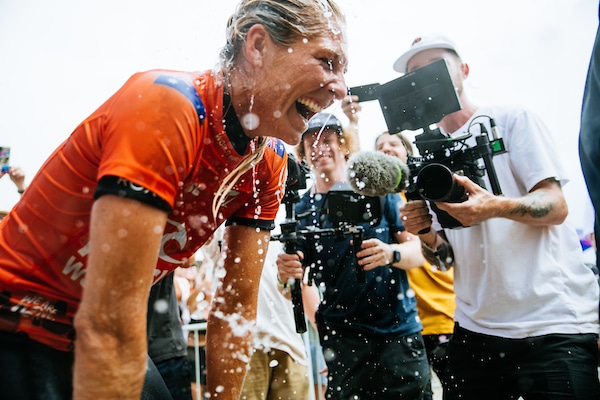 “There really are not many words that can describe this feeling right now and that’s why I now really love this format. It puts the pressure on you, it puts you under the pump, can you do it, it’s truly incredible.”

Gilmore, aged 34 from New South Wales, Australia, won her first World Title in her rookie season (2007) and became the first surfer (male or female) to accomplish such a feat. She went on to claim three more consecutive titles (2008, 2009, and 2010) followed by two more World Titles in 2012 and 2014. Gilmore has racked up an impressive eight Championship Tour victories during her career, second only to Kelly Slater (USA). In 2018, after a four year-gap, she clinched her record-tying seventh World Title (to equal Australian Layne Beachley), and went on to finish the 2019 CT season as World No. 4, qualifying for surfing’s Olympic debut in Tokyo. She was short of winning a medal at the Games and watched on as her rival Moore won both Gold and the World Title. 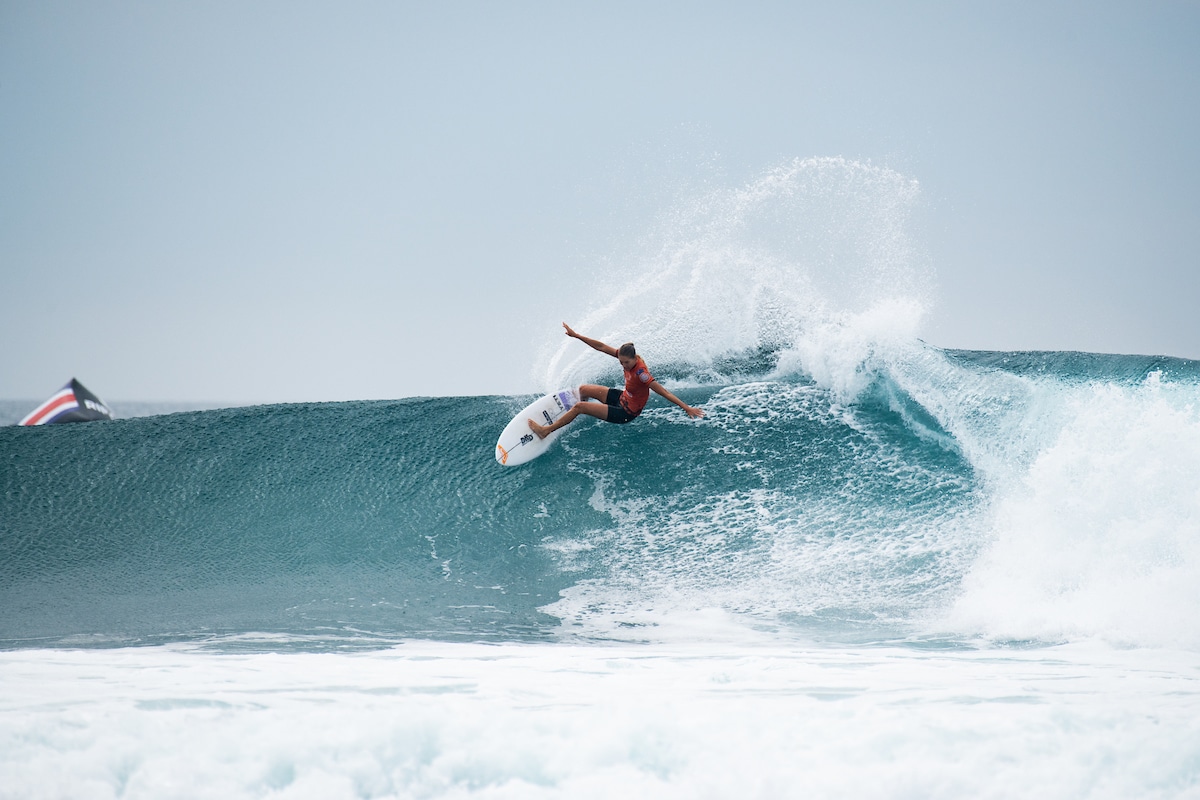 However, at the end of 2021 Gilmore again committed herself to the CT, vowing to win the 8th World Title that would, yet again, make history. Today, she has done just that, further cementing herself as one of surfing’s legends.

Gilmore’s style is listed by many as one of the best in the business. Her aggressive, elegant approach is grounded in genius precision and technical expertise that has set a new performance benchmark for surfing. She’s been a role model and inspiration to a generation of women who have become her greatest competitors, and she couldn’t be happier. 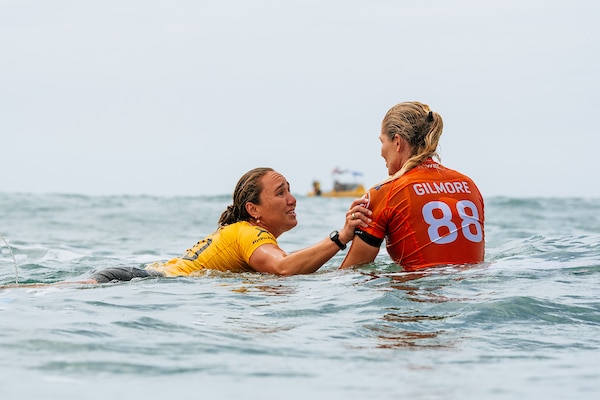 “I’m really proud that I was able to make it past Brisa (Hennessy), Tatiana (Weston-Webb), Johanne (Defay), all of the most incredible female surfers in the world,” said Gilmore. “And then to be able to make it all the way to the Final against Carissa, who in my mind, she’s the real world champ this year. I was out there thinking, if this happens, this is freaking cool because I’m out here against Carissa – the greatest of all time in my opinion.”

A sixth World Title wasn’t in the cards for Moore, but not without putting on one of 2022’s most unforgettable seasons along the way. Credit: © WSL / Ryder

This time last year, it was glory for Moore to the ring of being a five-time WSL Champion. But, one of the sport’s greatest couldn’t find her rhythm with the ocean in the Title Match as her attempts to overthrow Gilmore’s dominant form fell short each ride. It marked nothing short of an incredible season for the 28-year-old who earned four Finals appearance in the 2022 CT season and had a dominant lead in points head into the Rip Curl WSL Finals.

Now, Moore heads into the break to reflect on an incredible year and see what 2023 holds in store for the five-time WSL Champion.