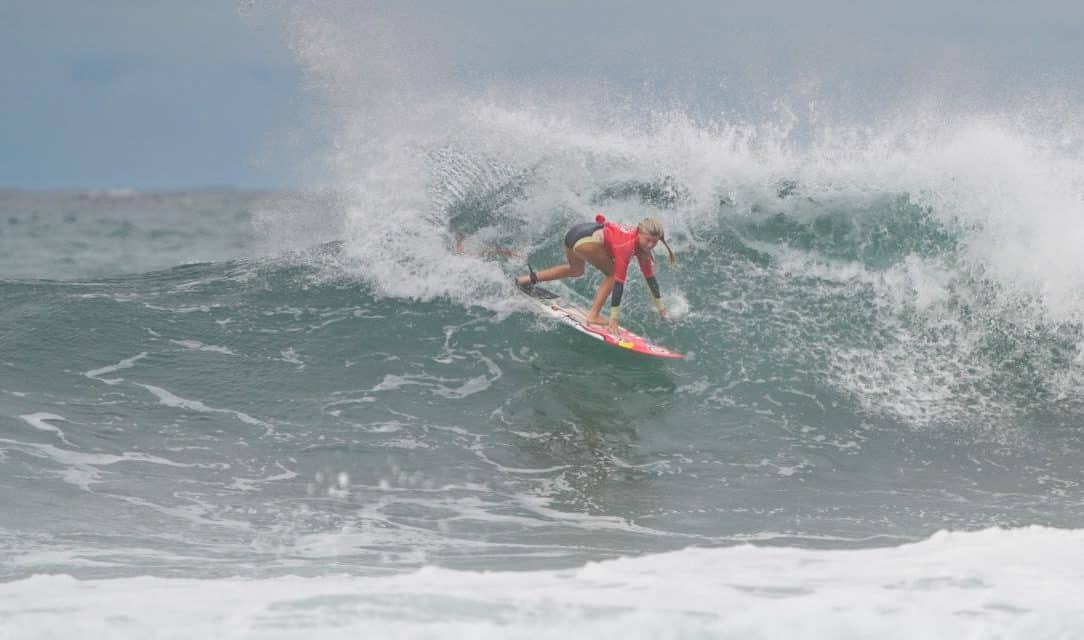 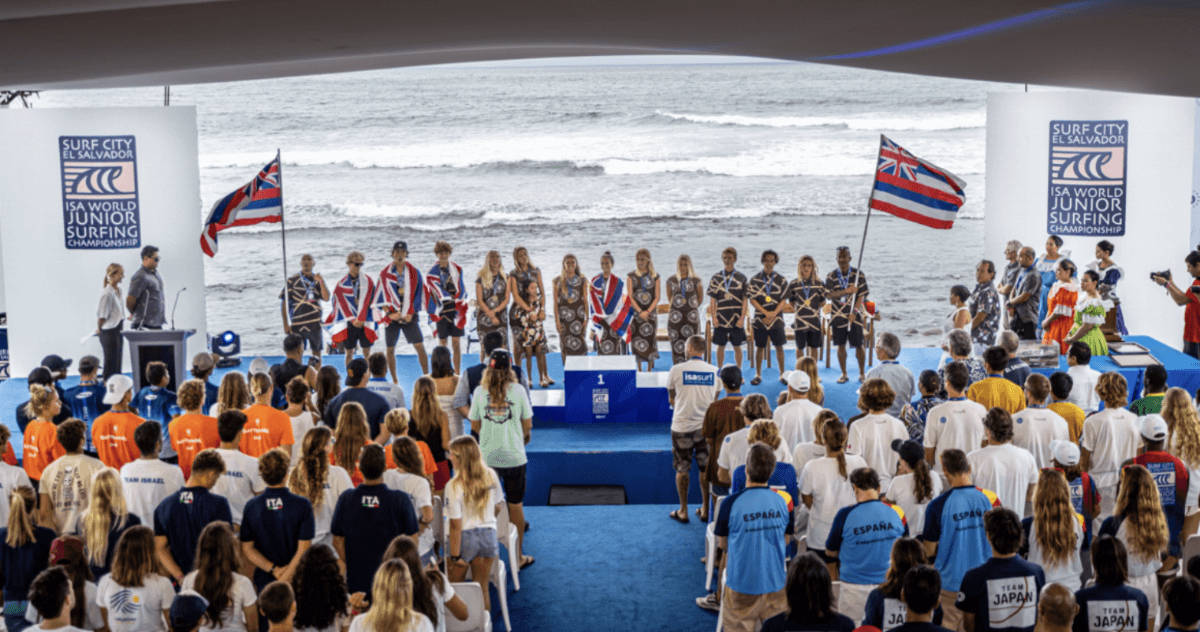 Nine incredible days of non-stop action in Surf City, El Salvador, featuring a record 419 athletes and 45 national teams, culminated with Hawaii securing themselves an impressive lead to win their first Team Gold since 2014. It is the fourth time Hawaii has claimed this honor.

Team Hawaii, the 2019 Silver Medalists, found their way back to Gold on the back of a highly impressive squad, who claimed four individual medals. Australia followed up with Silver, USA won Bronze, and France collected Copper.

After an emotional loss in Main Round 3, Eweleiula Wong had to fight her way through seven heats of repechage to find herself atop the Girls U-18 podium. The Hawaiian was mostly uncontested in the Final, a huge forehand gouge gaining her a lead that proved impossible for Lucia Machado (ESP, Silver), Hina-Maria Conradi (FRA, Bronze), or defending Silver Medalist Zoe Benedetto (USA, Copper) to catch up with.

“I feel like all my hard work has paid off,” Wong said. “I think it all goes to Team Hawaii coaches, Shane Dorian and Chris Martin.”

It was a much closer affair in the Boys U-18 Final, with two Hawaiians battling it out. Luke Swanson (HAW) finally found the air sections he’d been hoping for all week, taking Gold on the strength of two backhand tail-high air reverses, while fellow Shion Crawford (HAW, Silver) was hot on his heels with exceptional railwork. Luke Thompson (RSA, Bronze) and Kobi Clements(AUS, Copper) were unable to find the form that saw them through the rest of the competition.

“I knew these guys were so good that it would take all my effort and the best of my surfing,” Swanson said. “I just can’t believe I won. It was my goal, I wrote it down, but the fact that I actually achieved that, I don’t know what to say. I guess it’s just a testament to believing in yourself.” 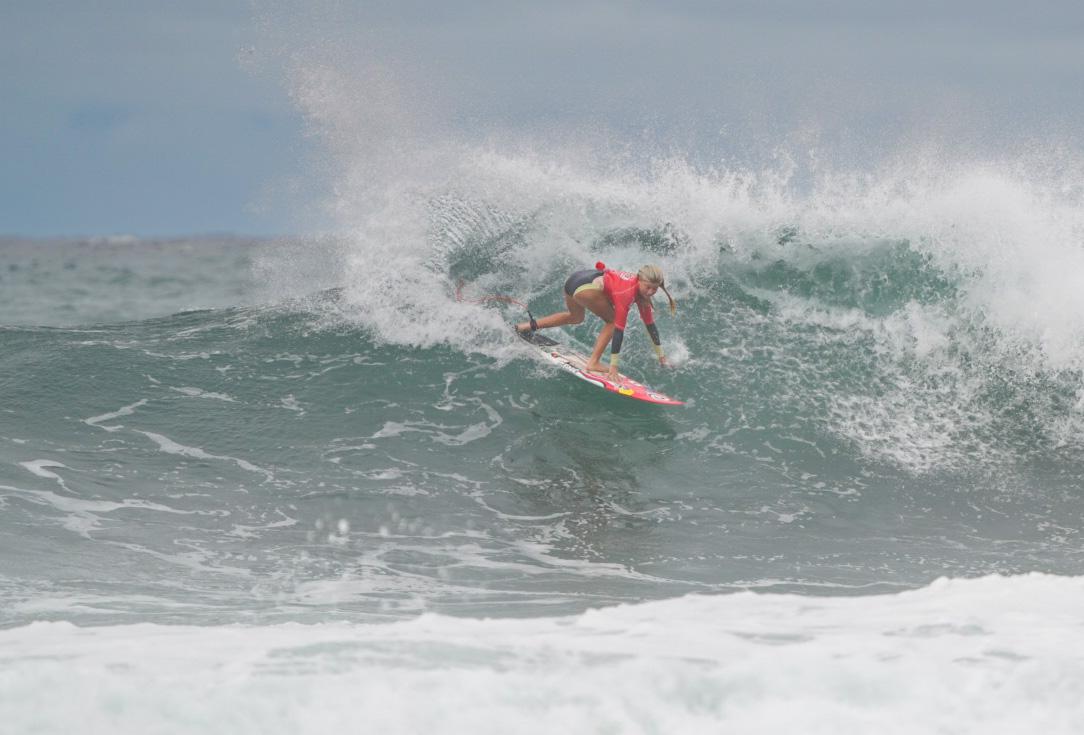 It was almost a foregone conclusion that Erin Brooks (CAN) would find herself draped in Gold. Despite little competitive experience, the 14-year-old looked unstoppable all week in the Girls U-16 division.

Bella Kenworthy (USA, Silver) started the Final well, opening with a 7.17 and backing it up with a 7.57, however it was no match for the critical progression of the Canadian. Looking to the rights of La Bocana for the first time in the competition, Brooks unleashed a series of under-the-lip hooks for an 8.60, before switching back to the left and allowing her forehand to garner an 8.17. Mirai Ikeda (JPN, Bronze) and 11-year-old Tya Zebrowski (FRA, Copper) mounted impressive campaigns but found themselves outside of the conversation as the Final progressed.

“All of the coaches were telling me that no matter what I was getting the first Canadian medal,” Brooks said. “But I wanted to get Gold.” 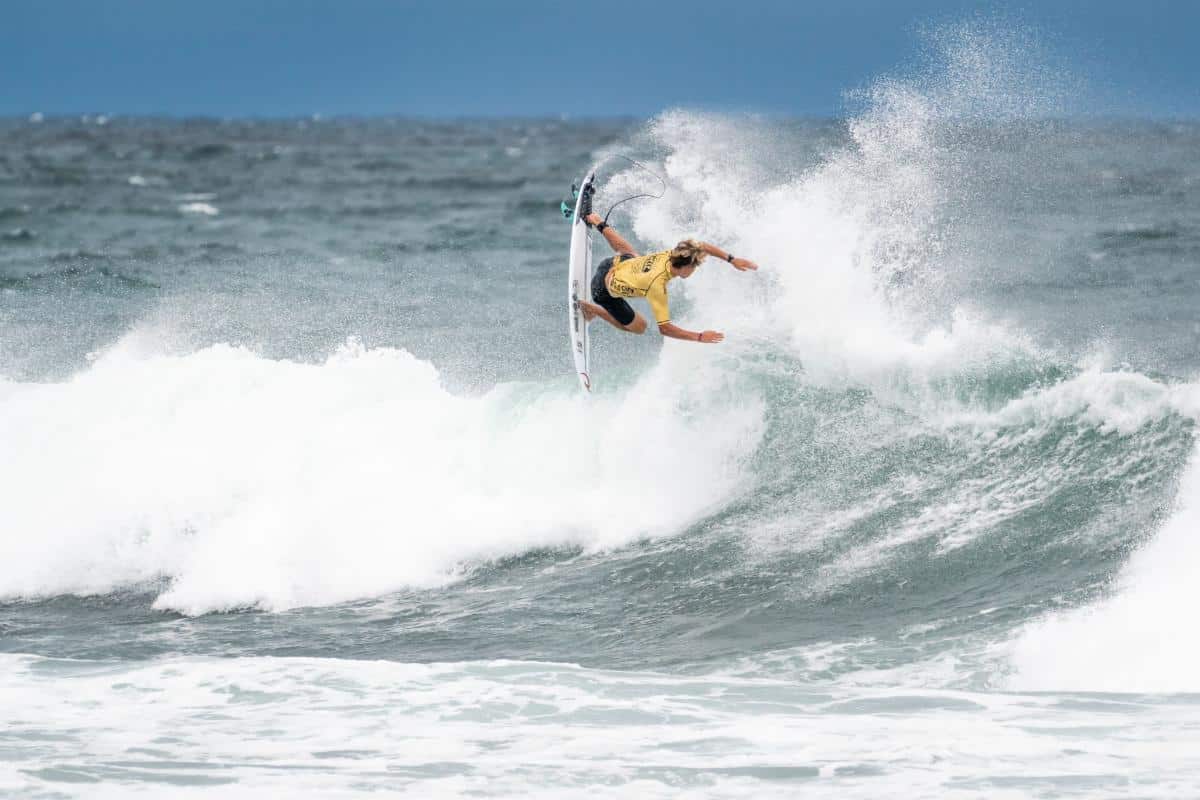 Throughout the entire event Hans Odriozola (ESP, Copper) appeared to be the surfer to beat in Boys U-16. It was no different as the Final got underway and Odriozola quickly put two scores on the board for the lead. Willis Droomer (AUS, Gold) turned a forehand three-turn combo into a 7.83, while a single air drop out of a big forehand crack resulted in a 7.27 for Inigo Madina(FRA, Silver). Luke Tema (HAW, Bronze) found mid-range 6’s but was unable to truly unleash. As the Final progressed Odriozola looked entirely out of sorts and Droomer closed it out with a 7.67 and the win.

“It’s the best event I’ve ever been to and I’m just so happy to bring Gold home not only for myself but for Australia and the Irukandjis.” Droomer siad. “It’s a big name to live up to and a lot of pressure, but I’m stoked to come out on top.” 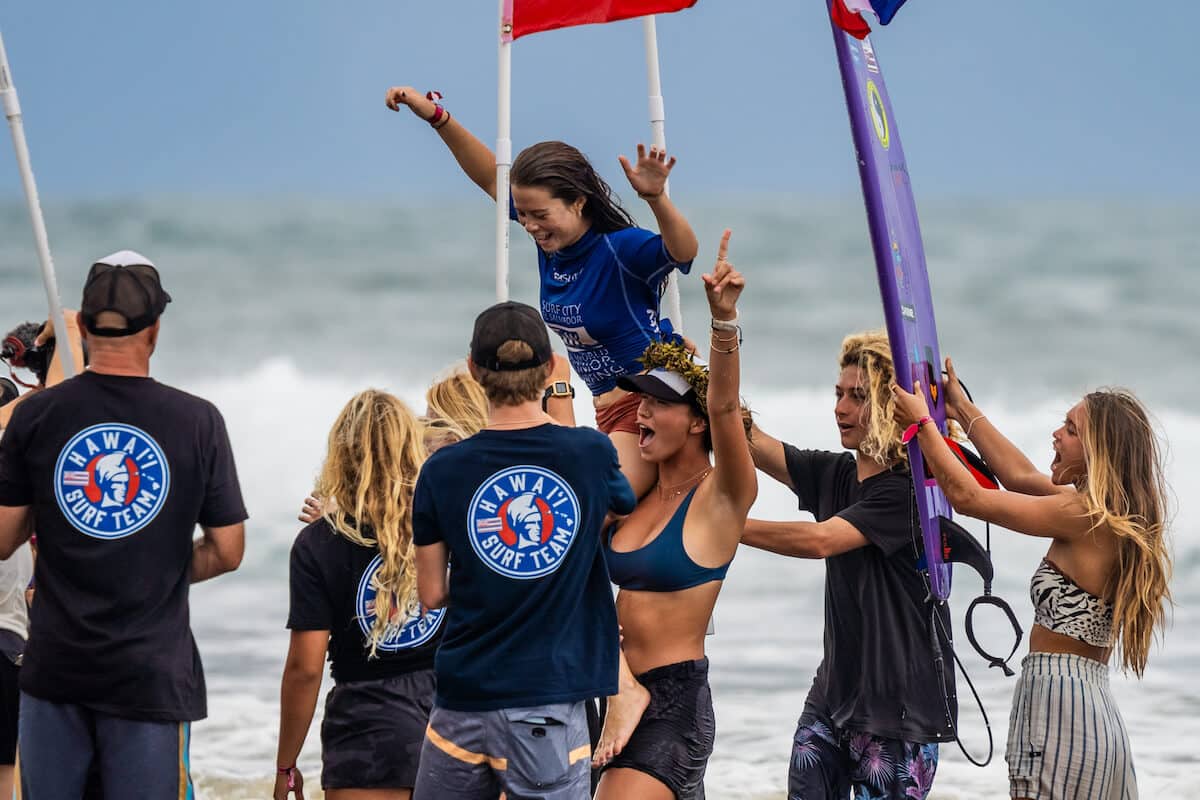 What an amazing competition. It’s been wonderful to see the best junior surfers ripping the waves of El Salvador, this wonderful destination that has become one of the prime surfing spots in the world.

This event has been a huge success in uniting the junior surfers of the world in peace, through surfing, for a better world for everybody.

All Salvadoreans will carry the energy from all of the countries that have participated in this event. Not only the winners, but everyone who has participated, because we are all winners here. We have shown what the surfing community is all about.”

“This gives us hope as a country and I want to express gratitude to President Nayib Bukelele. We will continue working and we will continue making surfing a dream for everyone. Surfing rocks. And you also rock because you are part of the worldwide surfing family.”