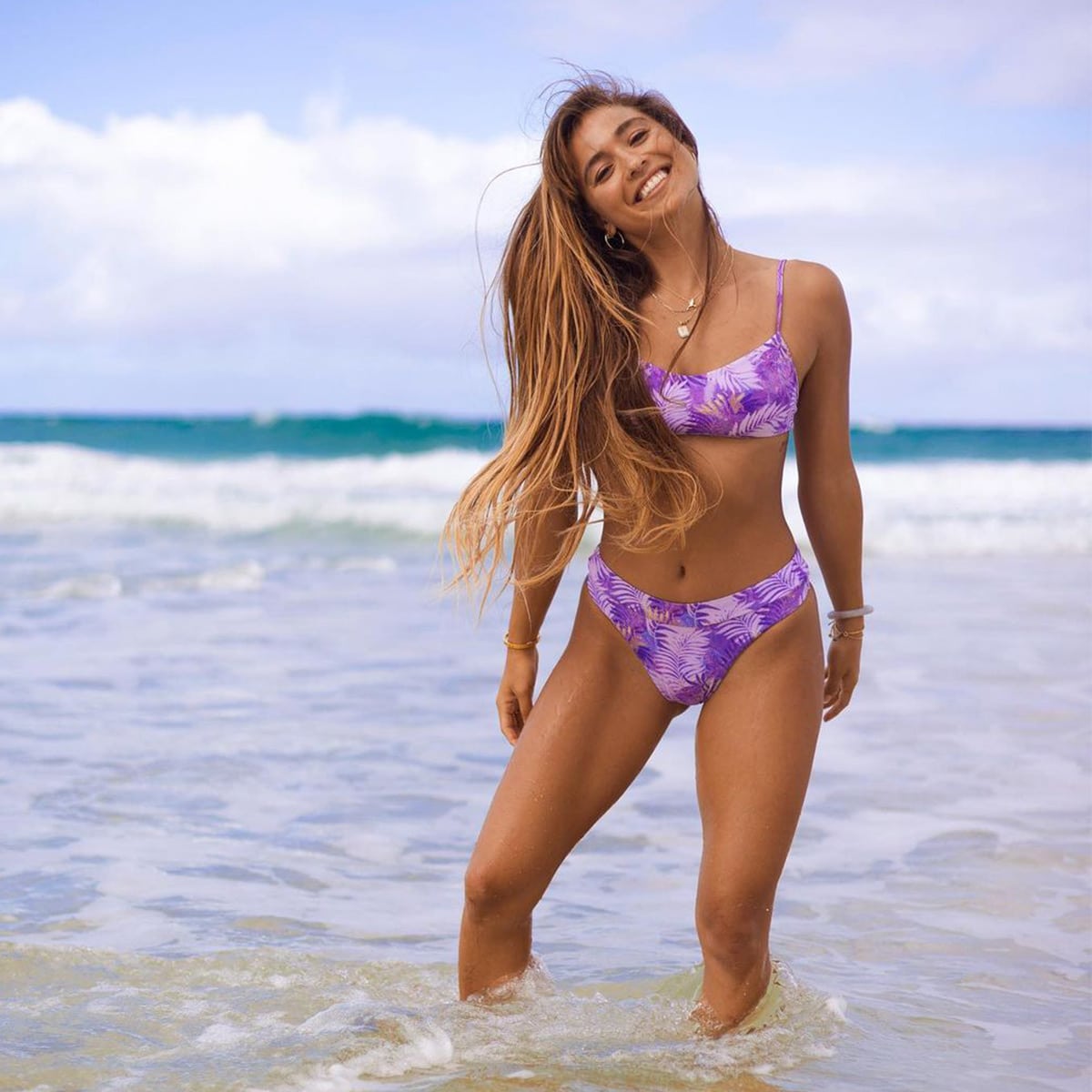 “Surfing is very cathartic for me,” says Tia Blanco, co-winner of the first and only series of ABC’s the Ultimate Surfer, and pro surfer, currently ranking as No. 22 in the world. “It helps me kind of tune in and tap back into my core values. I’m not a very religious person, but surfing can be quite spiritual for me. It’s just a way that I can kind of release any stress and take my mind off of things, and it’s the time where I could just immerse myself in the present moment, which I love.”

Tia began turning heads when she won gold at the 2015 ISA Open Women’s championship, and successfully defended her title the following year. But she skyrocketed to fame after winning the Ultimate Surfer alongside Zeke Lau, becoming one of the most recognisable faces of female surfing in mainstream media. Both contestants won $100,000 and were offered wildcard entries onto the WSL Championship Tour.
Her first wildcard entry into the MEOPro in Portugal this year resulted in Tia being defeated by Carissa Moore and Stephanie Gilmore in the first round, and then again by Tyler Wright and India Robinson in the elimination round. But Tia hasn’t let this keep her down, as any athlete will tell you that a loss is a learning opportunity to help guide you towards a future win.

“​​It definitely took a little bit of a toll on my confidence,” says Tia. “But that’s just a part of competition, it’s how you handle the losses. It was definitely not how I imagined my first event going, but can only get better. Sometimes the losses are essential stepping stones. So I learned a lot from the last event, and it will be good for me to reapply myself. I found an amazing surf coach that I’ve been working with for the past two years, so I’m hopeful going into these next few events.”

Tia is also known for proudly sharing her holistic lifestyle that she shares on social media, practicing yoga, meditation, and veganism. Tia credits her veganism to her mom, as she grew up in a vegetarian household and states that she has never eaten meat in her life. With inspiring advice and aspirational photos of Tia in breath-taking places, it’s easy to see how the athlete has gained a cult following of over 451k followers. Her fanbase looks up to her positive energy, healthy outlook on life, and ability to make waves as a pro surfer.

“I feel like a lot of what I do kind of comes hand in hand with each other,” says Tia. “I just like to do things that feel the best and perform the best. I’m really into the Mamba mentality. I was a big fan of Kobe Bryant for all of my life. He’s a big proponent of how can you be the best version of yourself every single day and be better than you were yesterday. And even though you might fail, there’s always another opportunity to prevail, and it’s never going to be permanent. All your failures, you can overcome.”

Tia recently made headlines on Page 6 and Stab for dating Brody Jenner. But while it’s great for the surfing community when an athlete transcends into mainstream media, when it’s because of who they are dating, we run the risk of reducing that athlete’s worthiness to their celebrity counterpart. But it’s clear that Tia’s talents as an athlete and celebrity persona are worthy of commercial success no matter who she chooses to be with. Beyond the headlines, Tia is currently preparing for a surfing event next month, and has recently designed a new clothing collection that will be released in the fall of this year. When preparing for an event, Tia likes to spend as much time as possible in the water. 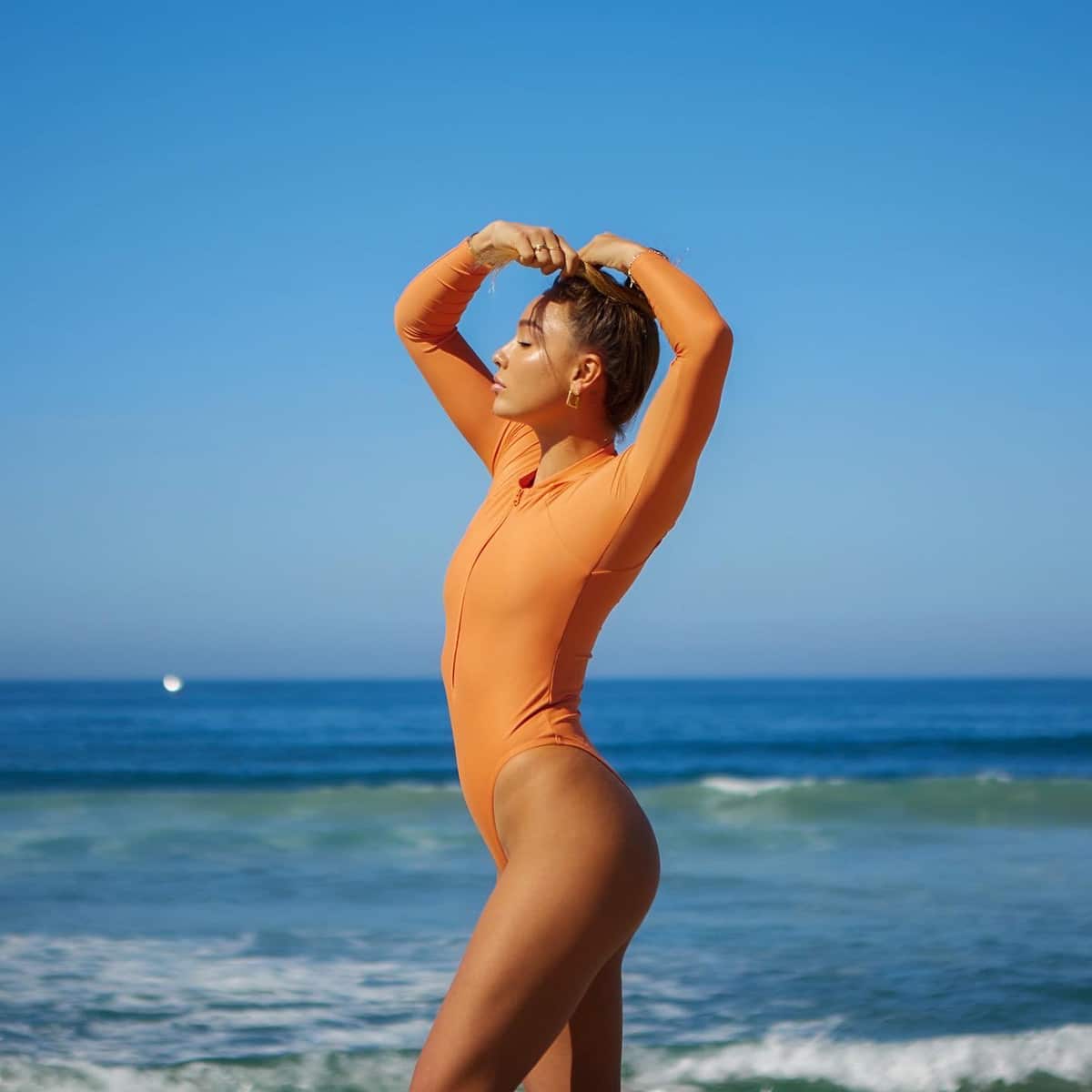 “The best way to prepare for any surf contest is to get more water time,” says Tia. “I’ll do some yoga, check the waves, and try to get in the water one or two times a day. Obviously the ocean doesn’t always provide so that’s when I do my cross training and weight training. At my apartment there’s a little lap pool so I’ve been doing plenty of exercise out of the water.”

“I’ve never been that athlete that sticks to one type of training. I like to do yoga, ballet, boxing – I like to do it all, and over time I’ve found some of my favorite activewear pieces, and I made the perfect line in my eyes that is really well-rounded for all types of activities and people. I am designing an activewear line with JOLYN clothing. I have worked on every little detail. There are so many different elements that I never understood as a consumer, but I’ve learned so much.”

“I don’t feel like I am done with the competitive side of surfing,” says Tia. “I want to push myself and reach goals in the competitive surfing world, and I’m going to take on the opportunities as they come. But I would love to dive deeper into the fashion world because I’ve loved the journey I’ve been on designing my own collection. All in all, I just want to keep doing me.”