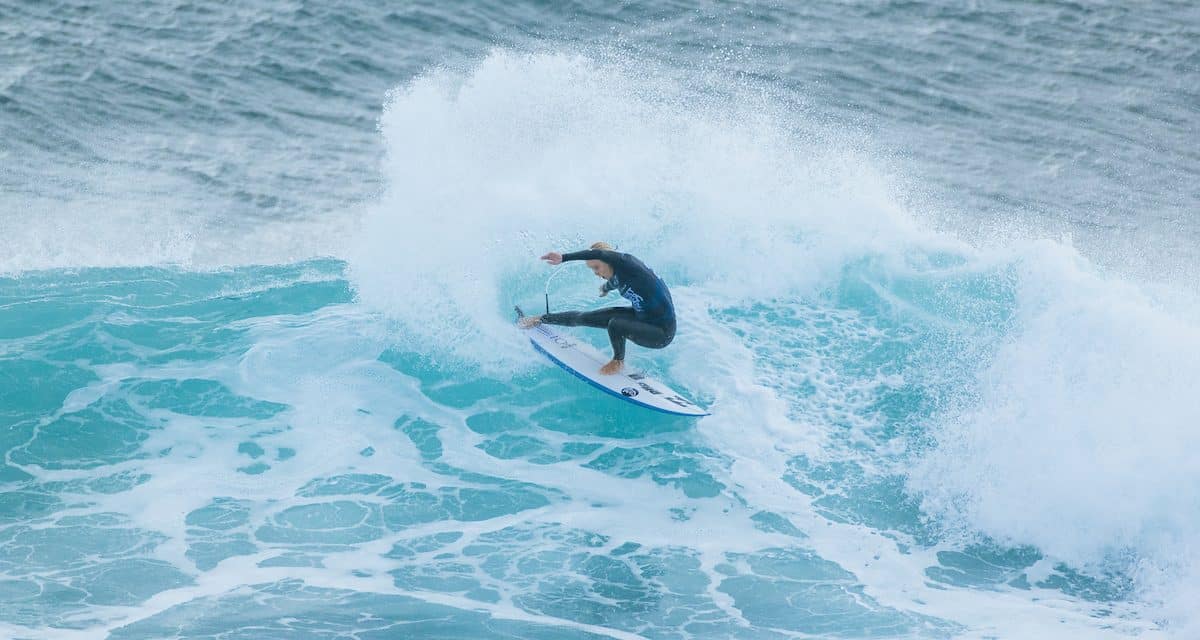 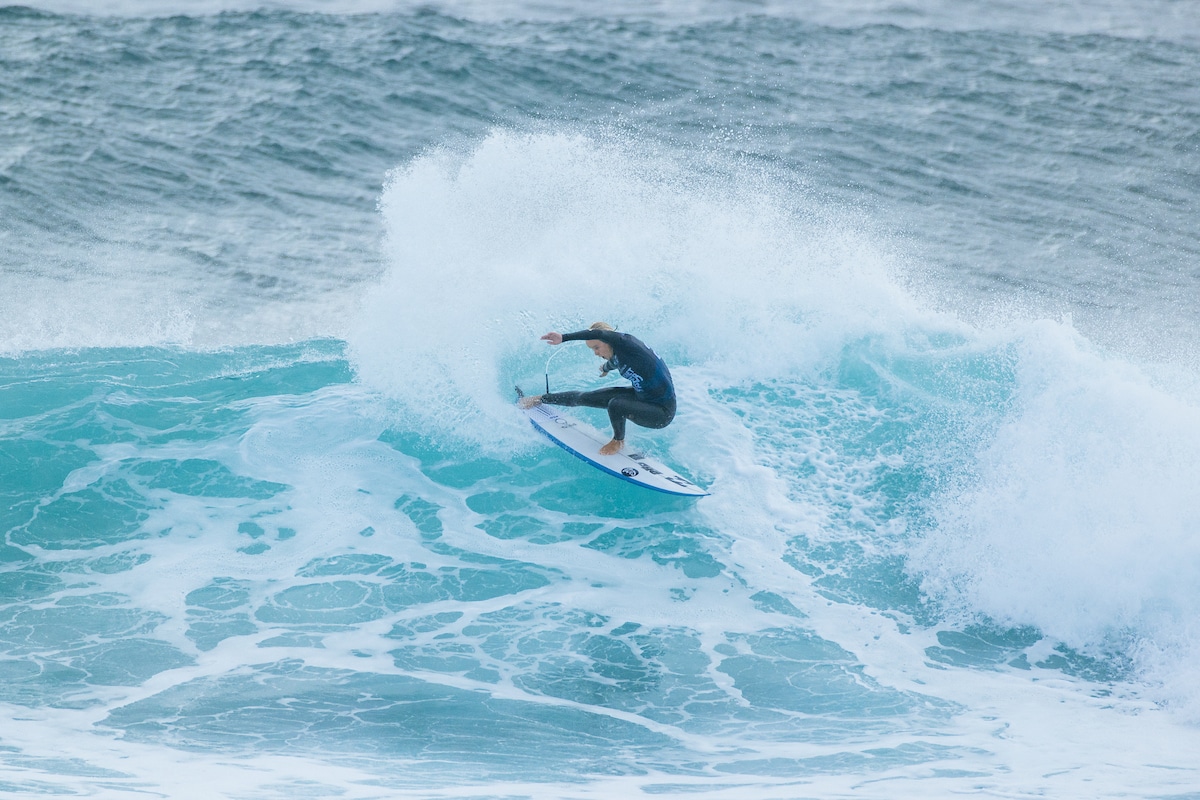 Nichols’ win not only marked her maiden CT victory, but saved her position to continue through the back half of the 2022 CT following the Mid-season Cut. Robinson had secured his place on above the cut following the previous event, and had his sights on winning the trophy in his hometown. His victory is the first Margaret River CT win by a Western Australian since Dave Macaulay in 1989.

Coming into the Final Day of competition at the Margaret River Pro, Isabella Nichols (AUS) sat in 12th position on the rankings and below the Mid-season Cut line. To move above the cut and keep her spot on Tour, the equation was simple: Win the event. In her second year on the CT and having only one CT Finals appearance under her belt, taking a win at the elite level would be no easy feat, but the Sunshine Coaster dug deep to overcome local hero Bronte Macaulay (AUS) in the Semifinals and rookie Gabriela Bryan (HAW) in the Final. 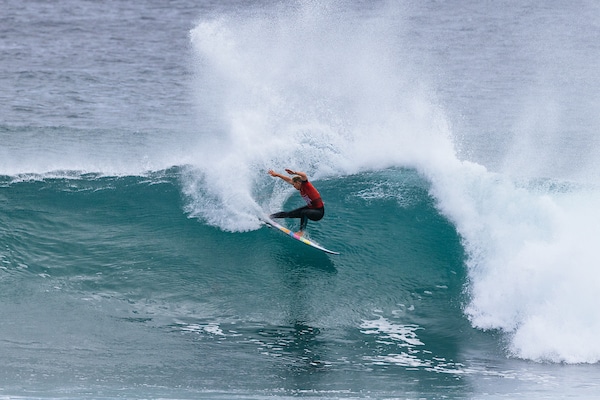 The final saw a back and forth battle between Nichols and Bryan, but in the end it was the smooth frontside of Nichols that saw her claim her maiden CT victory, and save her spot on the elite level. Nichols will now head to the Quiksilver Pro G-Land sitting in the fourth position on the rankings. 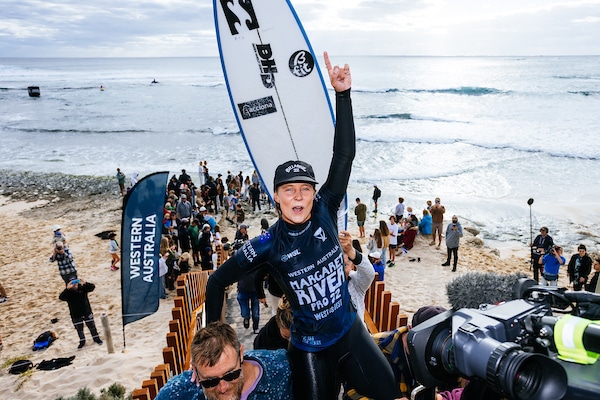 “This moment doesn’t even feel real at the moment,” Nichols said. “I’ve dreamt about this my whole life and I feel like this is going to take a while to sink in. There is no better feeling than this in the whole world. I just came to this event, and as corny as it sounds, I just had fun. It was just yesterday I was thinking about falling off Tour,, and now, it’s all about the WSL Final 5, the goals have changed. I just want to thank friends, family, fans, and sponsors, this is just amazing.”
Isabella Nichols 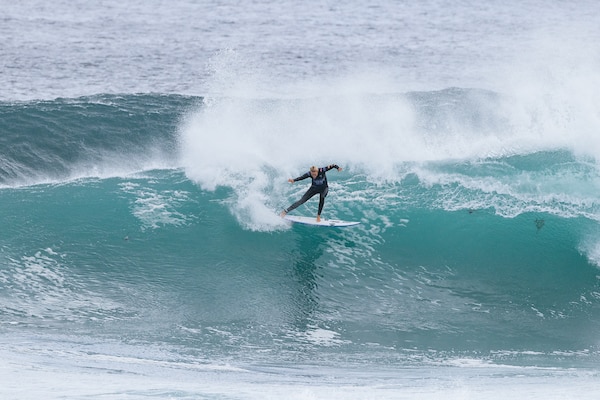 The women’s Semifinals started with a bang in Heat 1 Bryan and Courtney Conlogue (USA) who were both right next to the Mid-season Cut line coming into Margaret River. Bryan was quick to set herself up with a strong wave and was followed by a procession of above midrange scoring waves by both surfers. Bryan’s last-minute 8.73 (out of a possible 10) wave was enough to win the heat and progress her into her very first Final, ahead of the two-time World Title runner-up.

The new Mid-season Cut has now reduced the CT fields to the Top 22 men and Top 10 women. These top surfers will continue through the back-half of the CT in an effort to make the WSL Final 5 and compete in the Rip Curl WSL Finals. They have also all confirmed their places for the 2023 CT season.

Those who did not make the cut will need to compete on the 2022 Challenger Series in order to qualify for the 2023 CT. The eight-stop Challenger Series kicks off at Snapper Rocks at the Boost Mobile Gold Coast Pro presented by Rip Curl with promising swell on the way for the event window opening May 7, 2022.

Next Stop: Quiksilver / Roxy Pro G-Land
The next stop on the WSL 2022 Championship Tour is the Quiksilver and Roxy Pro G-Land, which holds a competition window from May 28 through June 6, 2022. The competition will broadcast LIVE on WorldSurfLeague.com, WSL’s YouTube channel, and the free WSL app. Check local listings for coverage from the WSL’s broadcast partners. For fans watching in Brazil, coverage of the competition’s Quarterfinals and beyond will continue exclusively on WorldSurfLeague.com and SporTV.