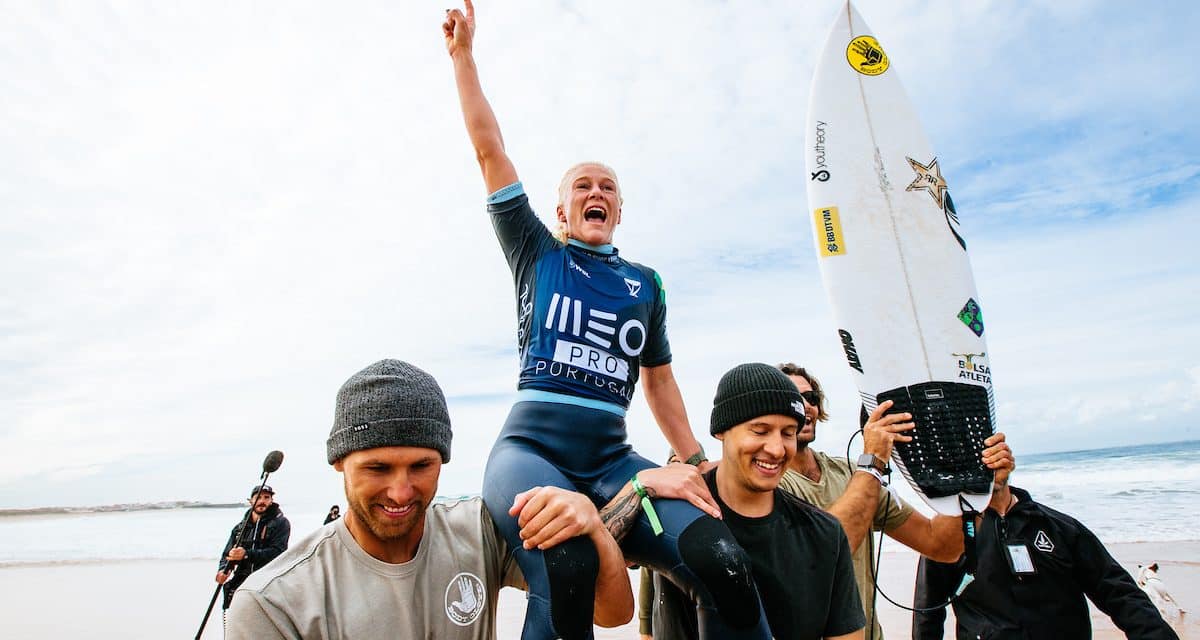 Tatiana Weston-Webb Claims Third CT Career Win, Makes Into WSL Top 5
Claiming a career-third win on the Championship Tour, the Brazilian bounces back in a big way after a deceiving start to her season where she was eliminated twice in equal 9th place at Pipeline and Sunset. Weston-Webb has moved up to 4th place on the season rankings heading into the last couple of events before the inaugural mid-season cut narrows the field down after Australia. 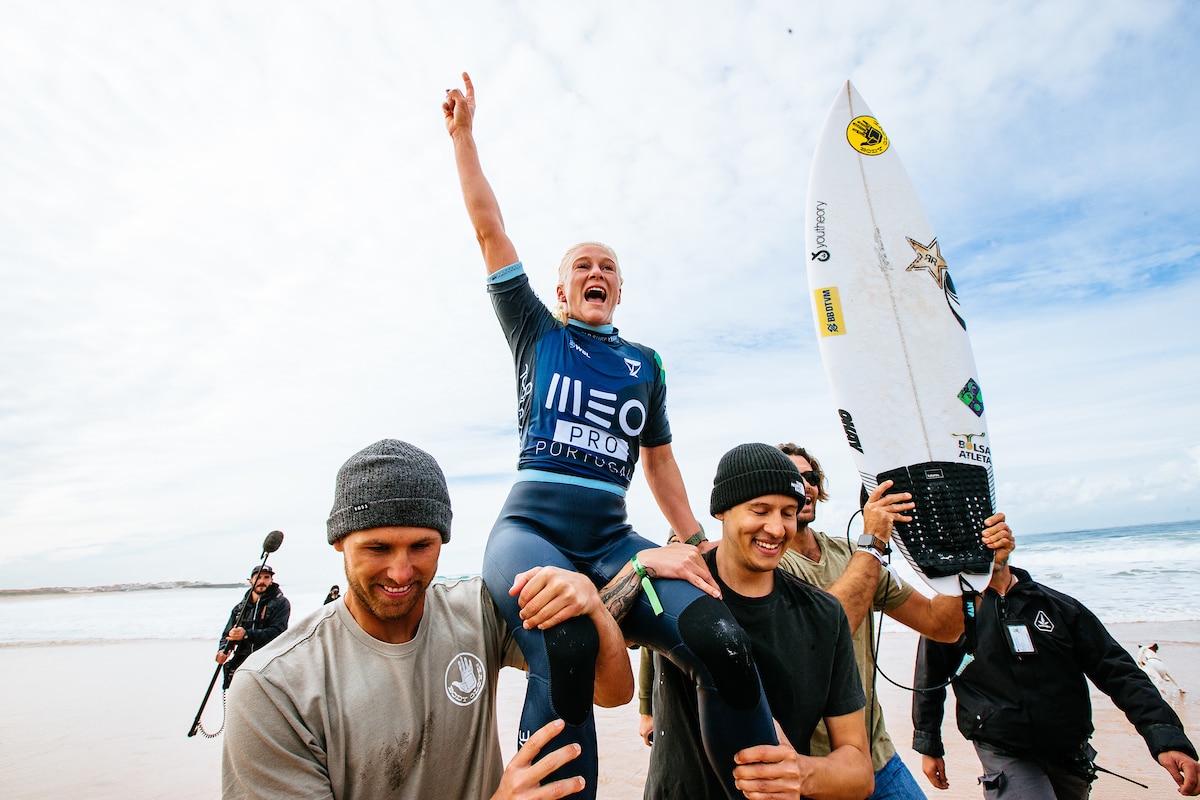 “I’m just so grateful. God always has a plan and I just trusted in Him,” Weston-Webb said. “Honestly, I just had so much fun out there! Lakey and I had such a great battle back and forth, I was really stoked just to be out there. I think I can do anything I put my mind to. That’s the beauty of surfing and the beauty of just trusting and believing in yourself, if you have that mental ability to just overcome those obstacles that put you down.”

“For me, the beginning of the year was such a bad start and it was at two venues I thought I would do really well at,” she continued. “So for me, I know God has a plan and I will just trust in it and keep surfing and trying my best and believing in myself. That’s the nature of every competition, you just need to continue believing in yourself no matter what.” 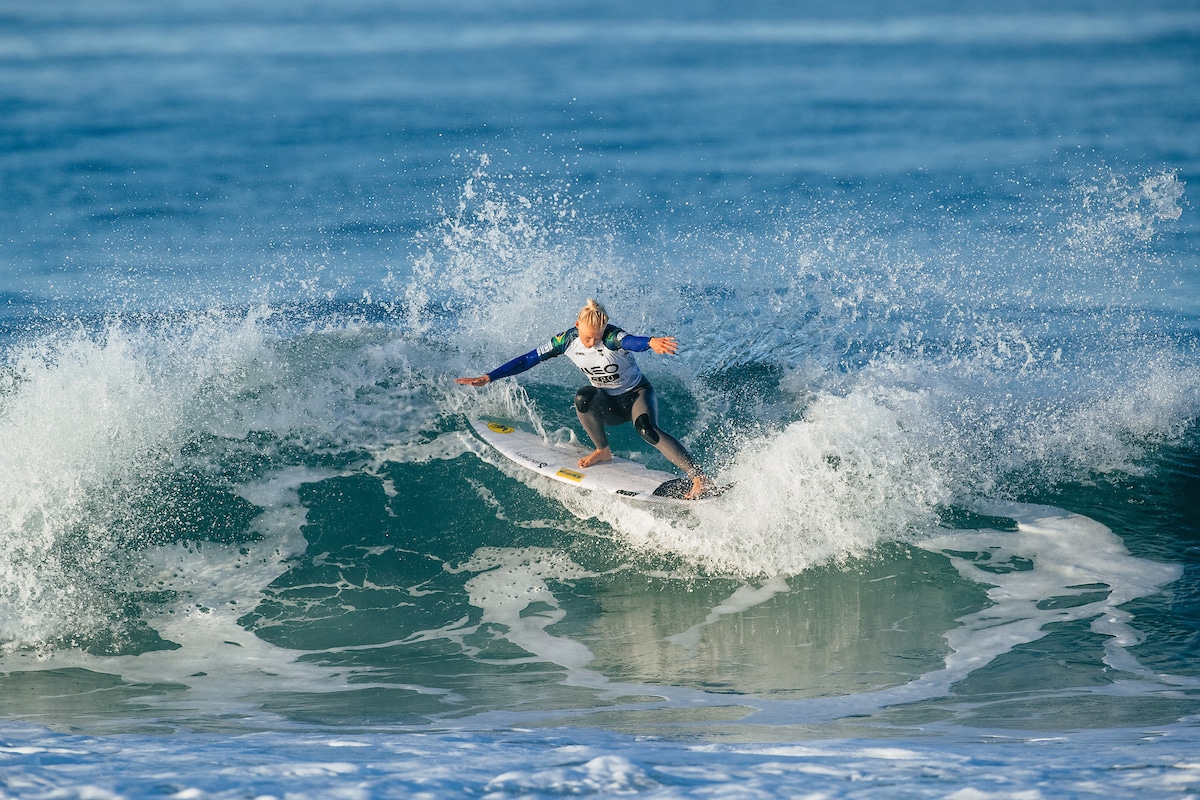 In the Final, Weston-Webb got busy early and found a good set wave to lay down two big turns for a 7.33 (out of a possible 10) and the lead. Peterson replied with a 7.10 of her own and continued to push, finding another good score on backhand snaps to turn the heat midway through. Both surfers kept multiplying their chances, paddling for every wave coming through the lineup and giving the judging panel a lot to think about, with forehand and backhand combinations of turns on the clean little peaks of Supertubos.

The Brazilian eventually found another gem to perform on her forehand to post an excellent 8 point ride and take the win in Portugal.
Peterson placed runner-up at Supertubos for the second consecutive time after a final lost to Caroline Marks (USA) in 2019. The Californian had an opportunity to grab the yellow jersey with a win in Portugal but will instead head to Australia ranked 3rd in the world. Coming back from an injury that sidelined her for most of the 2021 season, Peterson proved if anybody doubted that she’s back where she belongs among the very best surfers in the world. 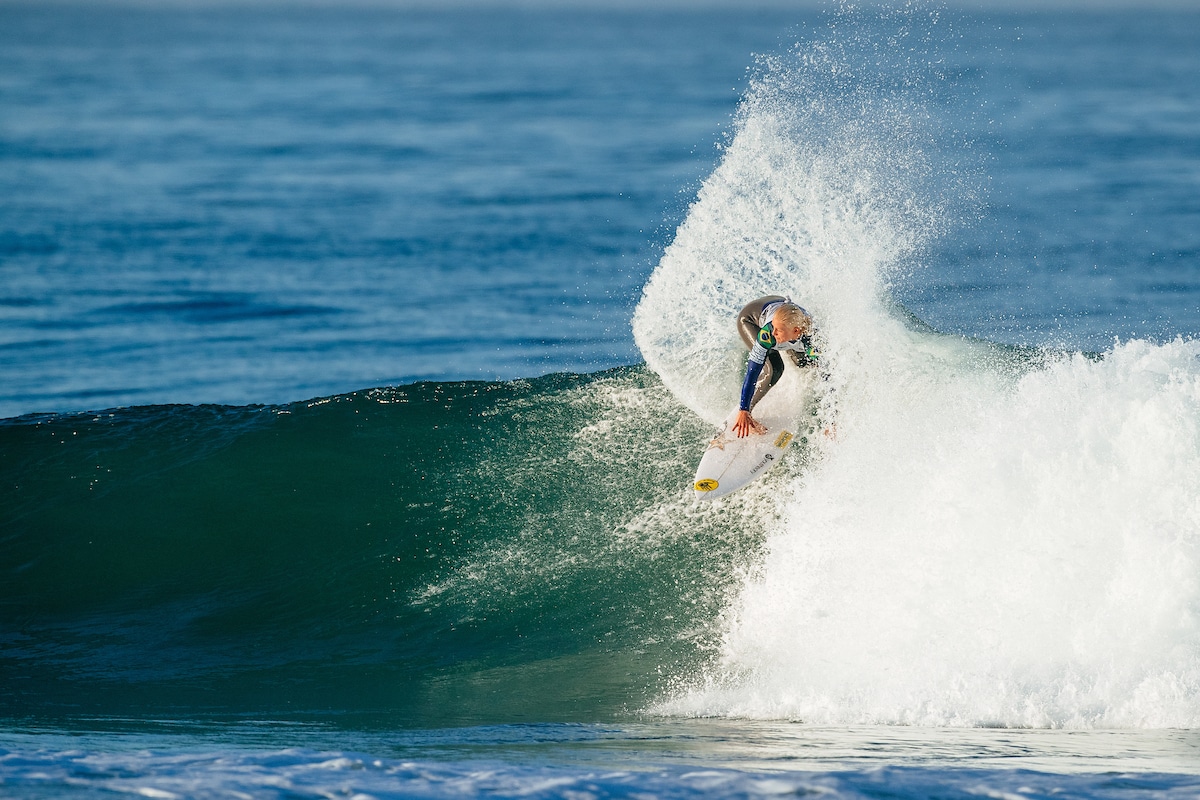 “It’s almost harder when you get so close, you’re right there and miss out on the win,” Peterson admitted. “It was a great heat with Tati, I’m stoked to be at the top of the overall rankings especially heading into Australia, Bells is like my second home now. It’s a great start, bummed I didn’t get the win, but congrats to Tati, she’s a really deserving champion and it was great to have a heat with her. I’m happy with my performance, but definitely hungry for more.”

Peterson had previously eliminated seven-time WSL Champion Stephanie Gilmore (AUS) in their Semifinal bout. The Australian built a healthy lead at the beginning of the heat but was eventually overtaken and had to settle for equal third in Peniche.

In a rematch of last year’s Rip Curl WSL Finals, Weston-Webb came up against five-time WSL Carissa Moore (HAW) in the Semis, but this time the Hawaiian couldn’t find the right waves to lay down her big turns and was forced out of competition in equal third place.