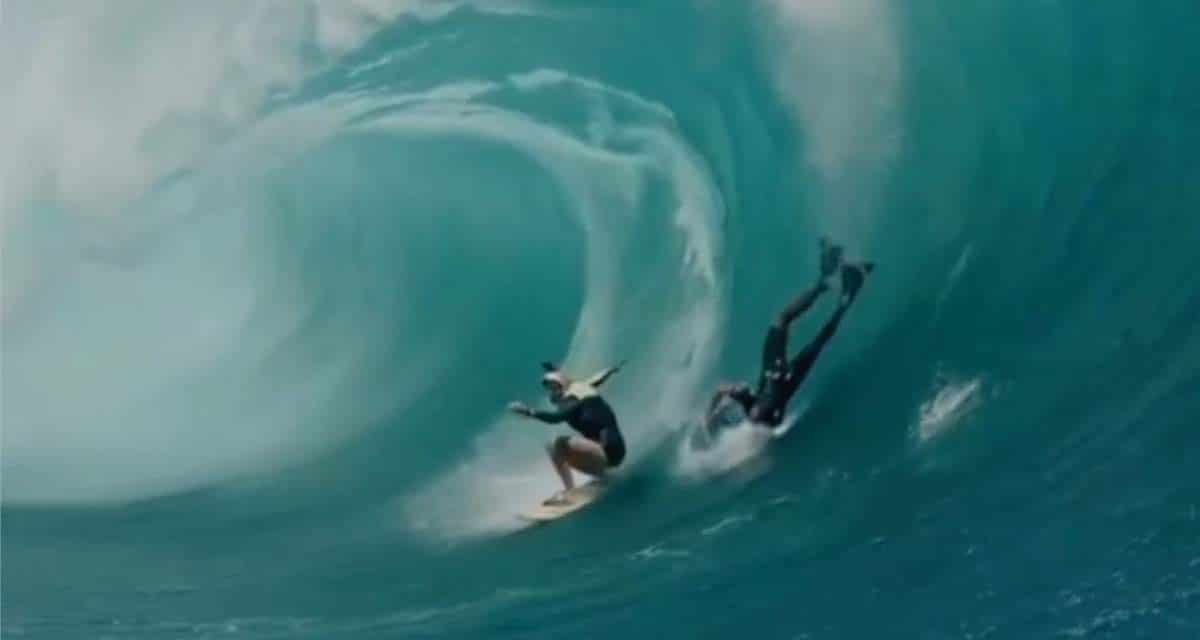 Here’s what Justine had to say to clarify her side of the story.

Justine had this to say to put the record straight, “Sorry for the big fans of controversy, my side of the story will disappoint you. The conditions at Teahupoo were really cool today with strong paddling waves and frequent tow sets. My goal was to gain experience paddling and make a nice one. After a few wipeouts and a good intermediate wave I took a little break, The locals were paddling and towing in, it was really inspiring.
The atmosphere was really great and there was no animosity between paddlers and tow surfers. The vast majority of surfers in the lineup have alternated between one and the other. When the opportunity came with the Tahitian legend ‘Poto’ Vetea David, I took it to go tow a few waves.
I didn’t surf the first one well, I found myself in front of the tube. I’m happy with the second one, I got a better line. And then there was this one. The wave looked really cool, I took my line and saw the bodyboarder turn around and paddle. I hesitated whether to go straight or jump off my board and finally I thought that maybe I could avoid it. He touched my arm, it was super close but I could make it.
He told me he was sorry and hadn’t seen me. It’s part of surfing and there are no problems. The main thing is that neither of us gets hurt.
Thanks to all the locals for the encouragement and the good vibes.
Thank you Uncle Poto. See you in the line up tomorrow.”