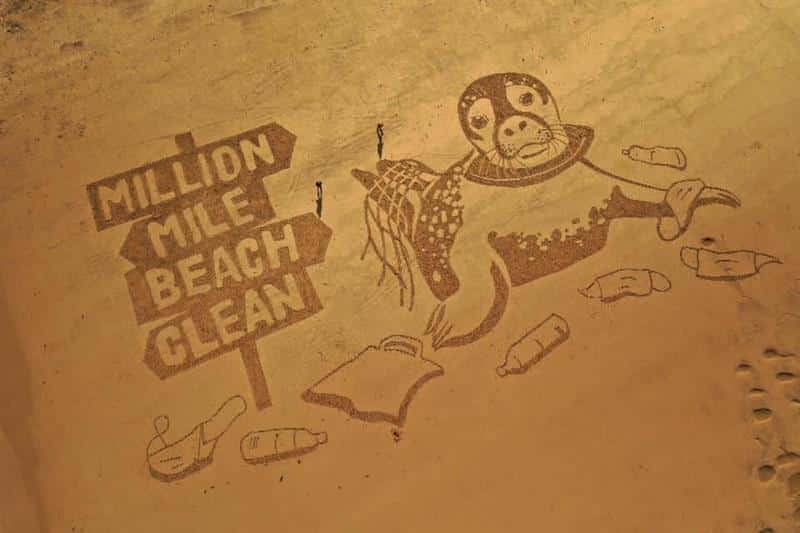 UK charity Surfers Against Sewage today marked the launch of their ‘Million Mile Beach Clean’ with a 50-metre sand drawing of a seal surrounded by plastic on Cayton Bay in Yorkshire.

The striking image highlights the impacts of plastic pollution on marine wildlife, which the charity aims to tackle this year by inspiring 100,000 people to clean up their local beach, river, street or green space. The result will be one million miles cleared by the end of the year, protecting oceans, beaches and wildlife – and giving Brits a much-needed boost as we emerge from lockdown. 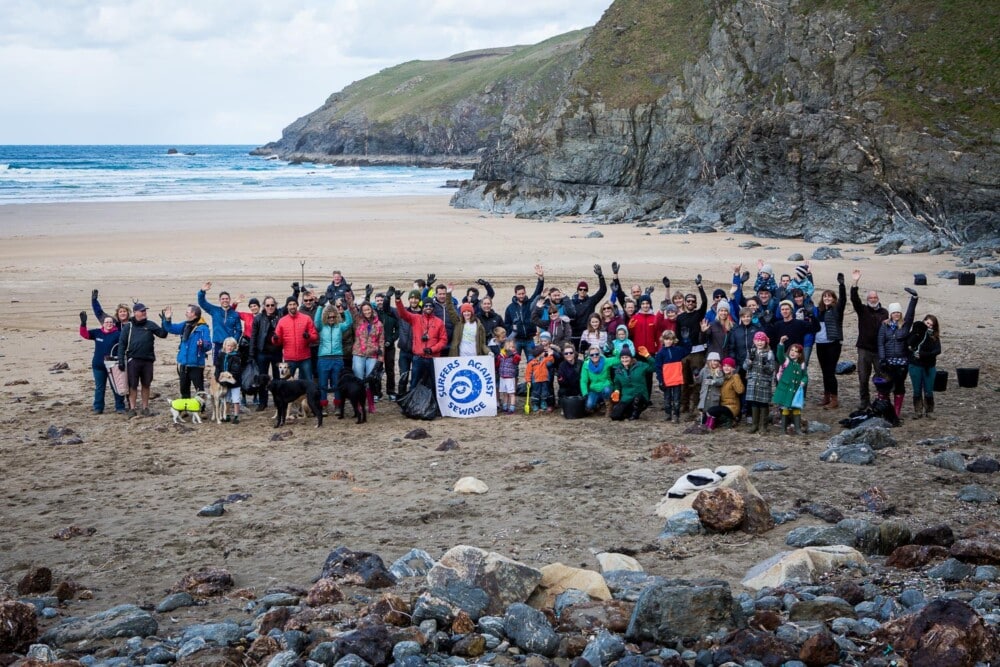 The Million Mile Beach Clean is part of a new environmental initiative, the Million Mile Clean, encouraging people to get out locally, on streets, country lanes, in parks and along local waterways to tackle plastic pollution and litter. The campaign aims to reconnect people with their local environment to help their physical and mental wellbeing. The lead partner for the campaign over the next three years is the Iceland Foods Charitable Foundation (IFCF), building on its previous support for nationwide beach cleans.

Whilst the initiative will run throughout 2021, the first week of action will take place between the 15th and 23rd of May. Surfers Against Sewage are calling for Clean Leaders across the UK to join the biggest ever beach clean and register to lead a clean during this period.

According to new research commissioned by Surfers Against Sewage, over half of Brits (54%) think COVID-19 has led to an increase in plastic pollution, with almost two-thirds (59%) seeing more waste in their area over the last 12 months. This increase could be down to the fact that nearly a fifth (18%) of the population has bought more single-use plastic items as a result of the pandemic, with the same proportion opting to use disposable face masks rather than reusable ones.

Surfers Against Sewage are calling for people across the UK to join the campaign and commit to cleaning up their local beach or neighbourhood. To get involved visit their website here and track your beach cleans via their Strava Club community group. The initiative will last throughout the UN Decade of Ocean Science, delivering a million miles a year, ten million by 2030 and aligning with SAS’s ten-year ambition of ending plastic pollution on UK beaches by 2030.