Boardmasters is Back 11-15th August, Yay! 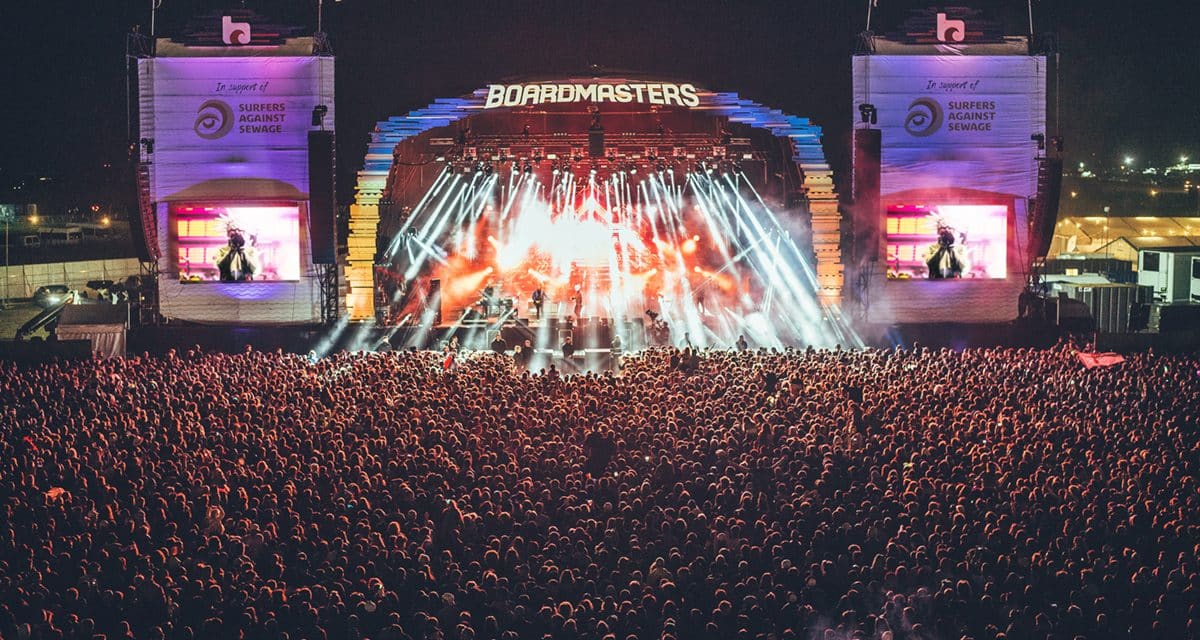 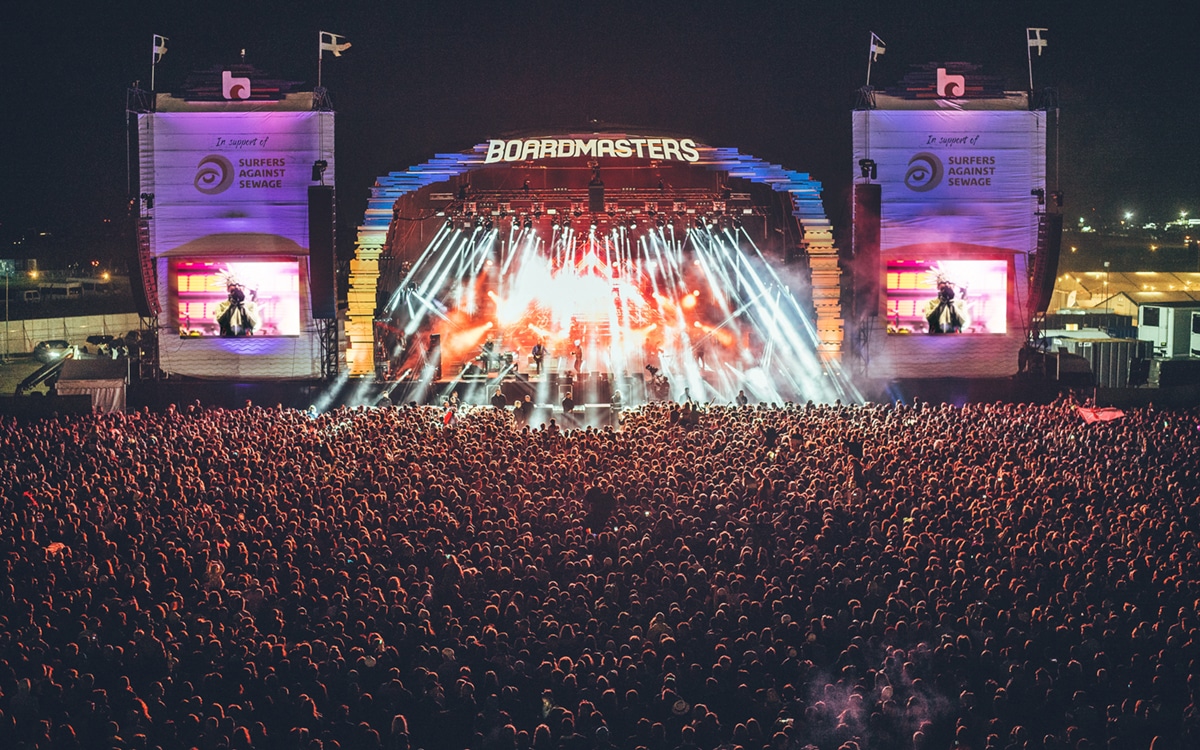 Boardmasters returns this summer from 11 – 15 August 2021 and today, the first wave of artists have been revealed.

Not one, not two, but all three headliners are announced today as Foals, Gorillaz and Jorja Smith. Plus, more than 100 of the world’s most exciting artists including Sam Fender, Lianne La Havas, Mahalia, Loyle Carner, The Kooks, Becky Hill, Jamie xx, Blossoms andslowthai have been added to the line-up for what’s set to be an unmissable five days on the Cornish coast. Cornwall’s own surf and music festival will welcome huge names making waves in international surfing at Fistral Beach, as well as an unbeatable line-up of world-class musical talent at Watergate Bay. 5 Day Camping tickets have sold out, with limited Day tickets going on sale alongside the announcement, see boardmasters.com for more information. 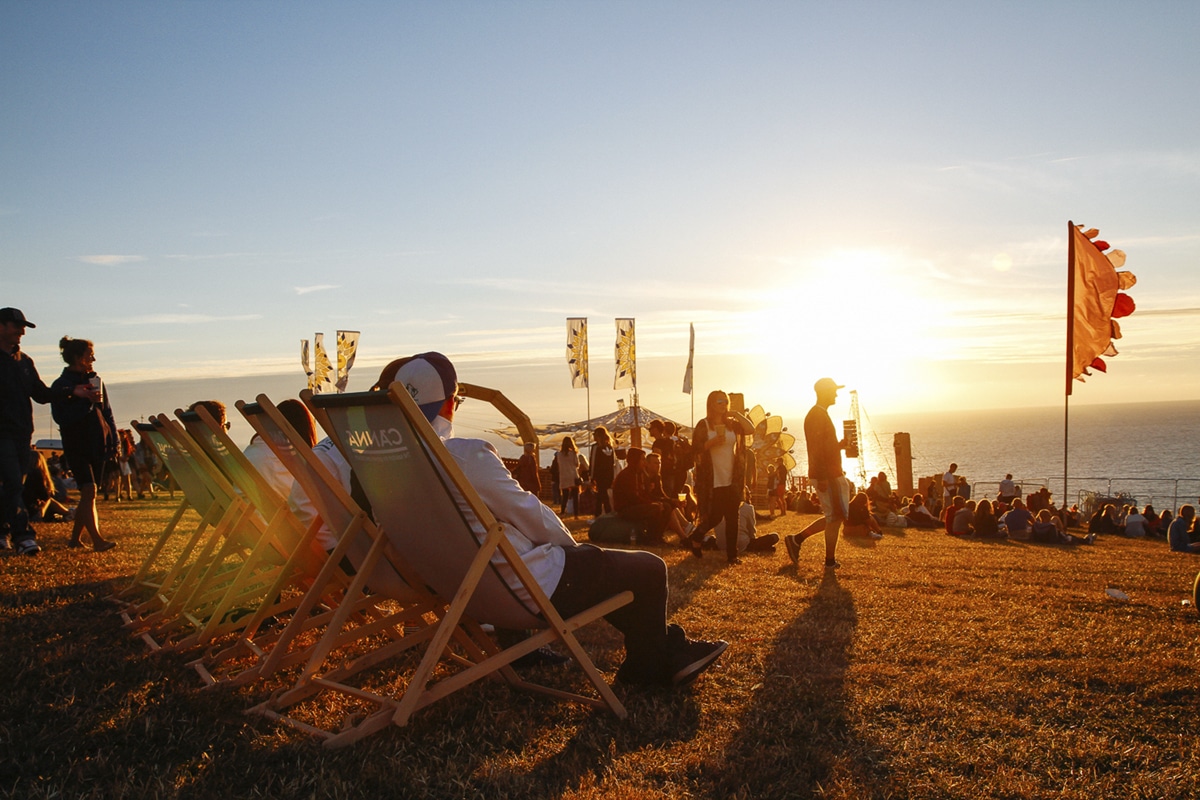 Fronted by Yannis Philippakis, Foals first burst onto the scene in 2008 with Antidotes, a release which cemented them instantly as a mighty musical tour de force. Three critically acclaimed LPs and a string of hit singles followed and, in 2019, Foals released two new studio albums, Everything Not Saved Will Be Lost Parts I & II, which between them secured the band their third Mercury Music Prize nomination, their first #1 UK album and Best British Group gong at The Brit Awards in 2020. Headlining Friday night at Boardmasters, fans can expect nothing short of an electrifying set, featuring their biggest hits including ‘My Number’, ‘Spanish Sahara’, ‘Exits’, ‘Mountain At My Gates’ and possibly some new music, too, with the band teasing a return to the studio just last year.

2021 marks the 20th anniversary of Gorillaz and their self-titled debut album, and what better way to celebrate than with a huge Saturday night headline set at Watergate Bay. The biggest virtual band on the planet led by Damon Albarn with 2D, Noodle, Murdoc Niccals and Russel Hobbs, will put on a full scale production, a feast for the eyes and ears. 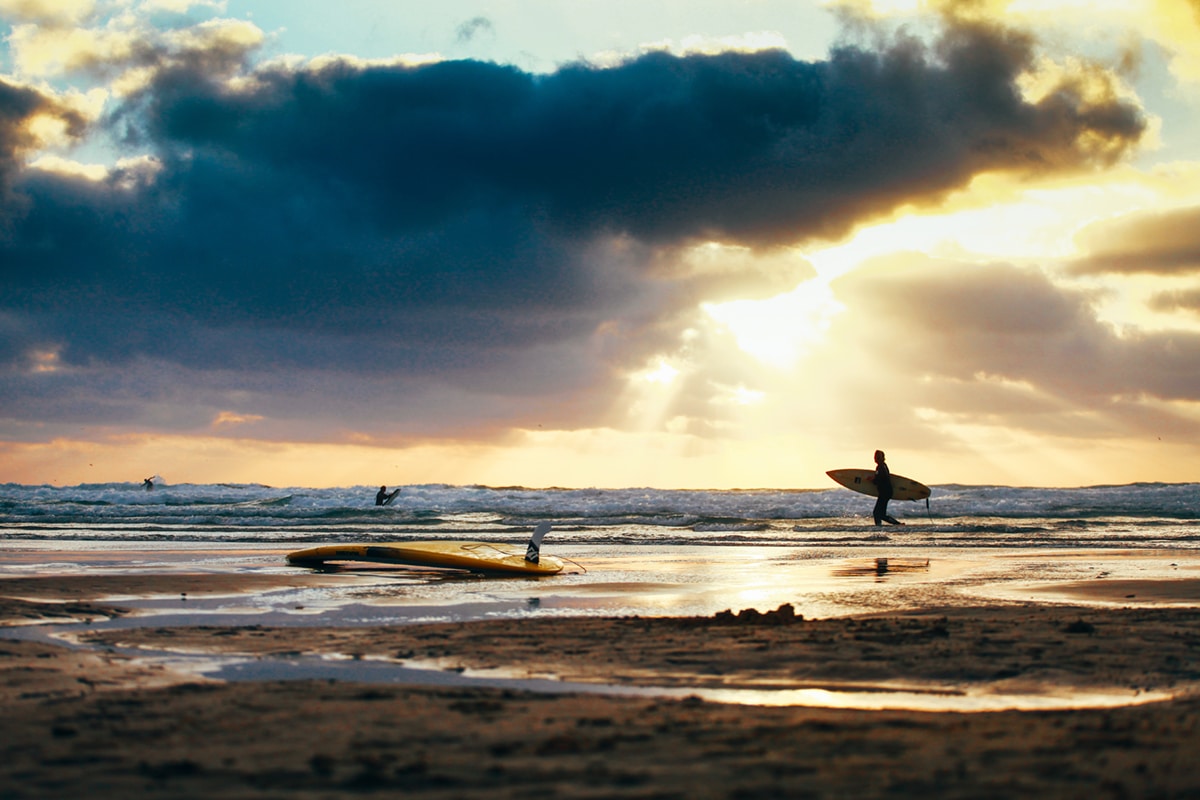 Wearing the crown as the British queen of r&b and soul, Jorja Smith is Sunday night’s headline act. Since the release of Mercury-nominated album Lost And Found in 2018, Jorja has fast become one of the most exciting rising stars in the UK. She’s collaborated with everyone from Burna Boy, Popcaan and Maverick Sabre, and has just announced a brand-new eight-track project out in May. With hits including ‘Blue Lights’, ‘Teenage Fantasy’ and ‘Be Honest’, Jorja will bring Boardmasters 2021 to an epic close.

Today’s announcement unveils over 100 more artists who are set to play Boardmasters this August. Having toured around the UK and Europe, Geordie singer-songwriter Sam Fender is now set to bring his big guitar anthems and inimitable vocals to Watergate Bay this summer. Recently nominated in the ‘Female Solo’ category for this year’s BRIT Awards, Lianne La Havas will add a slice of summer soul, along with R&B royalty Mahalia, British MC Loyle Carner, and ‘Naive’ and ‘She Moves In Her Own Way’ indie favourites The Kooks.

Becky Hill has a catalogue of huge hits which are perfect for dancing the night away at Watergate Bay, including ‘Afterglow’, ‘Back & Forth’, ‘Wish You Well’ and ‘Lose Control’. Also not to be missed, DJ and producer Jamie xx, one of the UK’s biggest indie bands of the moment Blossoms, and Northampton’s own Grammy-nominated slowthai. 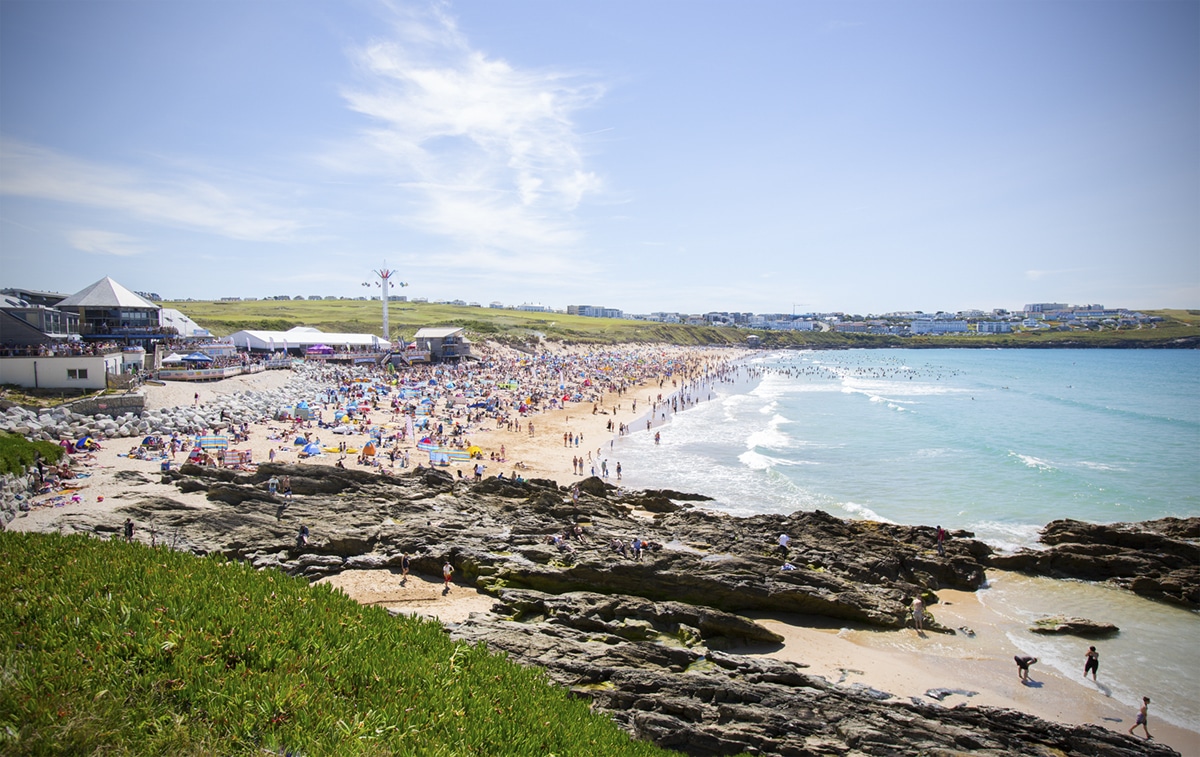 See below for the full line-up so far for Boardmasters 2021.

With two stunning sites on the Cornish coast, Boardmasters has plenty on offer beyond the music. At Fistral Beach, the UK’s surfing mecca, Boardmasters will host the biggest names on the surf scene for five days of competitions, the Boardmasters OPEN and the BFGoodrich Longboard OPEN. Head to Fistral Beach to watch the action unfold! Plus, there’ll be much more for festival-goers to enjoy, with yoga, gong baths, wellbeing workshops, beach cleans, coastal adventures, family fun, late night parties, VIP DJ sets, after parties, the UK’s biggest silent disco, a huge selection of street food, gourmet dining and live comedy.

Tixel will operate as the official peer-to-peer resale site for this year’s Boardmasters festival tickets. Boardmasters festival organisers remind fans not to buy tickets from unofficial sources, including friends and people they meet via social media as these tickets will not be valid and they won’t be able to get into the festival. The only official source to buy resale tickets from is Tixel.

Boardmasters Festival Organiser and Co-Founder, Andrew Topham said, “We are delighted to be able to announce the first wave of artists for this year’s Boardmasters, including three world-class headliners, Foals, Gorillaz and Jorja Smith. On behalf of the entire Boardmasters team, we’d like to say a huge thank you to all our fans, artists, suppliers, the local community in Cornwall, and everyone who is involved in making this festival happen. Thank you for sticking with us over these past two years, your continued support has been truly overwhelming and quite simply, we couldn’t do it without you. Roll on August, we can’t wait to see you all this summer.” 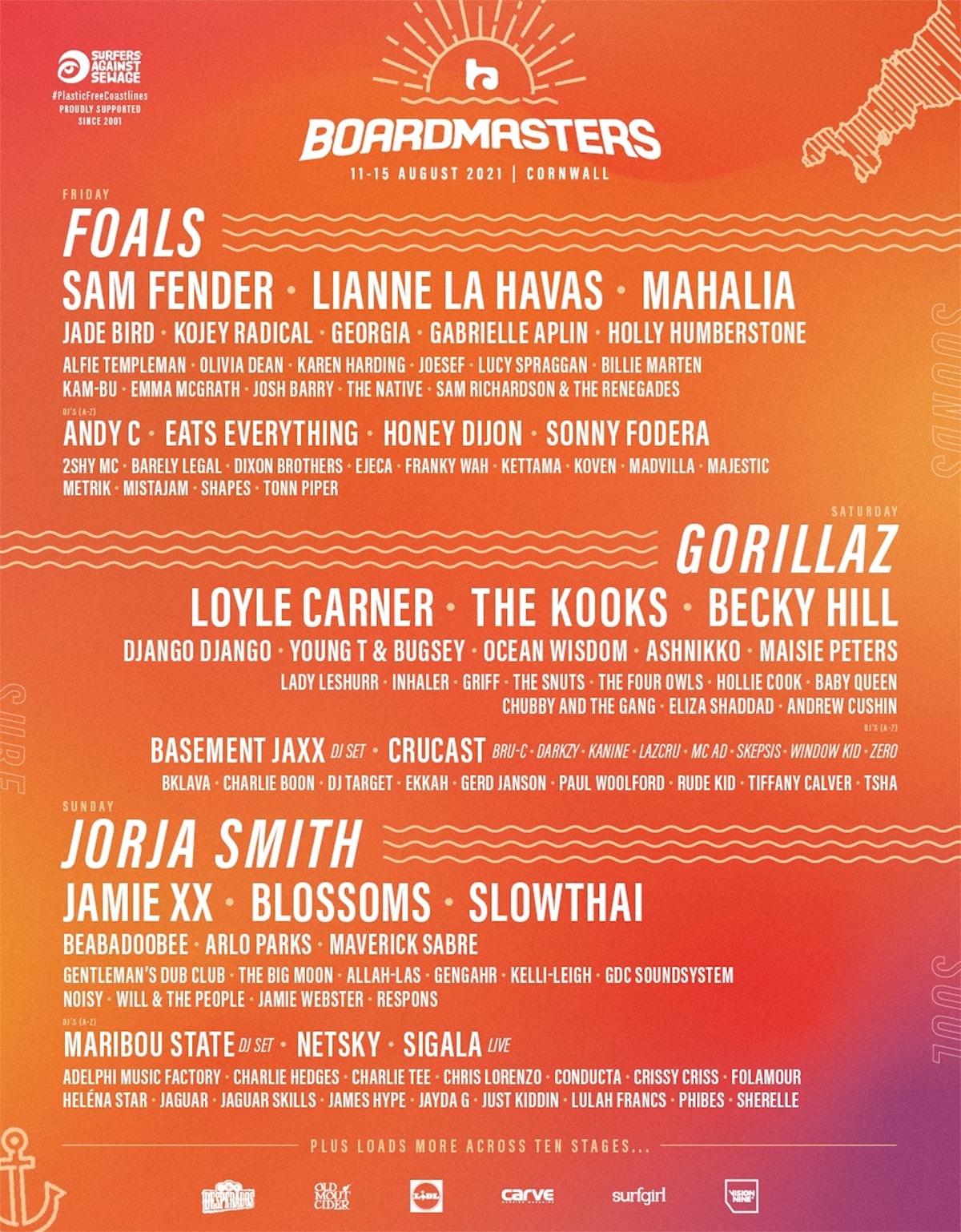