Surfing and Gender Equality: The Drop In 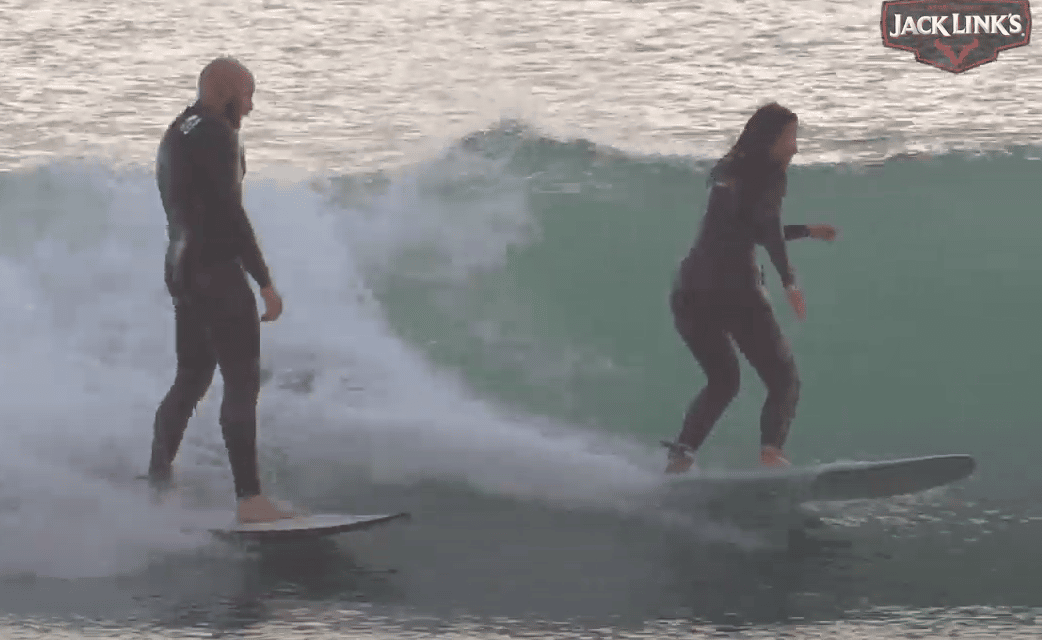 Mash Chebotarova dropping in on the guy from The Raglan Surf Report. You’ve got to laugh….

“I got dropped in on…BY A CHICK…it was hard to take…”. Is chivalry dead? We don’t condone drop ins but having them mansplained by Luke from the Raglan Surf Report is so funny. To make matters better we contacted Mash to see what she her take was.

“I was born in Crimea, it is a peninsula located on the northern coast of the Black Sea in Eastern Europe. Then at age 9 I moved to Canada and have lived in the Vancouver area since up until the last 8 months, which I have spent in Raglan, NZ.  I have only been surfing since last year. I’ve been a handful of times before moving to Raglan which is where I’ve learned to surf mainly.

When I first heard about the video I was in the kitchen with a bunch of male friends who told me that I need to see this but no one said what I was looking at. So when I saw it, my first initial reaction was, “Oh no this is so embarrassing. Now everyone is gunna know!”. However I tried to laugh it off, which is pretty funny now and I just have to own it. I was 100% surprised. Especially too because I remember that day and that drop in exactly. As I was on the wave I thought ,“Oh shit, I literally just cut someone off.” It’s like one of those moments when you are in traffic and you cut someone off by accident and they honk at you like get off the road! Aha.

I’ve surfed a few different breaks in the north island of New Zealand so far, which I’m extremely grateful for. I have to say that some spots, as soon as I get out the back, I notice the heaviness of the energy and at some spots humans are extremely friendly. I guess being treated as an equal can mean different things and look differently for every individual. From my own personal experience, some days I think I am being treated equally but some days comes with being yelled at and some days comes with being respected when I am paddling for a wave, then there is days when 10 dudes try to paddle for the same wave as me.

As for the guys, surfing is an independent sport, and at times it does become pretty competitive out there, I get that. I mean I’ve had moments too when I wanted to scream at someone when there is 50 people out at the break. However, we’ve all had to start somewhere, and we all had to learn to surf at one point in our lives and reflecting back on those times, yeah we have all probably experienced shit days and the frustration of it. However at the end of the day, we all surf because there is no other feeling like it.

Being out in the open water, catching that perfect wave where for that split second nothing else matters. Remember that the next time you are out in the water. I invite you to perhaps practice patience while being in the ocean, then take that patience and bring it home with you, perhaps where it’s needed most like your relationship, your job, whatever it may be. This goes for anyone really, including myself.