The Pros Are Back With The Rumble at the Ranch 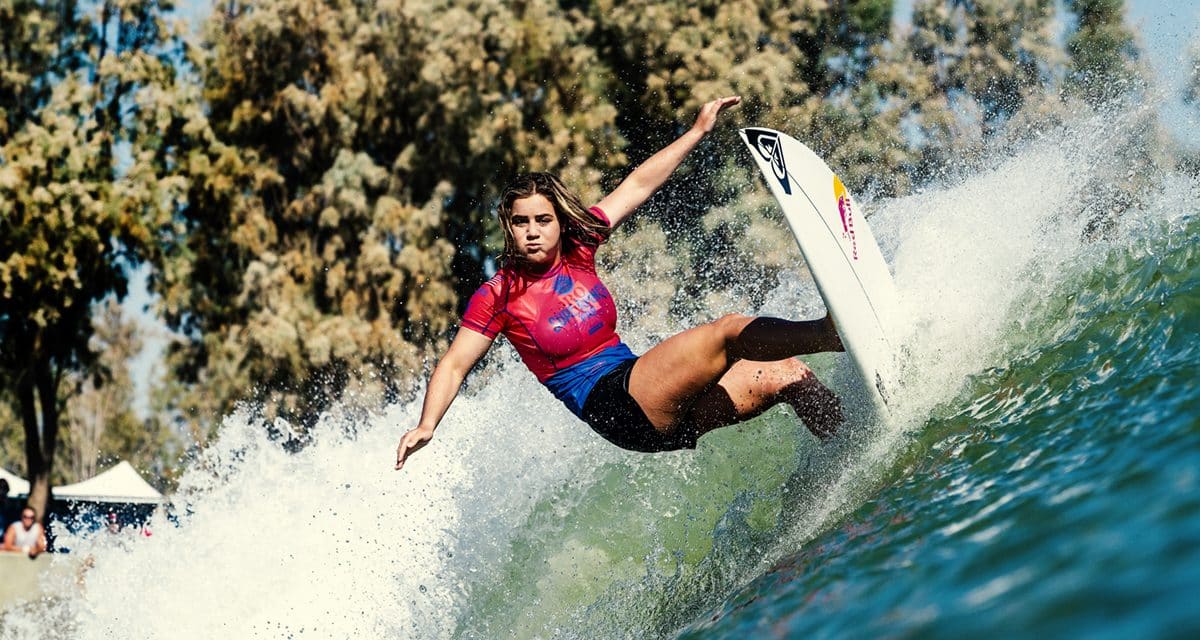 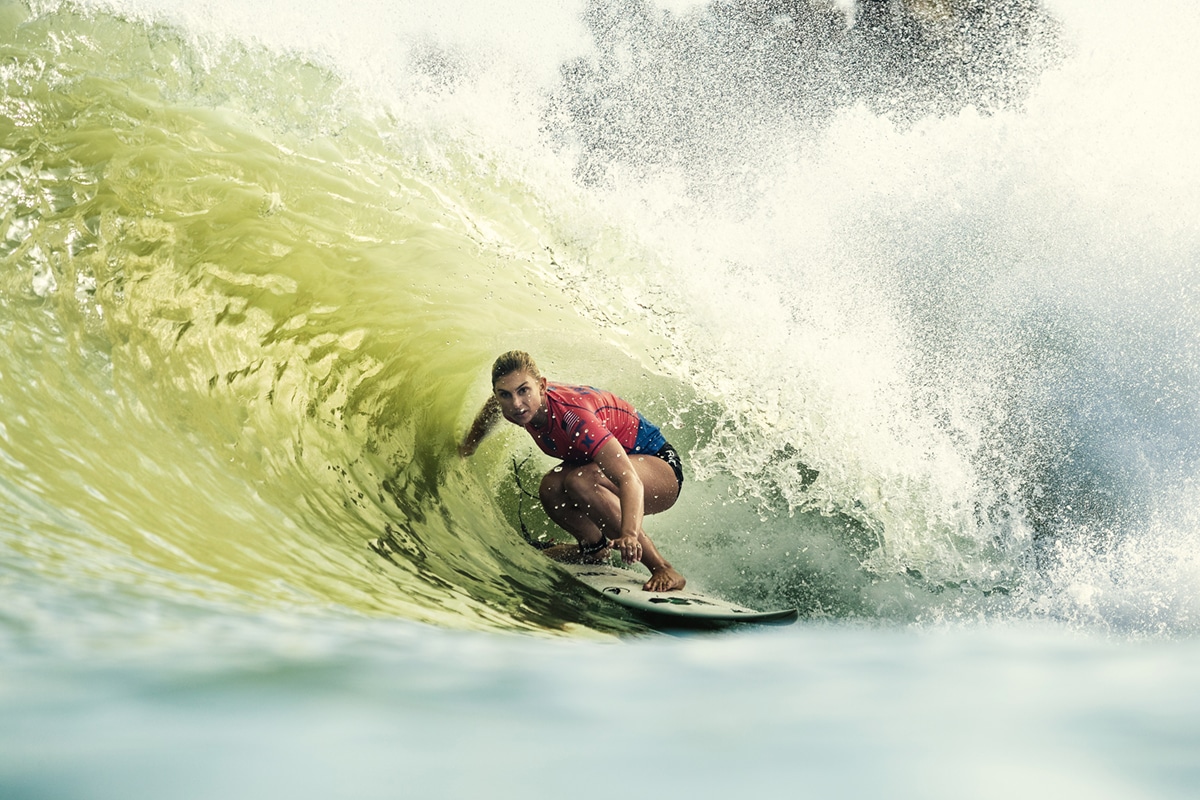 Live competitive surfing is back this weekend with a one-day, winners-take-all surf showdown in the perfect waves at the Surf Ranch in Lemoore, California on Sunday, August 9, 2020 at 3pm ET / 12pm PT.

The full list of competitors and teams were revealed during a Selection Show on WorldSurfLeague.com. 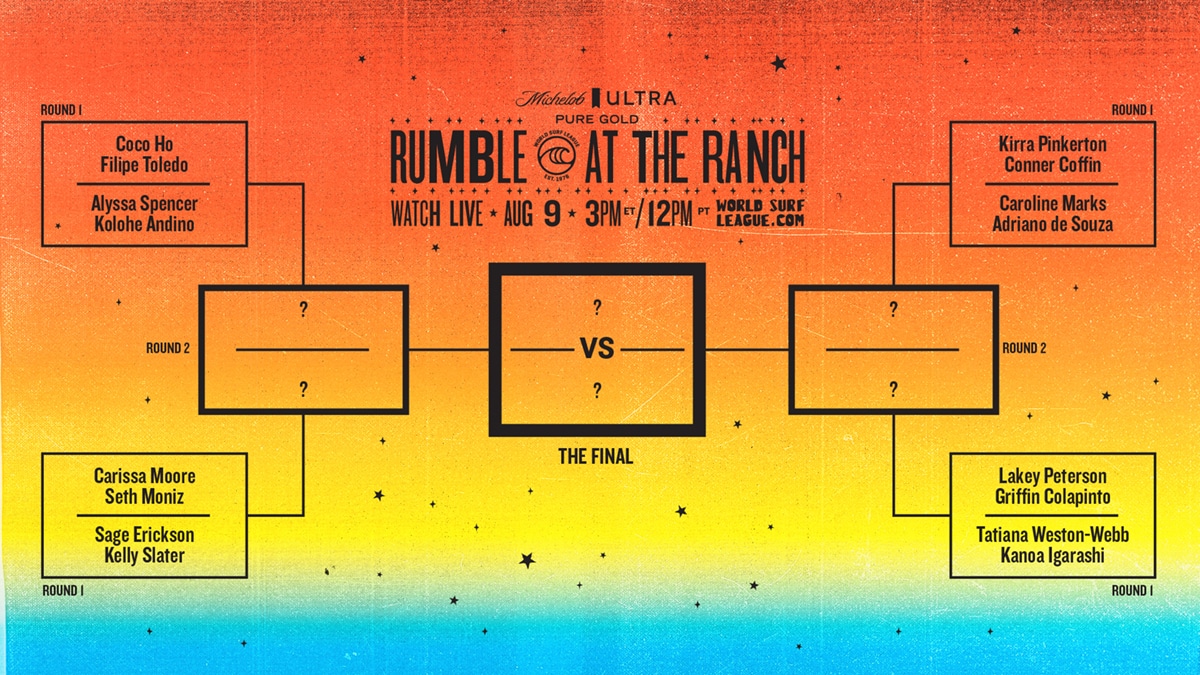 Slater, the 11-time World Champion, is teaming up with Erickson, and the pair will match up against Moore and Seth Moniz.

“Kelly is the best, so if I’m going to be paired with the ultimate perfectionist there’s very little room for error,” said Erickson. “I surf better under pressure and that’s why I love to compete because I love to put myself in uncomfortable situations. That brings the best out in me and that’s what I think Kelly will do also. If I’m going to do my best surfing, it’s going to be with him. I can’t believe it!”

Peterson, the defending Surf Ranch Championship Tour event winner, is paired with Griffin Colapinto, who finished the 2019 event in third place. The stacked team will go head-to-head with Olympic qualifiers Weston-Webb and Igarashi in Round 1. 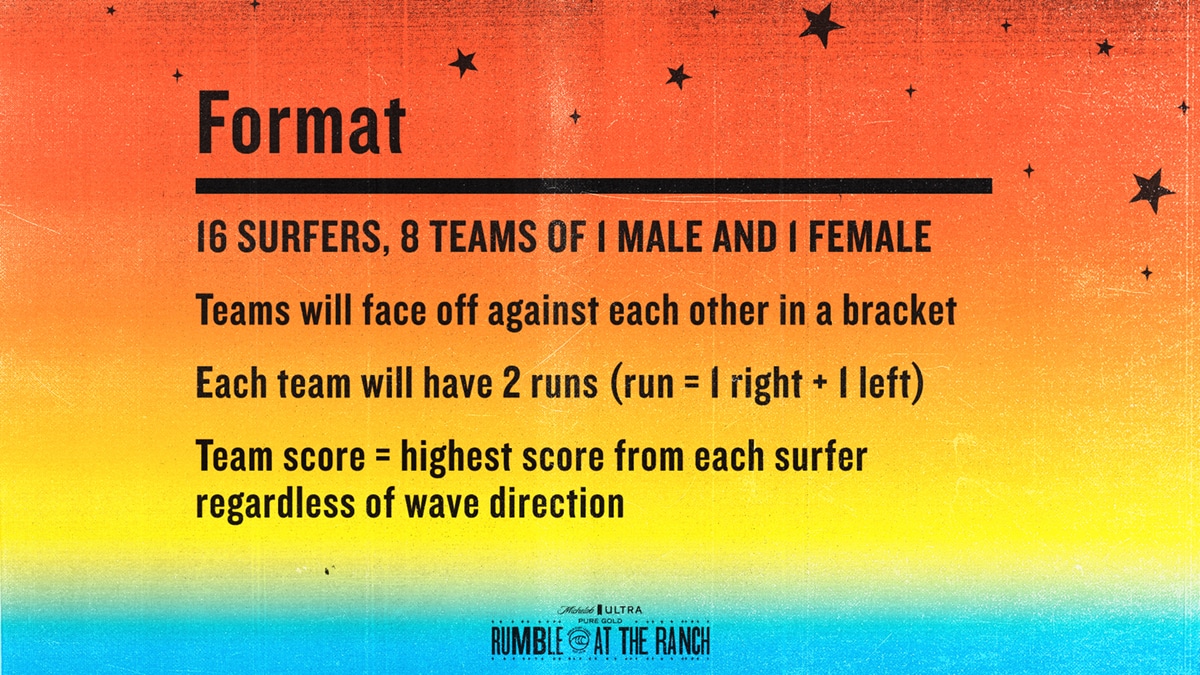 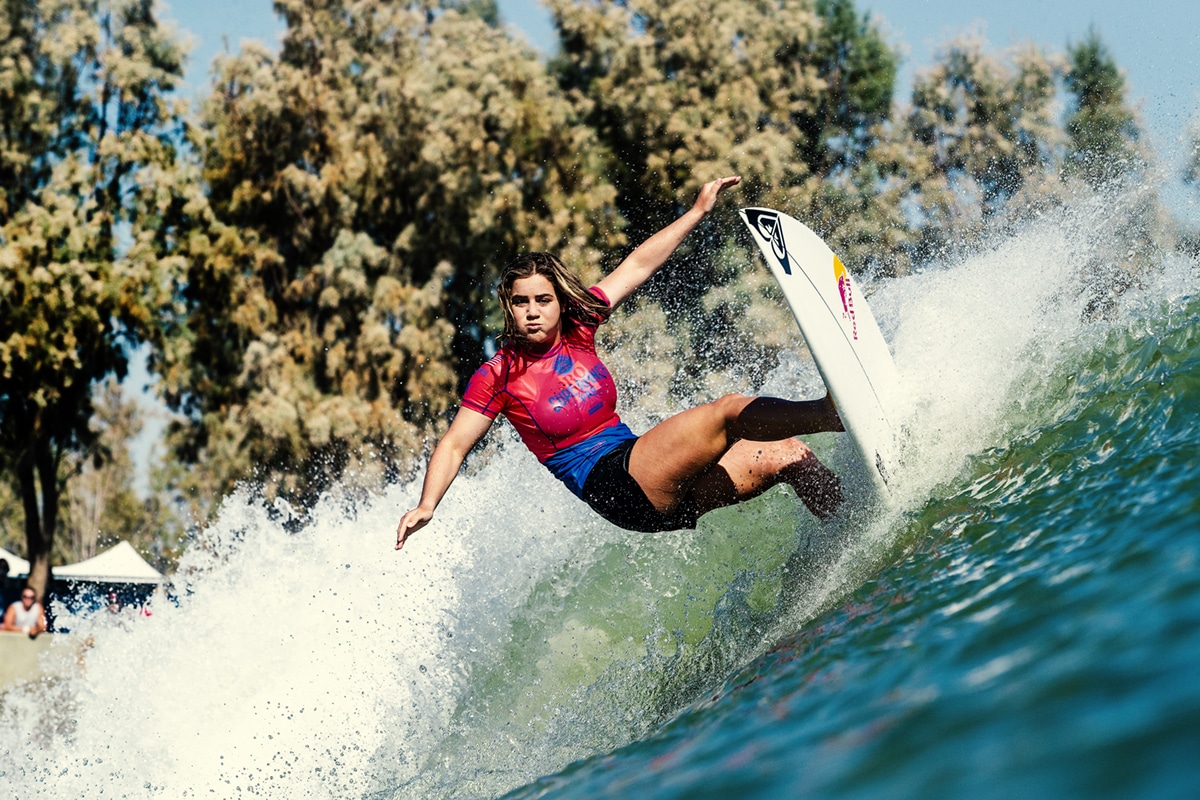 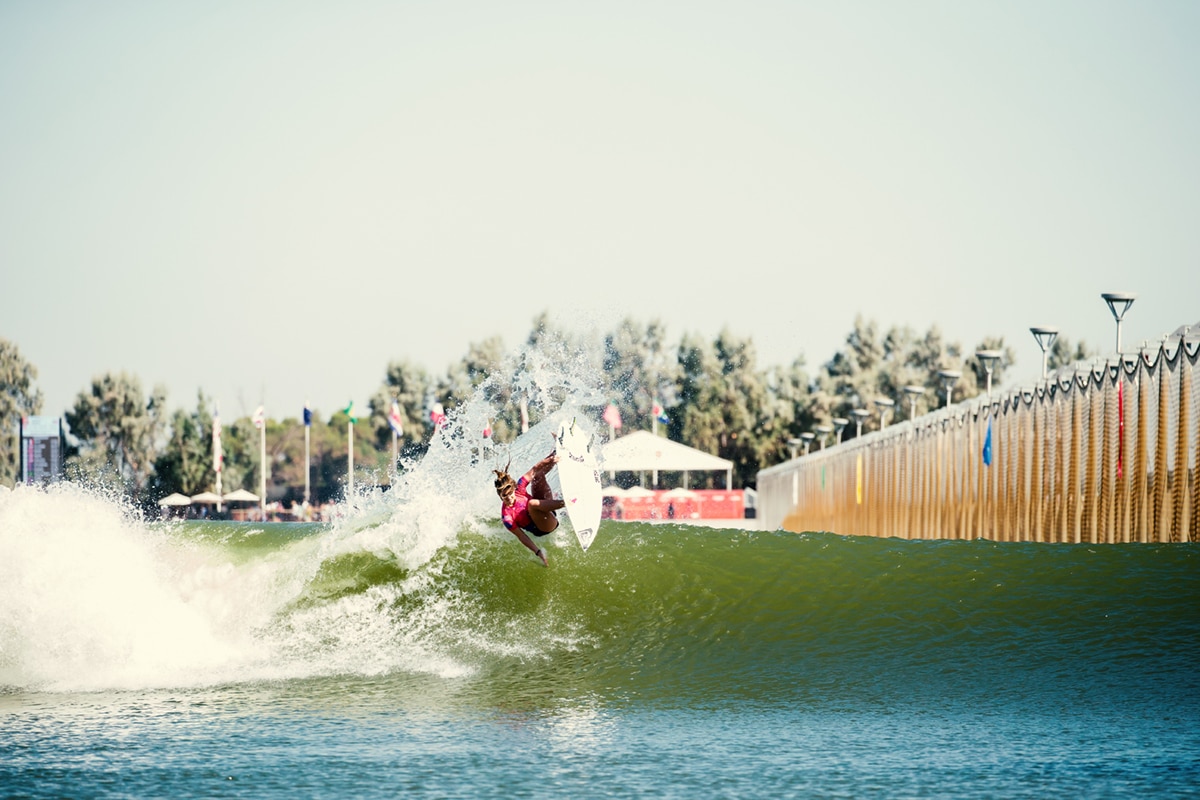 The Michelob ULTRA Pure Gold Rumble at the Ranch will be broadcast live on WorldSurfLeague.com starting at 3 pm ET / 12 pm PT on August 9, 2020. In the US, FOX Sports will telecast the event live on FS2 from 3 to 5 pm ET and then will continue on FS1 live from 5 – 7 pm ET. Check local listings for details of additional broadcasters. The WSL Surf Ranch venue will be closed to spectators and the production and event will be run by the WSL.

Health and Safety
WSL officials have collaborated extensively with public health officials, medical experts, as well as local and state officials, to create a thorough plan to ensure the health and safety of participants, staff, and the surrounding community. This event will be strictly executed to follow the WSL’s health and safety procedures, which were developed based on guidelines set by the Centers for Disease Control and Prevention, World Health Organization, and emerging best practices established by other sports leagues and broadcast-only live sports events. These procedures include testing for athletes and essential staff, strict social distancing measures, temperature checks, and minimal personnel on-site.