Boardmasters is a WSL Qualifying Event

Boardmasters had a proud history as, for many years, the UK’s only World Tour event. For a few golden years England and Scotland hosted the tour but in recent times it’s been sparse. Sure BM has been a stop for the WSL longboard crew the last few years but it’s not quite the same.

So it’s with great joy we share the news from Boardmasters that the event is once again part of the World Surf League qualifying series.

It’ll be a QS1000 event, but as QS events worldwide are getting rare they’re all vitally important for points and for seedings the following year.

Boardmasters will host the Men’s Open, the Women’s Open and the Boardmasters Men’s and Women’s Longboard contests,  cementing Boardmasters as the high-profile event in the UK’s surf calendar.

Boardmasters will be stop #29 on the WSL international qualifying series tour, giving surfing professionals the opportunity to come to Cornwall and be in with the chance of gaining valuable points in their quest to reach the elite platform of professional surfing.

The highly anticipated Boardmasters QS1000 will run from Wednesday 10 until Sunday 14 August 2016 at Fistral. The action will kick off with the Men’s Open. Britain’s best professional surfers, such as Ben Skinner, Luke Dillon, Jobe Harris and Lucy Campbell will once again have the chance to compete at an international level in home waters.

Registration for entry for the WSL Open and Longboard events is via the WSL website.

It doesn’t stop there, as the festival continues at Watergate Bay for a weekend of the biggest and best names in live music performing from Friday 12 – Sunday 14 August 2016. Confirmed headline acts so far include Chase & Status, James Bay and Deadmau5, with other performances across the weekend from Catfish and the Bottlemen, Craig David, Primal Scream, Kano, Lianne La Havas, Kaiser Chiefs, Sigma, Wolf Alice, Example and Eats Everything, with further acts still to be announced. Can’t wait! 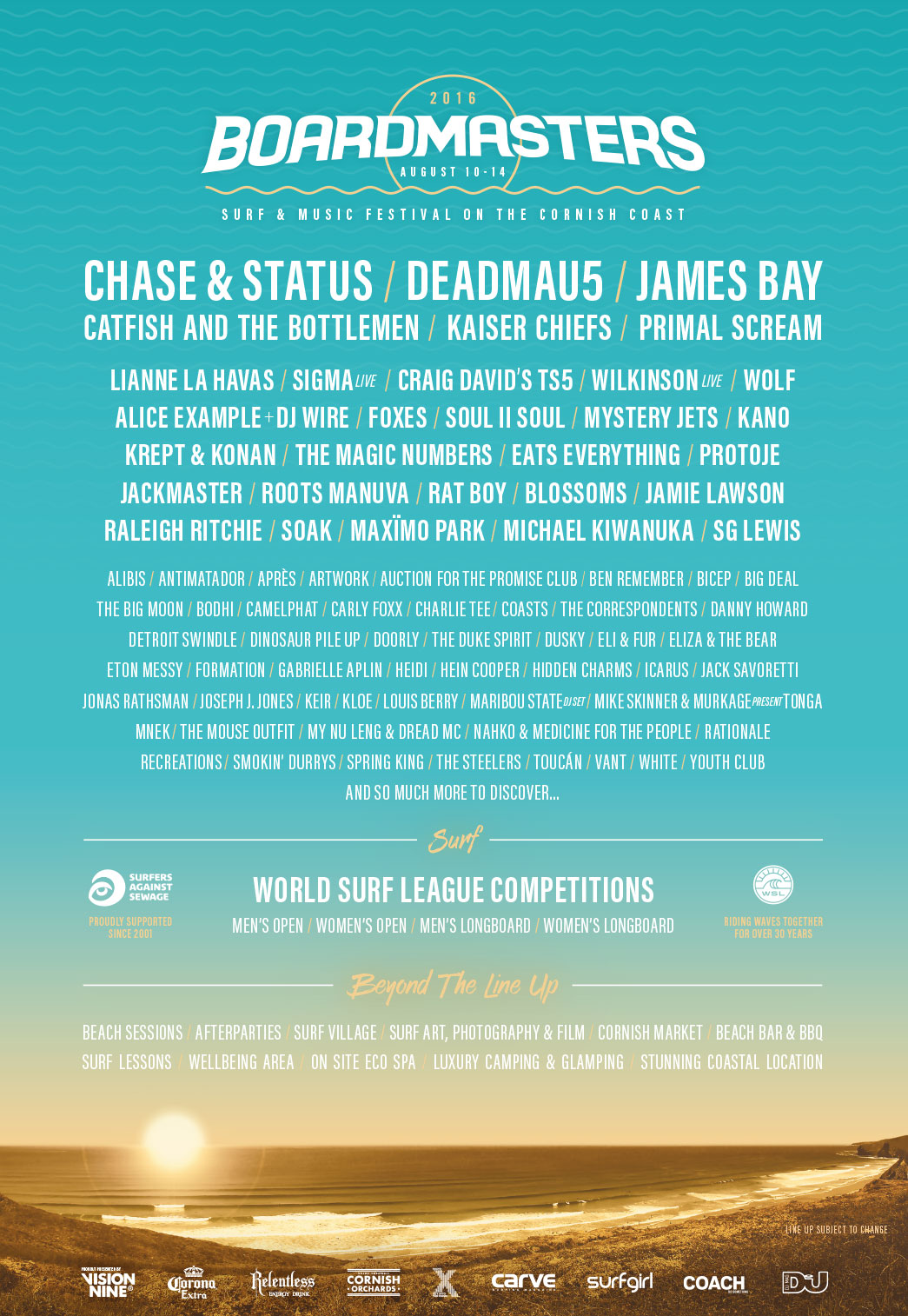