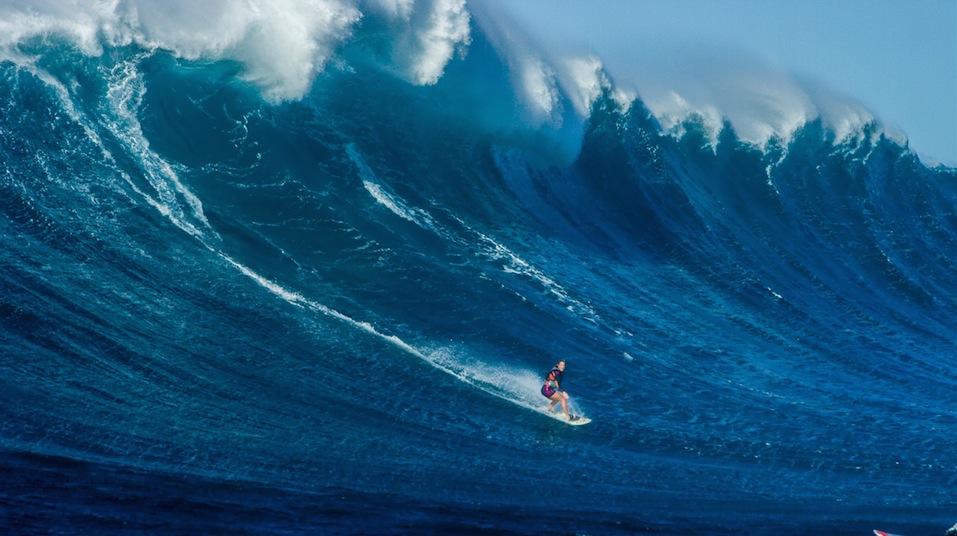 The World Surf League has gone a big way to showcase women’s talent in world class waves and now for the first time ever, the women will earn as much prize money as their male counterparts on the World Surf League Samsung Tour, leading the charge in women’s sports in general. “When I was doing the Tour and surfing, I would never have told you that I would have thought that surfing would have been the sport that was trying to lead the way in equality in women’s sports,” – Miley-Dyer, the league’s first-ever female commissioner.

Good to see girls like Steph will be getting the same money as Mick, Kelly and the boys this year. WSL / Cestari

Things are changing in the UK too as the English Surf Federation have announced that women will be paid as much prize money as men here as well. Good work ESF!

At the Fiji Pro last May, the women proved that they can handle big, powerful waves on the World Tour and Malia Manuel was one of the standout surfers.

Sally Fitzgibbons bravely carried on surfing in the event after perforating her ear in a nasty wipeout at Cloudbreak. Sally showed true grit and went on to win the Fiji Pro event, an inspiring moment on the world tour, she commented, “In the face of adversity this is definitely one of the most special wins I’ve ever had.” 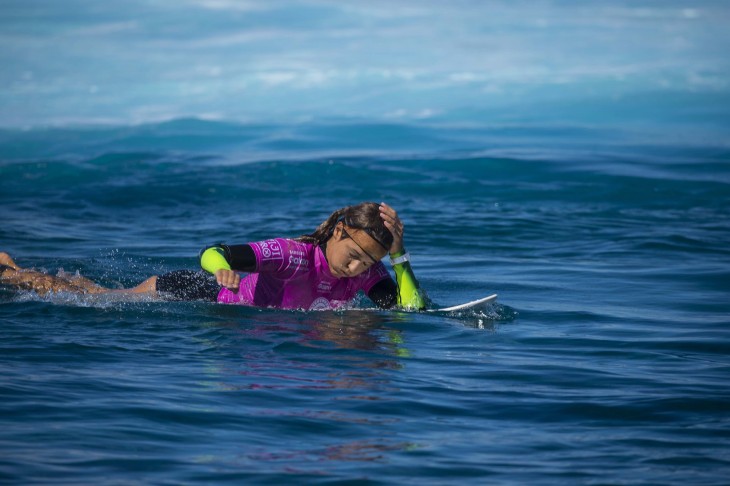 Sally carried on to win,  despite her painful injury. Photo: WSL

Easkey Britton making surfing a thing for women in societies where surfing isn’t something they can easily do. The Surf + Social Good Summit was a start to showcase how surfing can change lives for good and offer the surfing community a chance to work collectively and the women are leading the charge. “I knew we could bring about far greater changes,” said Easkey of the event. 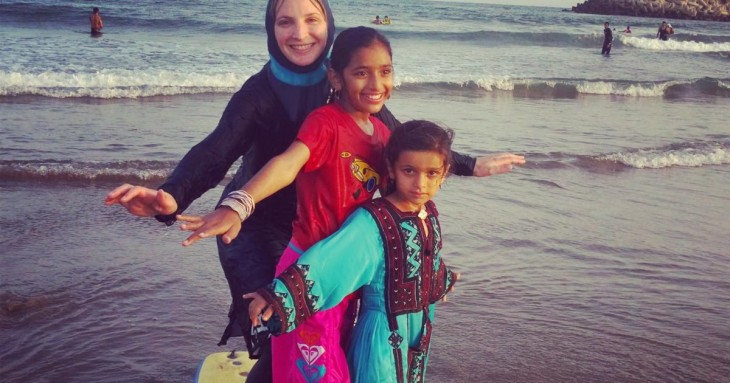 The world champ as a positive role model. Have you ever seen Carissa surfing naked, getting her boobs out for Stab or twerking at the beach? No never, because Carissa has let her surfing do the talking. Love Carissa’s advice in her ‘Be You’ video as it is so inspiring , “Just be who you are…confidence is the most beautiful thing”.

Way North, women’s cold water surfing was showcased in the latest issue, a first for sure with photos like this by Nick Pumphrey.

It’s always great to discover girls who rip and haven’t changed into bikini bunnies. Being introduced by photographer Mike Riley to the four Durant sisters who learnt to surf in a remote rural location on the NW coast of Australia was a revelation. Mike Riley’s photos of the sisters surfing at their home break, the infamous heavy wave, the Bluff and doing their own thing, is positively refreshing. 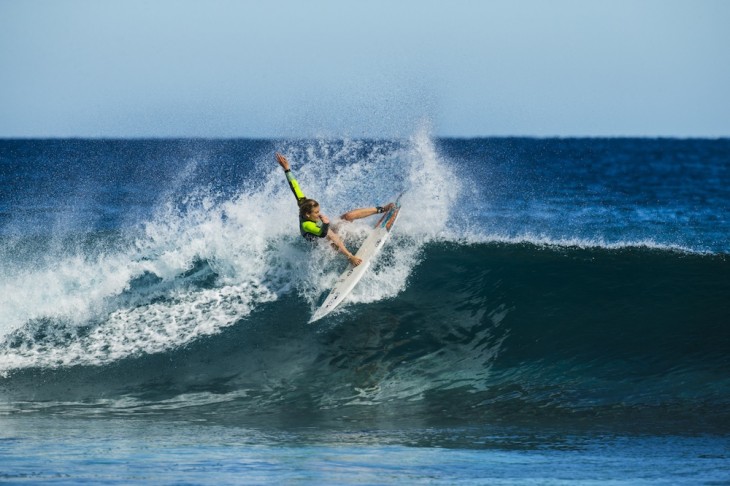 Alex Durant at The Bluff. On the edge of the desert these girls have become amazing surfers. Check out their interviews in issue 53. Photo: Mike Riley

At the end of last year Billabong released a video to celebrate Courtney Conologue’s incredible year. No fluff, no shimming up the beach in a g-string, just Courtney surfing to a kick ass track. Positively game changing.

Women are taking on the big stuff and gaining credibility for it. In October two years after nearly drowning in a horrific wipeout at Nazare Maya Gaberia made her triumphant return to surf her nemesis Nazare once again, “I never really thought about giving up.”said Maya.

And the Super Sessions 2 group of big wave warriors including Keala Kennelly and Paige Alms are upping the ante on women’s big wave surfing, taking on the world’s big wave breaks around the world.

Plus Bethany Hamilton surfed a huge wave at Jaws, Hawaii’s monster wave, six months after giving birth. “I look forward to surfing some heavy waves this year and pushing my limits. I also love working hard at my progressive surfing and want to keep charging at that.” 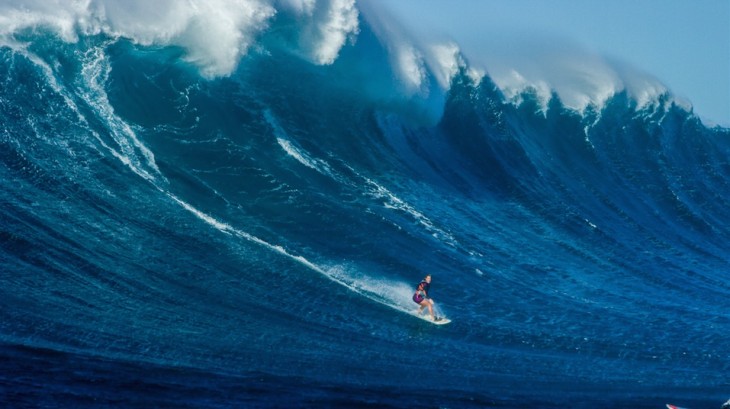 So what we would like to see more of this year? A lot more support for female surfers; support for the riders, their networks, coaching and media to help spread the love. Plus it’s time for undiscovered global female talent to be unleashed, in Brazil, Europe, Africa, Latin America, Asia…let’s all give them our support in 2016.