Over a year and a half in the making and featuring a cast of surfing’s most capable and compelling characters, anticipation is peaking for the release of Volcom Stone’s latest feature surf film, Psychic Migrations.

Following 2014’s True To This, a surf-skate-snow epic, the forthcoming Psychic Migrations is yet another inspired Veeco Production that builds on more than 20 years and 30 influential films from the world of Volcom.

Directed by veteran surf filmmaker Ryan Thomas and shot on location in the West Indies, East Indies, Australia, Polynesia, and the Americas, the film weaves the physical expression of riding a rousing score of waves with a cerebral odyssey through the scapes and textures travelled to find them.

The London premier of Psychic Migrations is set for October 7th, 2015 at the Prince Charles Theatre in Leicester Square with tickets available to the public from Surfdome priced at £1.99.

Here’s the other UK viewings; 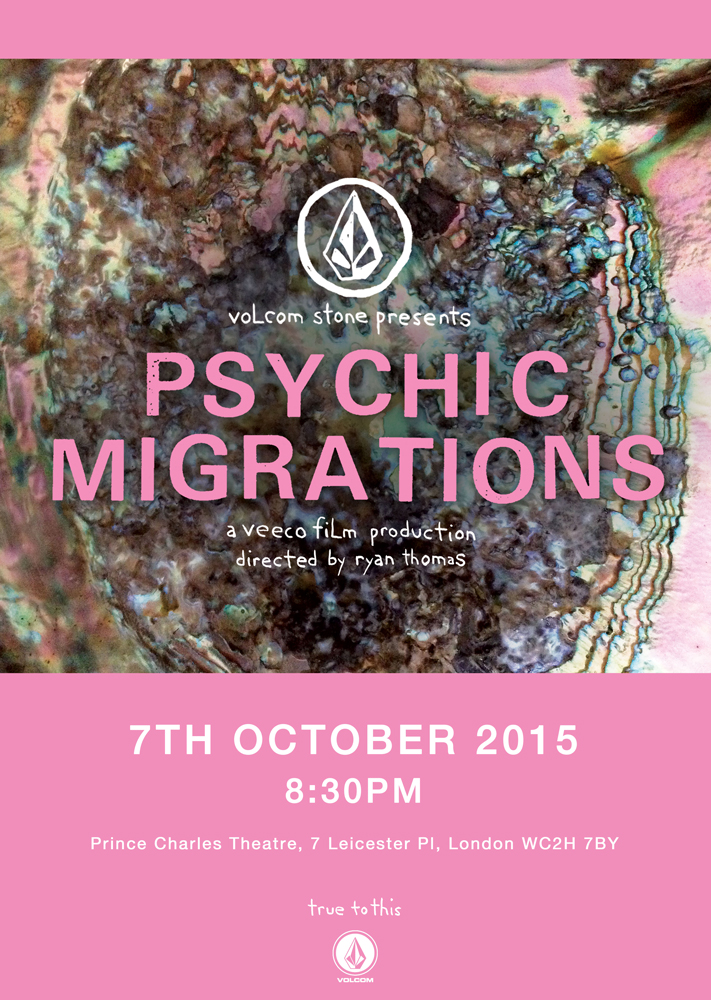