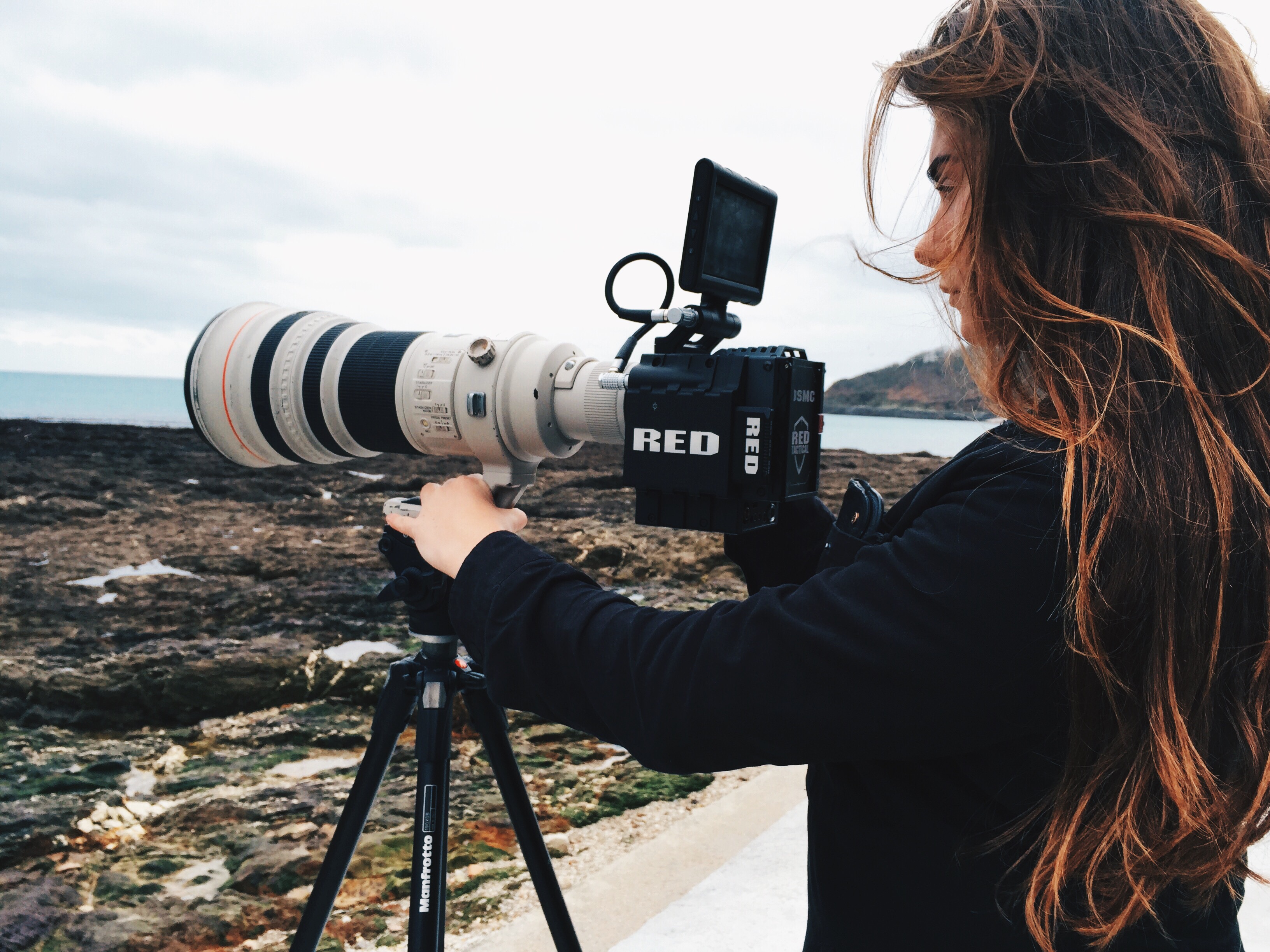 Ornella how did you get into making films?
I am lucky to have always been immersed in the creative arts. As a child, for birthday parties, I would shoot a film with friends, edit it that day and give the burned dvd discs away in goody bags. We shot a detective crime film in my back garden and a horror/thriller film in the woods. It’s hilarious to look back at them. Since then I’ve been hooked.

Did you go to college?
I went to a drama and dance school in London – Arts Educational in Chiswick. Then onto Falmouth University to study film as a BA. I love being around other creative people especially if we all study something different, we can bounce ideas off one another and inspire each other to be more creative.

Why do you think there are so few female film makers?
I never quite understood this when I was younger. I always thought, if he can do it, so can I. It still surprises me that there aren’t more female filmmakers, maybe it’s a confidence issue; the industry is very male dominated. I have had to deal with people asking me strange questions when shooting with my 600mm Canon lens on the beach such as ‘is that your boyfriend’s camera and lens?’.

I think things are getting better; this year there are 4 female directors who have entered LSFF. Back in 2013 I was the only female director. It’s good to see more girls are taking charge behind the lens.

Films
Scratching the Surface was the first surf film I saw where I thought, that’s amazing, I want to make that. Soon after it was The Art of Flight, incredible film!

People
If I had to name an athlete who inspires me, it would undoubtedly be Ronda Rousey. She is an inspiration for female strength and power right now, Peony read Ronda’s book I took on the trip. I would quote empowering lines to her as she went in for her heats, for example ‘who has the right to beat you’.

My roots
My hometown London inspired merge styles and always try something new. The beauty of extreme sports films is the interaction you have with nature, travelling, the buzz and adrenaline. It’s that concoction I think fuels the inspiration.

How did you get involved with Peony and what was it like shooting the film?
I’ve known Peony for 4 or 5 years from surfing in North Devon and watching surf competitions. I was fortunate to film her in Lanzarote a few years ago. This year, she had just won Boardmasters and I had a call asking if I would be able to chaperone her in France and Spain on her first WSL QS run. Of course I couldn’t wait to shoot her again! 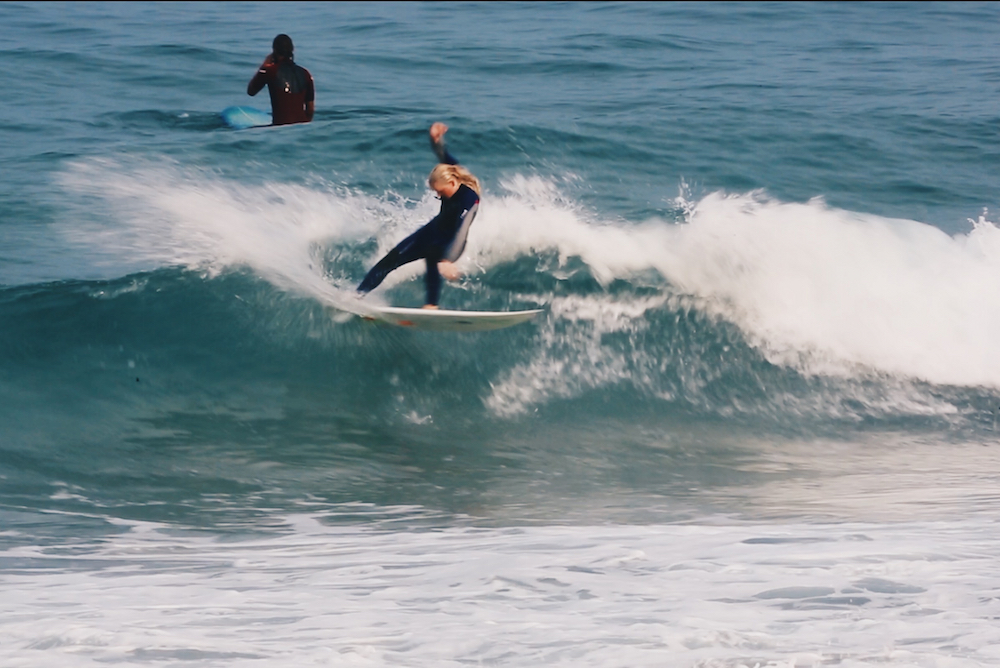 It’s a beautiful film what was the inspiration behind it?
Thank you. Strength was the main theme I wanted to portray. I think it’s incredibly important that we continue to push the message that girls can be strong. That it’s inspiring to see girls committed and going for their goals. I didn’t shoot the film with the intention of it being black and white, I wanted to wash out the colour, take away the ‘pretty’ and focus on the determination and the power. Peony has a unique and beautiful look that transcends beautifully to black and white.

It’s not the first film you’ve had at the London Surf Film Festival is it, what other films have you done?
TEAZD was my first film submitted to the LSFF two years ago, with Taz Knight (Peony’s brother) and Ed Smith. It won the Emerging Talent award and I was so surprised and stoked. It was a challenging film shot in Madeira. Since then I’ve been out to Hawaii and shot a short film including John John Florence completing a rodeo at Pipe which went on to receive 100K views in a couple of days. From that win at LSFF it gave me the confidence to go and shoot more, no holding back.

What’s the best thing about making films?
It’s that moment when you capture something incredible and genuine, seeing that clip or seeing your film come together exactly how you want it, is a rush of adrenaline. Especially when you shoot something you feel very strongly about, a film you know is going to send the right message and is more than pretty images with awesome music. 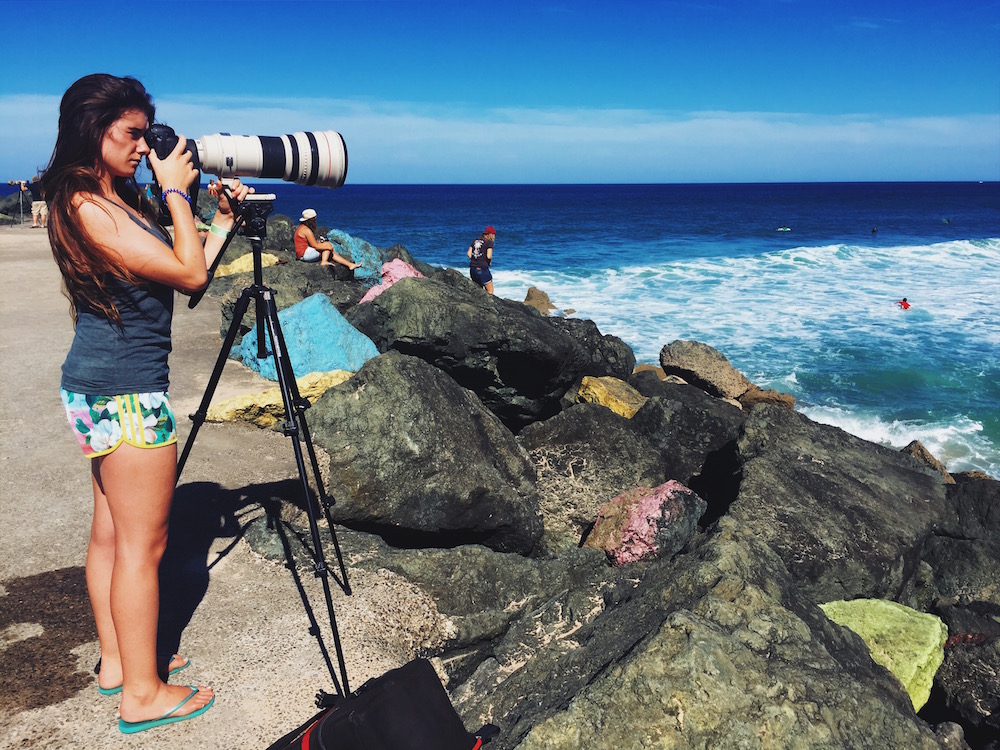 And the worst?
It is still seen as quite a male dominated industry so I have received the odd sexist comment and sometime you do feel you have to try and prove something. Perhaps almost go above and beyond your competitors simply because of your gender. It would be amazing to be given a RED to shoot with, a helicopter and a jet ski at my disposal, until then I’ll continue making films with the equipment I have.

What would be your words of advice to someone trying to make films?
Shoot as much as you can, even if you don’t end up using those clips for that specific film, you might need it the future. Experiment, don’t try to copy anyone, just because you think that is the ‘correct formula’ and ultimately always respect other artists.
Follow Ornella Instagram: @ornellahg 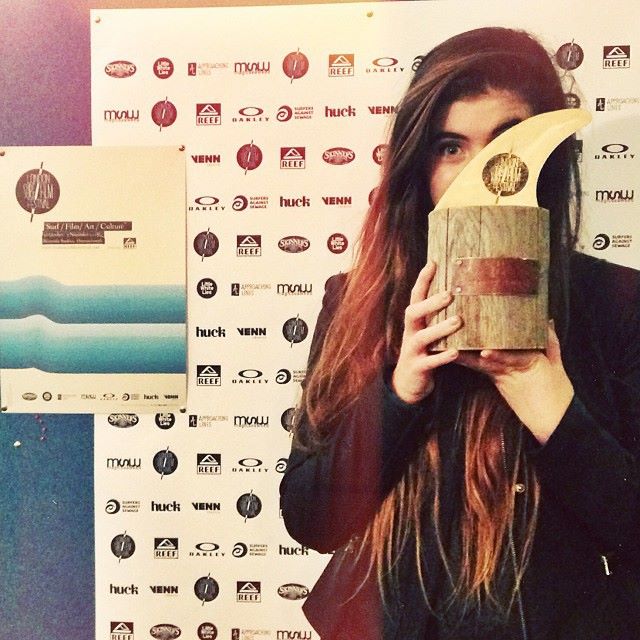