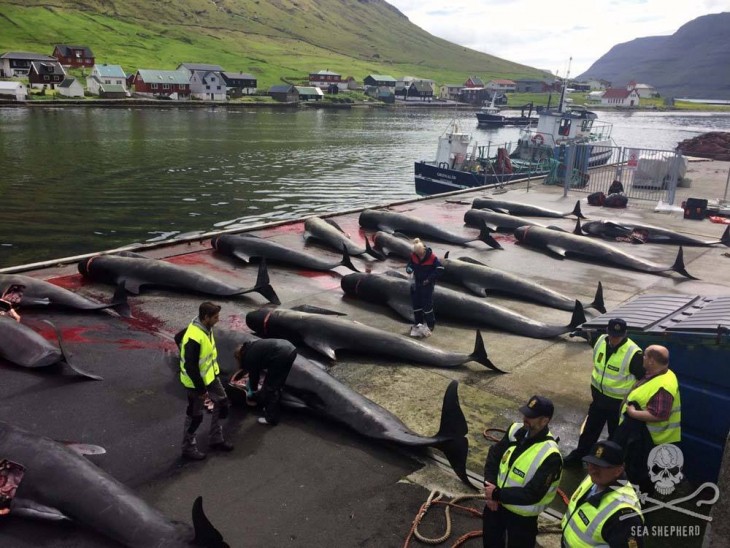 Established in 1977 by the legendary marine conservationist Captain Paul Watson, Sea Shepherd Conservation Society (SSCS) is an international non-profit, marine wildlife conservation organisation, with the mission to end the destruction of habitat and slaughter of wildlife in the world’s oceans in order to conserve and protect ecosystems and species. By safeguarding the biodiversity of our delicately balanced ocean ecosystems, Sea Shepherd works to ensure their survival for future generations.

Some of Sea Shepherds campaigns include the current Sleppid Grindini, the grind stop campaign with the aim to end the horrific Pilot whale and dolphin slaughter in the Faroe islands, and the Cove Guardians campaign to stop the dolphin slaughter in Taiji, Japan, where approximately 20,000 cetaceans, including dolphins, small whales and porpoises are killed in Japanese waters each year.

Sea Shepherd also has campaigns to protect Seals from being shot and killed in Scotland by the salmon industry, they help save and protect wales in Antartica and Turtles in Central America and many more.

For more info on Sea Shepherd and their amazing campaigns check out their webpage:   http://www.seashepherd.org