This year’s Boardmasters was a huge success with over 150,000 people visiting the festival site over five days. The music event sold out at Watergate Bay, Faithless, Rudimental and Bastille wowed the crowds with incredible headline acts. At Fistral Hodei Collazo, Peony Knight, Edouard Delpero and Alice Lemoigne were crowned surf champions. A good time was had by all, here’s our little round up.

Once Monday morning comes post-Boardmasters is always a bit like a scene from a zombie apocalypse movie. But with more rucksacks and tent bags. Scores of people with faraway looks in their eyes that have been having just a bit too much fun for nearly a week.

For the surfers the ocean, in the main, had plenty of watery bumps to ride. Apart from late Friday the event yet again scored a rare window of summer swell. With some classy days throwing up clean super fun waves through some small fun in the sun for the logs back up to a chunky storm swell for the finals day. With the exception of the U18s categories every other division was completed.

The drama on finals day always comes down to the home talent versus the internationals and this year was no different. Except Skindog didn’t come out on top in the longboard this year. Perennial nemesises (nemesis/nemesii? whatever the plural of nemesis is) the Delpero brothers, from France, stopped Ben and Bearman in two hard fought semis to march into a brotherly final. Edouard made third in the shortboard as well which deserves some kind of award for heats surfed. Along with Emily Currie who did the same in the ladies.

In the shortboard Spain’s Hodei Collazo was a danger man from the outset, as you’d expect an experienced WQS pro to be, but he  was pushed to the last in the final by Luke Dillon and Will Davey achieved a stunning result also.

On his Boardmasters experience Hodei had this to say, once Keshia and Klaus Eyre stop ribbing him: “I really like to come here. I came ten times for Boardmasters when it was a QS and got a fifth one year and it’s always fun. I broke my foot last year and this year I’ve not competed much and now my foot’s better and all the European WQS comps are coming up so I wanted to surf a lot of heats. Get a rhythm going. So I’m getting back in the swing of it, the prize money is good and I’ve got a lot of friends here. Always fun to hang with the Eyres and I’ve known Sam Lamiroy and Oli Adams and the crew for years so it’s been great to be here.”

In other divisions Stan Norman won the Whipper Snappers. No surprise there. The women’s was a terse affair with Matt and Taz Knight holding their breath to see if Peony had held on to first place as the last few waves from the force that was Keshia, Sara and Lucy dropped. But she held on. Terminally embarrassed to be chaired up the beach but that’s what happens when you win Boardmasters!

Other than the surfing there was loads going on with the Canna Skate and BMX Ramp, Rocket Dog Yoga at the Beach, the Beach Sessions, surfboard shaping demos and the Toy Factory and board art with Kathy Evans. Surfers Against Sewage had lots going on with beach cleans and there was the Sea Shepherd Raffle.

Music wise all tastes were catered for as ever with over 40,000 in attendance each night. Seasick Steve blazed the main stage in glorious sunshine Saturday afternoon and Rudimental, Faithless and Bastille wowed a packed main arena over the three nights. Sunset Sons were well received by an enthusiastic crowd on Sunday night and you could see they were really enjoying their time in the South West. Apart from the main stage there were loads of other great things happening at the other stages; the Corona dance stage felt a bit like Ibiza feel in the glorious sunshine; The Keg and Pasty didn’t fail to entertain with a glorious mixture of fun, music, comedy and mayhem; The View had the most chilled sets with a spectacular view over Watergate; and late on Sunday the crowd determined to carry on rocked out to The Darkness in the Mavericks tent with Justin crowd surfing on a surfboard through the huge crowd and Groove Armada delivering an amazing set in the Unleashed tent.

All in all a great weekend was had by everyone. So now it’s done we can all recover a bit, then start looking forward to next year and do it all again!

Stop press: Next year’s tickets are available soon! Go to the website and get your Early Bird tickets here 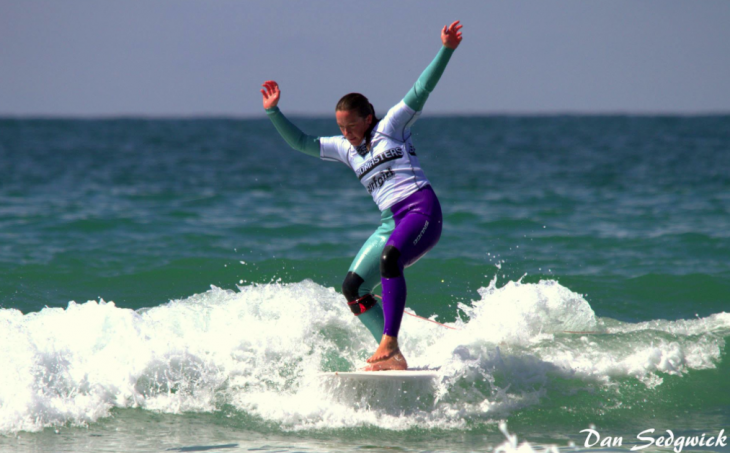 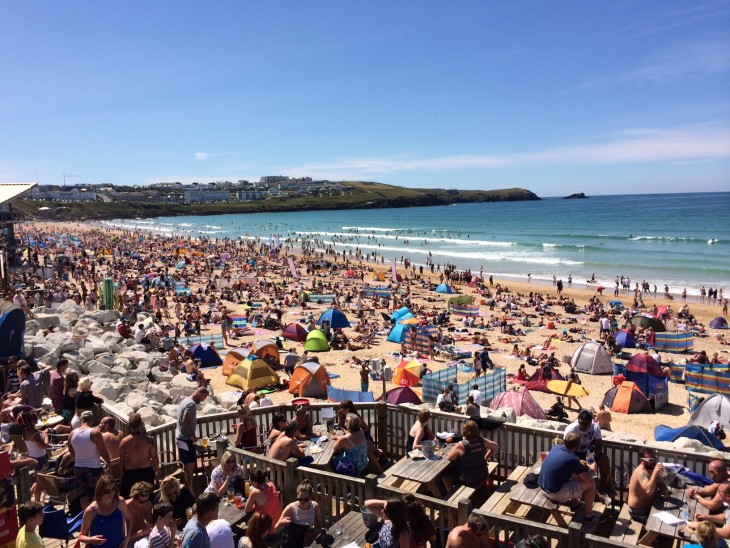 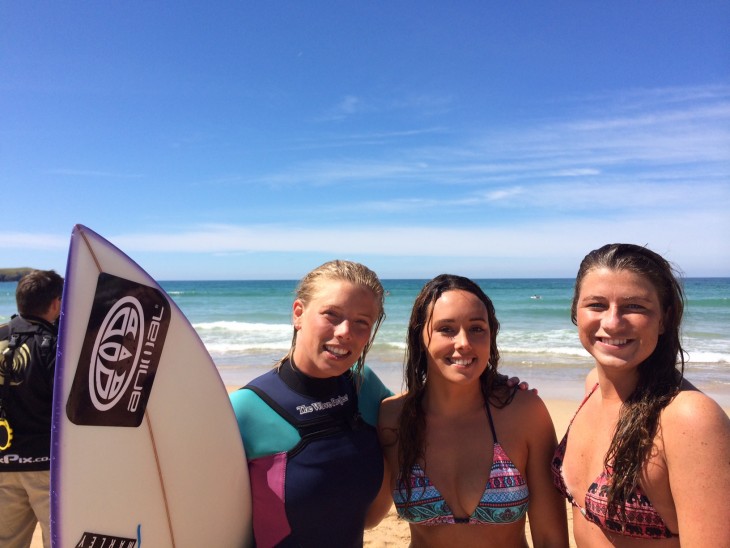 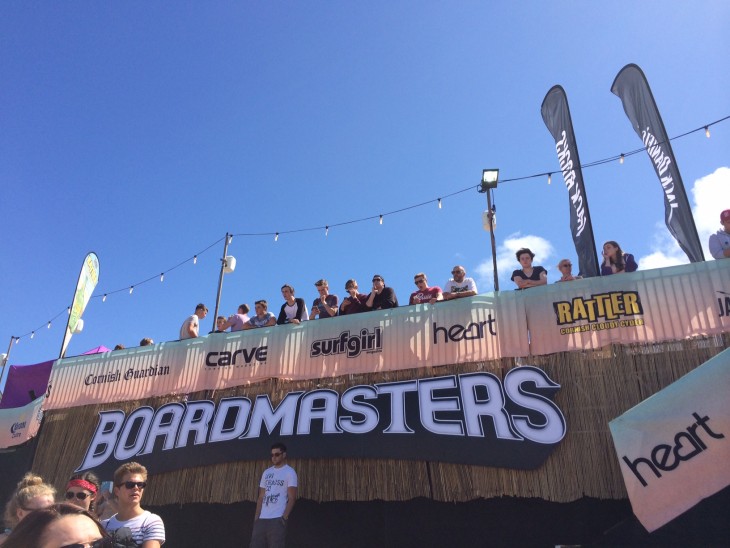 The Beach Bar made a good viewing platform. 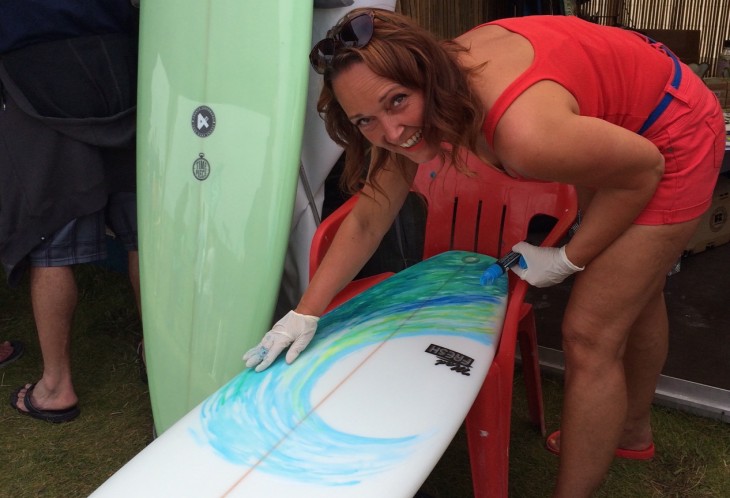 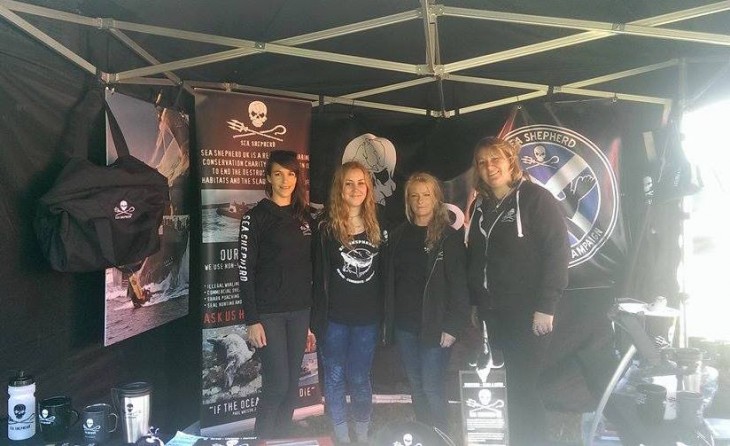 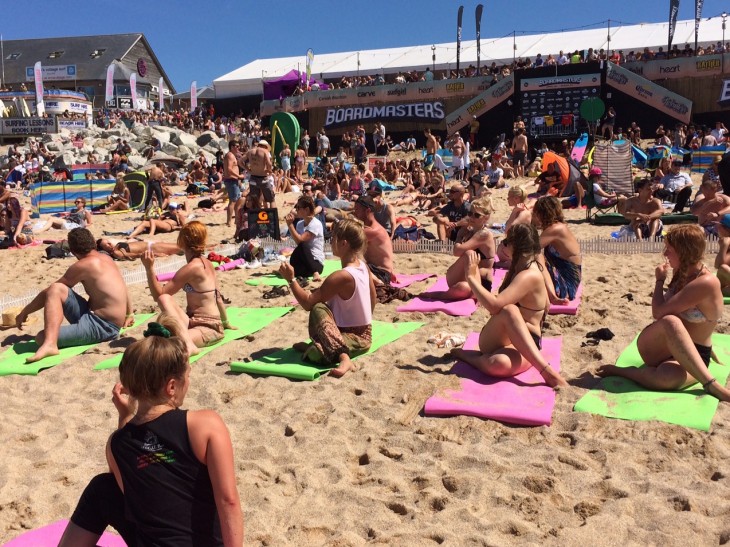 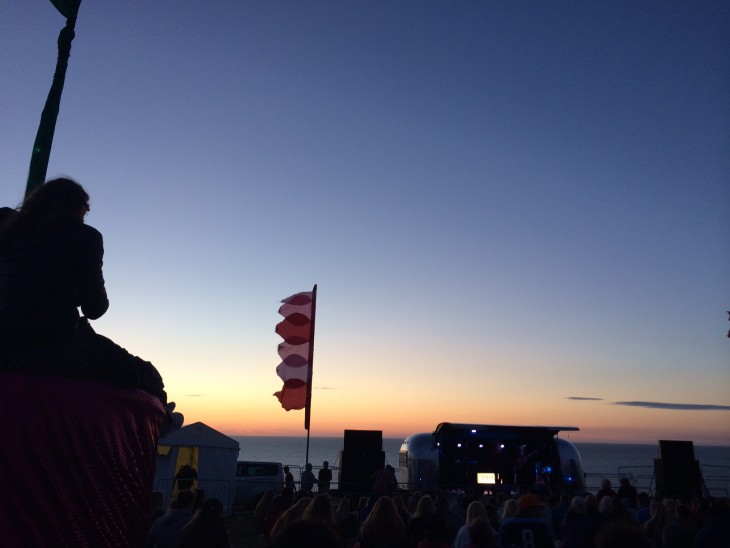 The view from The View.