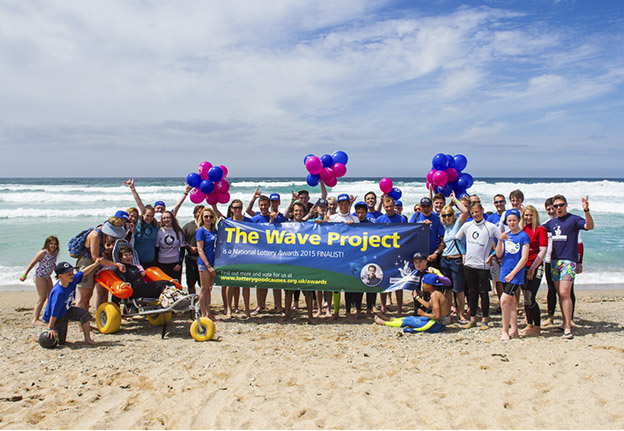 Nearly 100 people with disabilities hit the waves at Fistral beach this weekend for the Wave Project’s Summer Surf Challenge 2015.

Now into its fourth year, the event is growing in popularity as the UK’s top inclusive surf event, and people with disabilities travelled from across Cornwall and as far afield as Gloucester to take part in free surf taster sessions.

Sponsored by insurance company Amlin, the event gave people with disabilities the chance to go surfing completely free of charge. More than 70 volunteers gave their time over the weekend to provide support and safety cover in and out of the water, as well as plenty of high fives and positive vibes.

Onlookers were amazed as groups took to the water in challenging surf conditions and rode the waves, many for the first time. 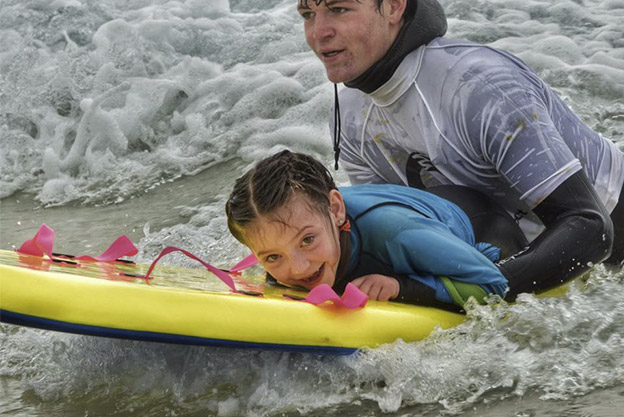 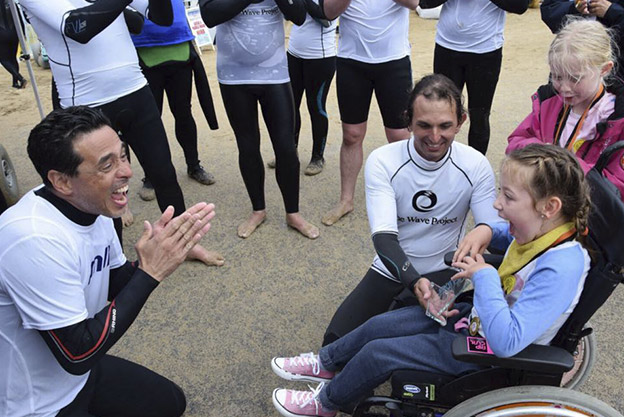 To reflect the inclusive nature of the event, everyone who took part received a medal. Three people were also awarded the Amlin trophy for exceptional bravery. Twins Isabella and Gabriella Pearce, who are aged 5 and have cerebral palsy, and Maisie Robbins, aged 7 who also has cerebral palsy and needs a wheelchair, all from St Columb Major, were this year’s winners.

Isabella and Gabriella’s mother, Ursula Pearce said: “Thank you to every single one of the team and volunteers who made this possible, what an amazing crew! We had the best family day out ever and we have very happy, excited little girls.”

The Wave Project’s Events Coordinator, Tabitha Kendall-Carpenter said: “It’s been such a fantastic weekend, and we have been blown away by all of the support we have received to make this event possible. So many volunteers have given their time, including teams from RNAS Culdrose, Cornwall Fire and Rescue Service and our sponsor Amlin. And our thanks also go to Newquay Surf Lifesaving Club and Fistral Beach for hosting us again.”

“Some of the world’s greatest surfers have impairments – people like Bethany Hamilton, who lost an arm in a shark attack, or Clay Marzo who has Asperger Syndrome, a form of autism – and so it’s just been amazing to show people having a disability doesn’t have to mean you can’t take part. Watching everyone overcome the difficulties they face on a daily basis and get in the water with huge smiles on their faces has just been amazing!”

The event is a double celebration for the Wave Project, which has just been shortlisted from thousands of projects as a finalist in the National Lottery Awards. Voting is now underway to select a winner and ends on 29 July 2015. You can vote for the Wave Project by visiting www.lotterygoodcauses.org.uk/project/wave-project  or calling 0844 8369696. 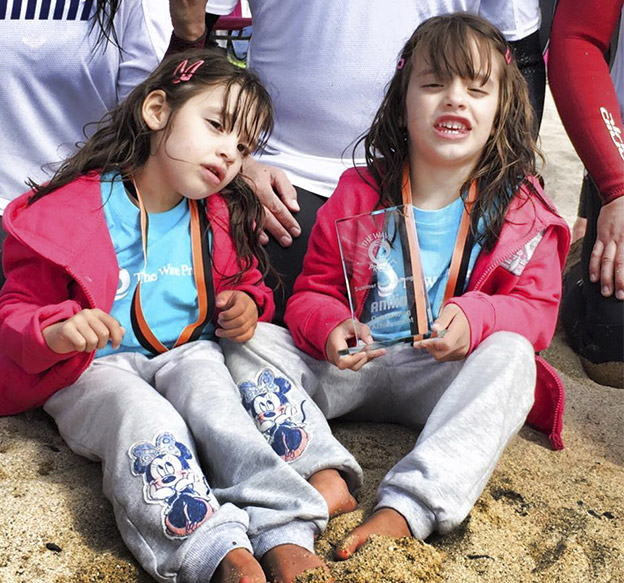 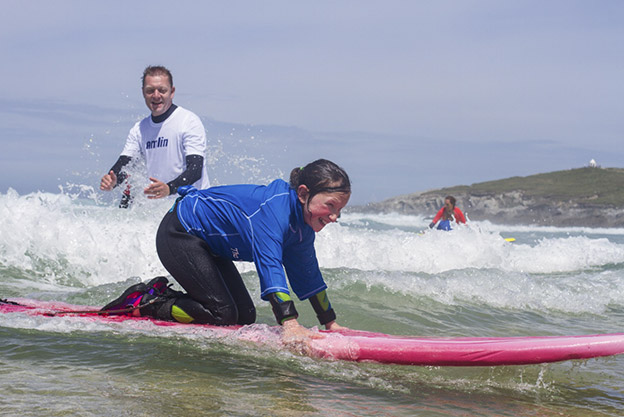