Once upon a time there was a surfer called Blake. Blake lived by the Ocean with his girlfriend, Coral, and his hound, Bono. Coral was a surfer too. At first Blake was really into Coral. She had a surfer’s body and she was very enthusiastic. Together they shared a passion for waves of all kinds and for barbecues (although Coral was a vegetarian so she made her own nut burgers, which incidentally Bono wouldn’t touch, even when he hadn’t eaten since lunchtime).

Blake and Coral would wake early after a night of passion to seek out remote spots and go surfing together. Life was good.

Then, one day, when out on the ocean blue, Coral started stealing Blake’s waves. She was also blocking his rides by failing to duck dive at the right moment. At first Blake made excuses for Coral because, well, she was a girl, and she looked good in a wetsuit. But after a while, Blake was not only tired but visibly upset by his girlfriend’s behaviour. He tried talking to her about it but she wouldn’t listen. She would only pout and flick her sun-dried hair and say, “Well, none of my other boyfriends had a problem. Not Keanu, not Jacob, not Tyler, not Noah, not Cody…”

Blake didn’t know what to say. He became increasingly despondent. Surfing was his passion, his life. And Coral, well, he liked her, he even thought, at times, he might love her. But how does love apply to wave etiquette? He wondered. Should she stop stealing or should he be more tolerant? He started thinking about religion but quickly moved on: the ocean was his God.

Blake carried on surfing with Coral after nights of passion (she was still hot), but his mind was affected. He was a lesser man out back and no longer at one with the ocean. He was instead fighting a force which he could neither harmonise nor overcome.

Blake saw a swell in the distance and felt excited, despite the likelihood that his choice of waves would shortly be hijacked by a human dolphin. He decided to let Coral take first pick and true to form, she took a left-hand turn across Blake’s path, carving up a beautiful roller. Blake felt a hot surge of jealousy rise in his chest but consoled himself with the hope that his time would come.

Which was sooner than he imagined.

Out of the blue he was swamped by an unseen roller crashing upon him and pulling him asunder. He lost his board and felt himself being dragged in circles, unaware which way was up, his instinct to hold his breath for as long as possible. He was at the mercy of a force which was beckoning him deeper and darker.

Blake felt he could hold his breath no longer and started to slowly exhale, expecting to soon be released and to rise to the surface. But the churning continued. He felt weak and scared. He did not know how much longer his lungs would hold out. 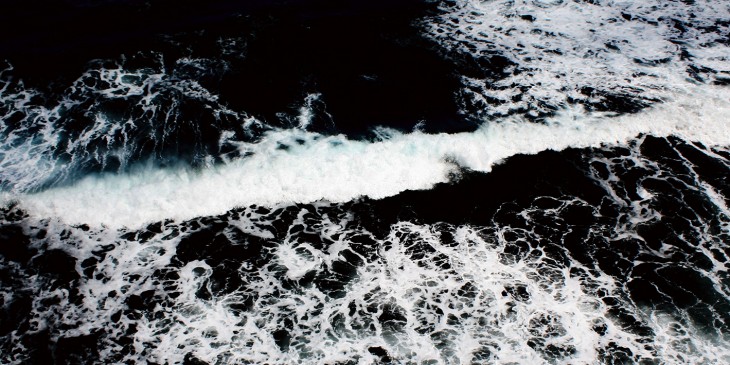 Blake closed his eyes. He was at the stage when most people would start to pray or tell their loved ones that they really did love them through suddenly possible telepathic means. Blake, however, did not pray nor send loving thoughts to Coral. Despite his fear, he was ready to surrender.

At which moment, he felt air in his mouth and oxygen in his lungs. He opened his eyes to see a human face stuck to his. He continued to breathe in and out in and out wondering who or what was this miraculous source that was giving off light, for he was deep in the ocean with no surface in sight.

The source was a woman. She had skin that appeared to be covered in flecks of golden glitter, hair that was longer and silkier than Coral’s and modest breasts which Blake’s hands instinctively caressed. His fingers lingered over her hard nipples until he realised that they were in fact two small shells. Was she a mermaid? His hands travelled further down her body where he expected to find scales and a tail. But no, she had a smooth peach of a bottom and flippers instead of feet. Blake could not believe his luck. He wanted to say something, to ask her who she was and where she was from, at least, but his tongue was tied to hers and his life reliant upon her inexplicably minty breath.

No sooner had Blake joined forces with the woman by deeper means, than her flippers kicked and her body started to rise towards the surface, taking Blake with her. As they approached the surface, Blake saw his board floating above them. His heart leaped. The woman’s mouth came unstuck as she slid off and down his body towards the darkness below. Blake wanted to follow her but the urge to breathe overcame him.

Once reunited with his board and when his heart had ceased pounding, Blake looked around for Coral. She was nowhere in sight. He wondered how much time had passed and whether she had gone home or to alert the coastguard perhaps; although there was no-one on the beach and no helicopters in the sky.

Behind him, a swell approached. He hoped he would once again be sucked under but as it reached him he started to paddle. The wave was breaking behind him as he curved round and down and up and spun around. He was truly in the moment and at one with the forces of nature. He was dancing on water.

When the swells had died down and the sun was gently falling, Blake paddled back to shore. While pulling off his rash vest, Blake was happy to see Bono mauling a log further down the beach. He looked again. He started running.

His eyes had deceived him. It was the swollen body of Coral. Blake attempted to give her the kiss of life and to pump the salt water from her stomach, but to no avail. Her body was cold.

Blake sat back in resignation and despair. The sun was setting over the cliffs amidst peeling shades of coral as the pale moon rose in the West. He looked to the ocean for answers. In the distance he saw a glistening patch of tiny stars dancing on the surface.

The sky began to darken. 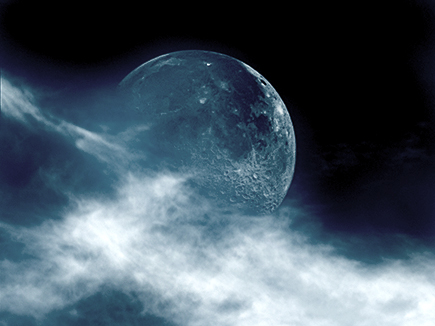