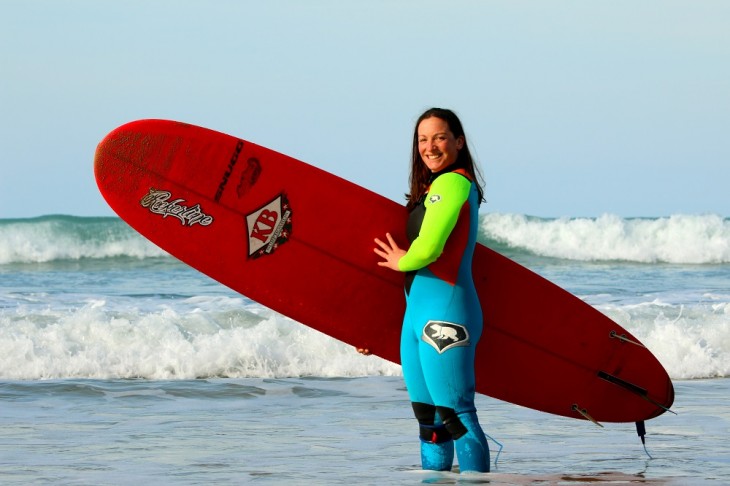 For all those lady sliders out there this is very important. Trends of longboarding have changed so much from the traditional ‘log’ riding days of the 60’s. The emphasis on slow and stylish manoeuvres focusing on cross-stepping and nose time has faded and been switched for high performance, power hacks akin to short boarding moves. In the competitive scene surfers have evolved the sport of longboarding to prove that they can do anything a shortboarder can do, just on a nine foot plus board. Boards have drastically changed. They’ve become thinner, narrower, less rounded and lighter enabling surfers to throw them around so impressively. You can have a thruster set up, a quad finned board or in fact any number of combinations to drive that performance mal down the line and turn it as aggressively as your skill will allow. 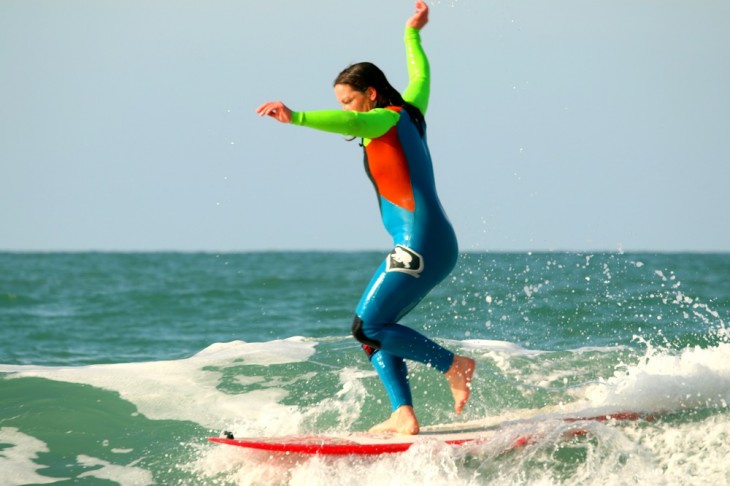 There have been two distinct camps of thought where progressive or traditional longboarding are showcased in competitions. Well now the ISA Longboard Judging criteria for 2015 have given a definitive answer to how competitive surfing should be scored and the points are for traditional manoeuvres!
“The longboard surfer must perform controlled traditional manoeuvres with the highest degree  of difficulty in the most critical sections of the wave to gain the highest score.  Judges will reward the performance with reference to style and flow, visual appeal,  commitment, variety of manoeuvres and use of the entire board, speed and power. Nose riding, trimming and footwork will be important elements in the judges’ decision making. Note – it’s important to note that the emphasis of certain elements is contingent upon the location and the conditions on the day, as well as changes of conditions during the day.  Note – variety highlights the need to present different types of manoeuvres on the one wave, combination refers to the choice of manoeuvres and the order that they are done and also the mix chosen indicate the riders skill. Note – Speed, style and flow highlights the way the wave is presented and the manner in which the rider is able to link the moves together. Cross stepping out of and into turns and  nose rides, carving drop knee turns and extended nose rides with weight directly over the tip are all indications of the quality of style and flow in TRADITIONAL surfing.” 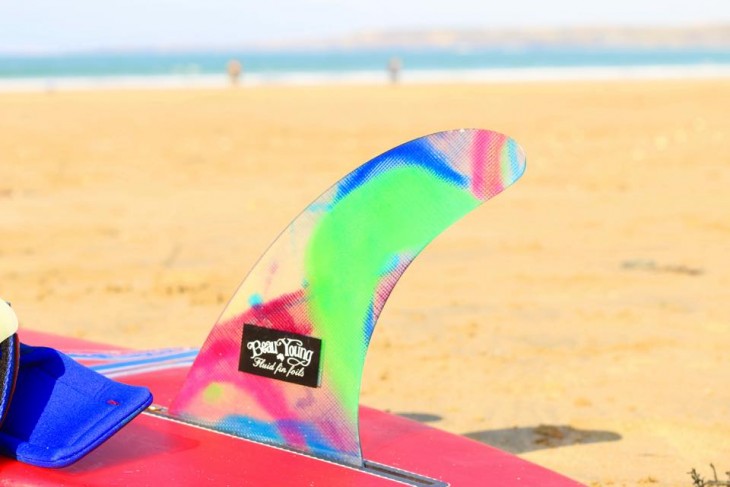 So ladies, trade in those sexy performance boards for more of a log, maybe a handsome glassed in single fin? Many of the contests where there used to be a separate single fin division will scrap that altogether and surfers will begin to favour those old style shapes that aid in timeless surfing style reminiscent of such iconic films as Big Wednesday or Endless Summer.
Maybe this shift in judging criteria will trickle out into the general mind-set of surfers in the water. It will be interesting to see if trends in surfing style regress into the past similar to fashion and music. I, for one will embrace the new demands and my own training begins in earnest this spring as I enlist the guidance of my father Keith Beddoe, who tells me “Surfing is all about balance, balance of effort, skill and commitment. You only ever get out…. what you put in.” He sounds like the Mr. Miyagi of surfing!

He is well known for his effortless nose riding skills alongside a style that embodies (in my opinion) the perfect mix of powerful progressive manoeuvres with traditional flare. Keith is encouraging surfers to join his new ‘longboard clinics’ for 2015 in Cornwall. He says the clinic is run “with specific emphasis on ‘Contest Heat Training’. This is not just for competition surfers, but it is a ‘technique’ I was shown to sharpen up and hone your skills, and put you in a more able to cope with the ‘waves and other Surfers’ situation. Ideal for any surfing application really.”
I will be asking for focus in traditional longboarding skills as well as shaping my own old school mal with him in the ‘KB Surfboards’ shaping bay. With these tools, I hope to improve my abilities to compete against the amazing ladies of the competitive longboard circuit.