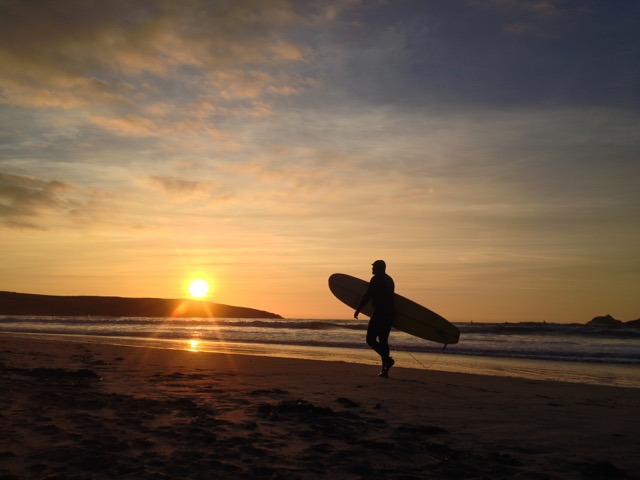 Surfers Against Sewage (SAS) and scientists in Cornwall are making a final appeal for people to take part in research that will shed light on the health effects of marine pollution.

To help them assess the health risks that ocean-goers might face, the researchers want to compare the health of people who venture into the waves with those who stay firmly on shore.

Surfers Against Sewage  are working with the The University of Exeter Medical School to conduct the study, with the final phase starting on Monday 13th April. They are asking adults living in England and Wales to respond to a short online survey, answering questions about their health, visits to the beach, and whether or not they’ve been in the sea.

This fresh call for participants comes hot on the heels of findings released at the start of the month, which showed that surfers and swimmers could be at risk of swallowing seawater containing bacteria resistant to antibiotics.

The team are eager to hear from both water users and non-waters users, including those who took part in the study throughout 2014. Anyone aged over 18 in England or Wales can participate – either online or using a smartphone.

Surfers Against Sewage’s Campaign Director, Andy Cummins said:   “Water quality at a single beach can vary enormously throughout the day, as well as at different points along its length. It’s vital we establish a more detailed understanding of how marine pollution is affecting the health of recreational water users, so that everyone can make the most of this fantastic natural resource.”

PhD student, Anne Leonard, is leading the project and said:  “With nearly 2,000 participants, we’ve had a fantastic response so far. But we need as many people as possible to take part and give us a clearer picture of the health risks people might face when visiting the beach. We’d really like to hear from those who took part in previous rounds of data collection, whether they’ve been to the beach recently or not.”

The water quality at beaches across the UK has improved dramatically over recent years; last summer 99% of the 610 designated bathing beaches met the 1976 mandatory European standards.  However, these water quality standards will be superseded in 2015 by tighter standards and approximately 10% of UK beaches are at risk of failing these tighter measures. Surfers Against Sewage has warned the public about 2,249 pollution incidents on popular UK beaches via the Safer Seas Service – episodes that current water quality tests are unlikely to capture.

The survey is live for two weeks.

About Surfers Against Sewage