19 – 22 March The Approaching Lines International Festival of Surf presented by Reef hits the UK. Bringing to Cornwall a three-night extravaganza of surfing’s most hotly anticipated films including 3 World Premieres, 4 UK Premieres, 6 southwest premieres, hosted exclusively at Newquay’s state of the art Lighthouse Cinema, plus filmmaker Q&A’s including a special audience with KAI NEVILLE, an after-party curated by the legendary Upstairs Downstairs Vinyl Collective and a special invitational single fin surf contest taking place at the iconic Fistral Beach, this is a must attend for anyone of a salty disposition! Evening passes cost just £8 and include a complimentary beer courtsey of our friends at Sharp’s Brewery.
FULL LINE UP DETAILS HERE: approachinglines.com/festival-home/

We have two pairs of tickets to the The Approaching Lines International Festival of Surf presented by Reef and two pairs of Reef shoes to give away. Simply answer the question in the box below.

To win this cool prize answer this question, which cool movie director is attending on Friday night for one of this year’s most anticipated films? 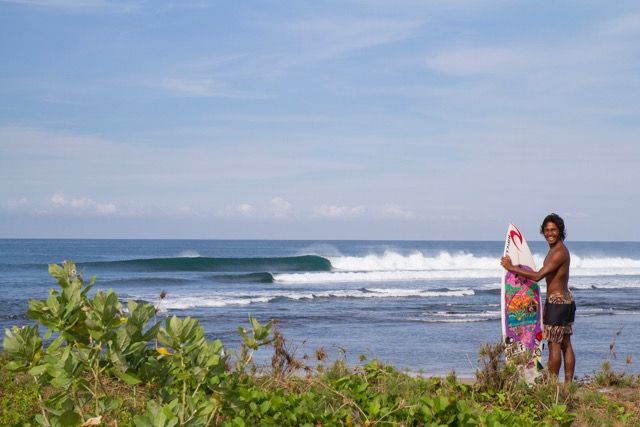 It will be premiering at the Approaching Lines Festival on Saturday afternoon, March 21, 2015 (Session 1, 5:30 pm). This will be the first stop on its European tour since the films World Tour, which began in California, then Indonesia, and Australia.

This special screening is hosted in association with Newquay BID, and is a ‘Grommets go Free’ event. Accompanied under 16’s get in free! Tickets can be booked via the box-office.

“Oney Anwar – Chasing the Dream” won Viewer’s Choice Award at Santa Cruz Surf Film Festival in September 2014, and has been a labour of love – taking four years to make between (2010-2014) with a whole team involved in the project. Oneys major sponsor Rip Curl backed the project wholeheartedly, of course. Rip Curl co-founder Doug “Claw” Warbrick spotted Oney around the age of 12 in Bali, bringing him to the Gold Coast Australia, and has nurtured his talent and growth ever since. This film is Producer/Writer, Karen Donald’s brainchild. She and Director Jason Moon wanted to make a film that really showed how surfing can change lives, and how one kid from a poor village can beat all the odds. The films contributors number many, including London-based Co producer Marc Senior, and Editor Kam Parmar from “End Films”. The producer and editor of the film will be attending. Here’s the trailer to the film.