The Approaching Lines Festival of Surf Goes Off 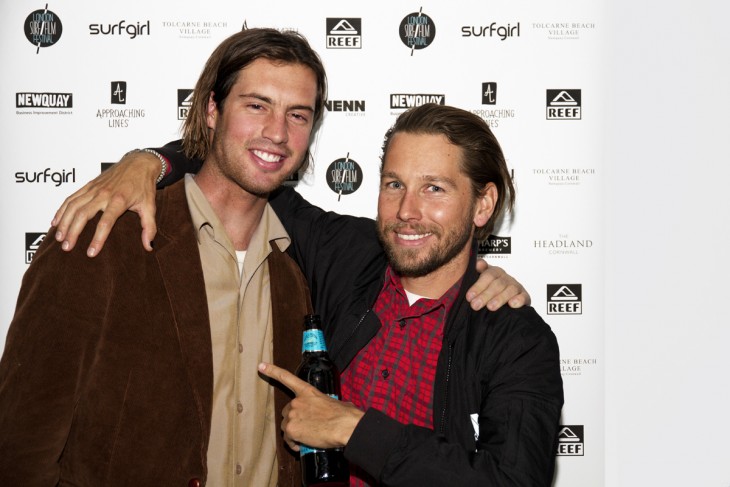 Newquay shone for the Approaching Lines International Festival of Surf presented by Reef, turning on good waves, good weather and good times for the four day festival celebrating international surf culture. For three nights the Lighthouse Cinema, Newquay was a beacon of stoke packed to the rafters. Surf communities gathered from across the UK in full force, journeying from Wales, Loughborough, Devon, Scotland and beyond to enjoy a specially curated programme to inspire, enlighten and entertain including 3 world premieres, 4 UK premieres and 6 southwest premieres.

“We were delighted to work with the very best surf filmmaking talent from across the globe to bring such an awesome line up to Cornwall,” says Approaching Lines Director Chris Nelson. “For many of the features we showcased, this was the only opportunity to watch them in the southwest as they were made to be seen – on the big screen, surrounded by a like-minded and amped crowd and we were blown away by the turn out.” 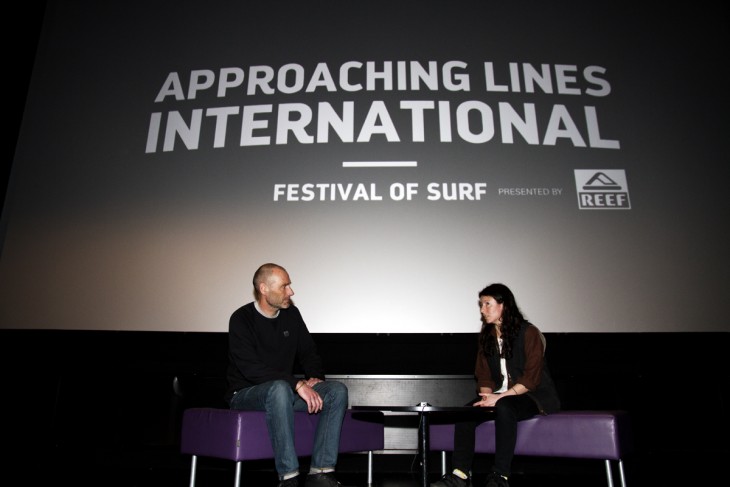 Chris Nelson and Isabel Freeman discuss ‘Stephanie in the Water’

“We have a wealth of talent here in the UK and were stoked to be able to showcase the work of some of the best homegrown filmmakers, including John Eldridge, Chris Case, Patrick Blades and Tim Davies alongside these international premieres,” says Chris Nelson. “This year, supported by Newquay Bid, we also hosted a special “groms go free” screening on Saturday afternoon, to inspire the up and coming generation and were stoked to hear them hooting and cheering the house down!”

On the Sunday the celebrations moved to the shore line as 12 of the UK’s most stylish surfers assembled at the iconic Fistral Beach for the Reef Single Fin Classic Invitational, the role call reading like a who’s who of surfing: Ben Skinner, Alan Stokes, James Parry, Toby Donachie, Sam Lamiroy, Sarah Bentley, Gee Piper, Neil Holland, Sam Boex, Tom Anderson, Archie “Vintage Grom” Cross and John Eldridge.  The forecast had promised head high waves, off shore winds and blue skies, and Newquay did not disappoint. With style as the order of the day the invitees headed in for 40 minute heats with the best three waves counting – no priority, no WSL rules, just good vibes, good rides and good times.

No one envied the judges their task. It was Hendrix vs The Stones, Zeppelin vs Joplin, it was the White Stripes vs Royal. It was speed, power, flow mixed with stoke while balls out going for broke. And it was Alan Stokes who lifted the trophy and pocketed the prize purse, after a backside attack that blew spray high out of the top of the wave, linking turns all the way down the beach into Little Fistral.

After three packed nights, 15 eye widening films, hundreds of bottles of Sharp’s finest ales, votes cast, happy filmmakers, beds slept in at The Headland, Tolcarne Beach and The Carnmarth, a pumping forecast from Magicseaweed, goodies and prizes from our friends at Carve, Surfgirl and Reef and a day of super stylish wave riding, the results are in and the winners are:

Approaching Lines is a creative collective founded by Demi Taylor and Chris Nelson. Approaching Lines produces events, happenings, words and images as well as a digital magazine that celebrates the creativity that exists in surfing and champions the UK scene. www.approachinglines.com