The Approaching Lines International Festival of Surf presented by Reef is stoked to announce the official selection of films and events for 2015. Hosted 19-22 March, Newquay, Cornwall, the festival celebrates the creativity that exists in surfing.

Bringing to the southwest three nights of the best surf films from across the globe including World, UK and Southwest Premieres, award winning features and filmmaker Q&A’s, exclusively hosted at Newquay’s state of the art Lighthouse Cinema, an after-party whose tunes have been carefully curated by the legendary Upstairs Downstairs Vinyl Collective and a special invitational single fin surf contest taking place at the iconic Fistral Beach, this is a must attend for anyone of a salty disposition.

“This festival is a celebration of the changing of the seasons, a time for the clans to come together and revel in the promise of things to come. We’ve worked with filmmakers from across the globe to bring to Cornwall an exciting line-up of multi-award winning features and premieres to inspire and stoke the fires. For many of the films this will be the only chance to see them on the big screen in the southwest, watched as they were intended to be seen, surrounded by an enthusiastic and amped crew.” says Festival Director Chris Nelson. “We’re delighted to have genre defining filmmaker Kai Neville coming from Australia to host the UK premiere of ‘Cluster’ in Newquay, plus producer Isabel Freeman to present her multi award winning documentary ‘Stephanie In The Water‘ following 6 x world champion Steph Gilmore. We also have some of the UK’s leading filmmakers in attendance who have been making a splash on the world stage and helping to raise the profile of our exciting homegrown talent.”

Tickets are only £5 available via the Lighthouse Cinema in Newquay: wtwcinemas.co.uk Box Office: 01637 878650 / 0871 2003304. A limited number of evening passes are also available which cost £8 and include entry to all the movies on your night of choice plus a complimentary Atlantic or Wolf Rock Beer courtesy of our friends at Sharp’s Brewery. (18 and over). 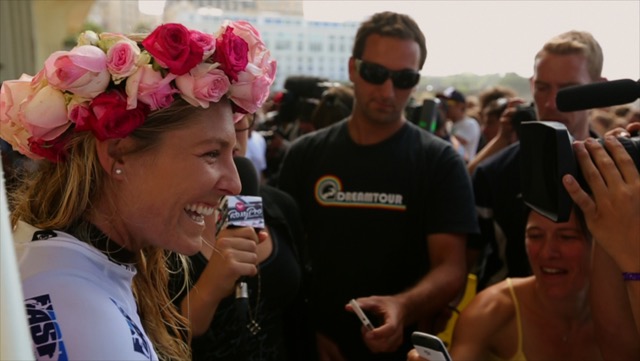 WORLD PREMIERE CHASING OMBAK Dir. Tim Davies, UK
Alan Stokes is one of the UK’s finest surf talents and this beautifully shot film is full to the brim with Stokesy’s barrels, hacks and aerial attacks on a far flung Indonesian isle.

WORLD PREMIERE LAST SUMMERS JUNK Dir. John Eldridge / Tom German, UK.
Showcasing some of the UK’s most creative surfers including Elsie Pinniger (Neon Wetsuits) and John Eldridge (CMBL) as well as custom motorcycle shennanigans, this short will have you pining for the promise of a summer that rests just over the equinox.

UK PREMIERE CHASING THE DREAM, Dir. JASON MOON, UK
This special screening, hosted in association with Newquay BID, is a ‘Grommets go Free’ event. This inspirational film follows Oney Anwar as he pushes against circumstance and pushes himself against the best to see if he can achieve his dream of becoming the first Indonesian surfer to qualify for the prestigious WSL. Awesome surf footage, mystical Indonesian islands, and a boy with a ton of talent blend seamlessly together in this stirring, award-winning documentary.

SOUTHWEST PREMIERE WHAT THE SEA GIVES ME Dir. Pierce M Kavanagh, USA.
An award winning portrayal of the relationship between man and sea. With insight from those whose destinies are defined by their connection to the ocean, whether researching great white sharks, diving to depths never before reached, capturing waves on the frigid fringes of the planet or surfing mountains of water, this is a must-see film to open the eyes and awaken the senses. 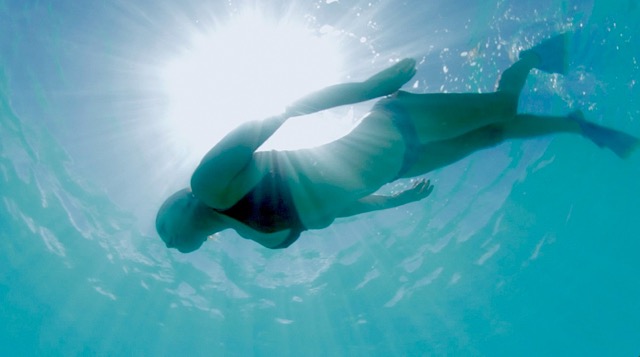 What the Sea Gives Me

SOUTHWEST PREMIERE 70 SOMETHING, Dir. Rafael Mellin, Bra.
Surfing is freedom. This awesome multi award winning documentary mixes archive footage, interviews and the best modern surfers ripping on classic boards to tell the story of how surfing and youth culture found it’s feet under the noses of a repressive military dictatorship in 1970′s. Set to the perfect era defining soundtrack with Hendrix, Floyd et al,this underground smash of LS/FF 2014 is not to be missed. 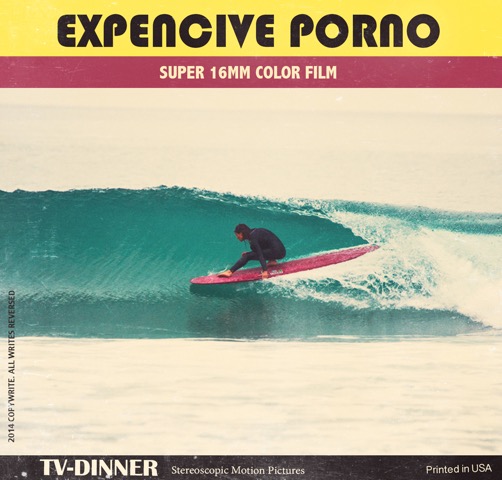 SOUTHWEST PREMIERE STEPHANIE IN THE WATER, Dir. Ava Warbrick, AUS.
Stephanie Gilmore: surfing icon, World Champion, respected and revered by all. By her own admission she never feared defeat, she entered the line-up with a supreme confidence and dominated female surfing. That was until one night, in her hometown of Coolongatta, she was attacked by a complete stranger. This fly on the wall documentary offers an incredibly intimate insight into Steph’s life on and off the tour, pushing the cutting edge of surfing.

SOUTHWEST PREMIERE TIERRA DE PATAGONES, Dir. Joaquin & Julian Azulay, Arg.
Winner of 14 international awards, combining beautiful cinematography, grand vistas and a soundtrack that captures the spirit of Patagonia this film will have you packing your bags and heading south for the winter.Joaquin and Julian Azulay set out to explore the southern limits of Patagonia surfing empty point breaks, heaving slabs and beaches, accompanied only by penguins and sea lions. They meet those who forge a life in this beautiful but bleak landscape, before embarking on a dangerous sea voyage in search of a deserted island.