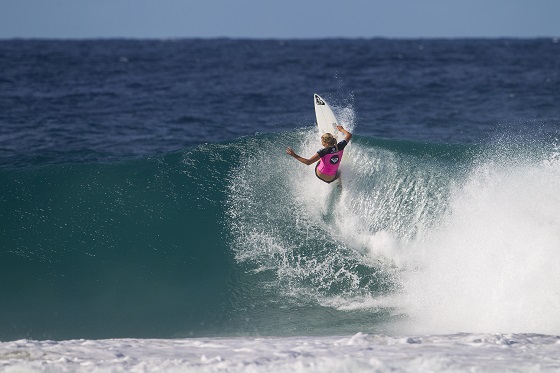 The world’s best surfers are converging on Australia’s Gold Coast for the opening event of the elite 2015 World Surf League (WSL) Samsung Galaxy Championship Tour (CT) season, the Quiksilver and Roxy Pro Gold Coast, held from February 28 to March 11, 2015.
The WSL Samsung Galaxy CT annually celebrates the Top 34 male and Top 17 female surfers on the planet as they compete on an international, 20-event tour in the hunt for the undisputed world surfing crown. The unparalleled adventure, competitive drama and athleticism of professional surfing is accessible LIVE at WorldSurfLeague.com.

The Quiksilver and Roxy Pro Gold Coast will kickstart 2015 Samsung Galaxy CT season – an extremely important venue where 50% of the victors over the past decade have gone on to win that year’s world title.

Stephanie Gilmore (AUS), reigning six-time world champion, solidified her dynasty with a juggernaut performance in 2014, further approaching the all-time female title-holder record of seven, set by Layne Beachley (AUS) in 2006. The Gold Coast local commenced last year’s run with a hometown win at the season opener at Snapper Rocks and will look to do the same at the 2015 Roxy Pro Gold Coast.

Gilmore faces a returned-to-form Silvana Lima (BRA) and the winner of the Trials in the opening round of competition.

Tyler Wright (AUS), Carissa Moore (HAW) and Sally Fitzgibbons (AUS) turned the 2014 women’s title race into the most exciting and hard-fought in the sport’s history and they’ll WSL Top 17 this season to challenge Gilmore for the No. 1 spot.

Tatiana Weston-Webb (HAW) serves as the sole rookie for the 2015 class, but she’ll be joined by returning CT surfers in the form of Lima and Sage Erickson (USA) who are both back after one season on the Qualifying Series (QS).

The Top 17 will be joined by the winner of the Trials for the 18-woman competitive field of the Roxy Pro Gold Coast.

The Quiksilver and Roxy Pro Gold Coast will be webcast LIVE at WorldSurfLeague.com