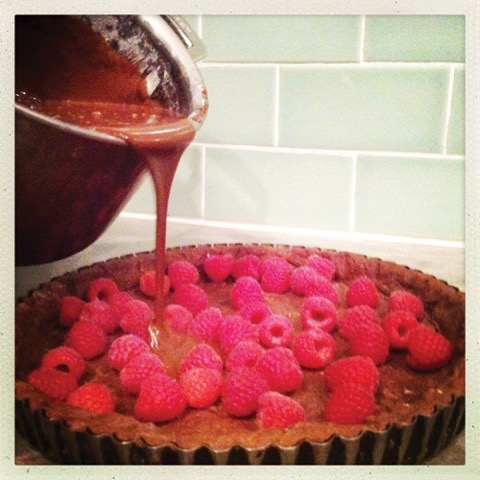 Chocolate or cocoa was once known to be the food eaten by the Gods by the ancient Maya and Aztec people in South America. In Aztec mythology the god Quetzalcoatl discovered cocoa in a mountain before he presented it to the pantheon of Aztec deities who all enjoyed it immensely. It is in South America where the world’s chocolate story is thought to have begun, with archaeological chocolate-making artefacts discovered such as a Mayan ‘teapot’, which is thought once had hot chocolate brewing in it some 2,600 years ago. This brew, however, wouldn’t have been the milky-sweet hot chocolate we know and love dearly today, it would have been a bitter and not so sweet drink that the ancient peoples of South America drunk for medicinal purposes.

Cocoa drinking and eating has since moved from the Aztec pantheon and the Amazon jungle, and is today enjoyed by people the world over in the form of chocolate. Chocolate is made from cocoa beans that are dried, cleaned and roasted. The outer shell is then removed to produce what is known as cocoa nibs, which can be brought from health-food shops and are particularly tasty when ground up and sprinkled on porridge. Chocolatiers will buy the cocoa nibs, liquefy them into a liquor and then extract cocoa mass and cocoa butter from it. Once they have done this, they will mix them both together in varying quantities of each, often adding milk, sugar and vegetable fats to create all the different varieties of chocolate there are today!

Cocoa nibs on their own are incredibly nutritional because they are one of the riches sources of antioxidants. They also have a loads of alkaloids in them that are linked to releasing serotonin in the brain, which is partly responsible for that happy feeling and sense of well being. So, if you have ever heard people say: ‘chocolate makes me happy’ it turns out there is actually some scientific truth behind that statement, not like that really matters anyway, but its nice to know! Chocolate also has some mildly stimulating effects because it has caffeine and theombromine and this helps to stimulate the central nervous system and relax muscles.

The standard sweet chocolate that is the type of chocolate most commonly found in bars today isn’t the healthiest variety of chocolate out there, but, of course, still delicious. Raw chocolate has all the above mentioned delights preserved within it because the nibs haven’t been roasted before being made into chocolate. If you want to get the most out of chocolate eating it is best to go raw, or, dark by looking out for bars that are made with 70% cocoa.

In our Surf Café Living Cookbook we have recipes for chocolate tart and really chocolatey hot chocolate if you’re interested in some home chocolate making. Go to www.thesurfcafecookbook.com for more inspiration