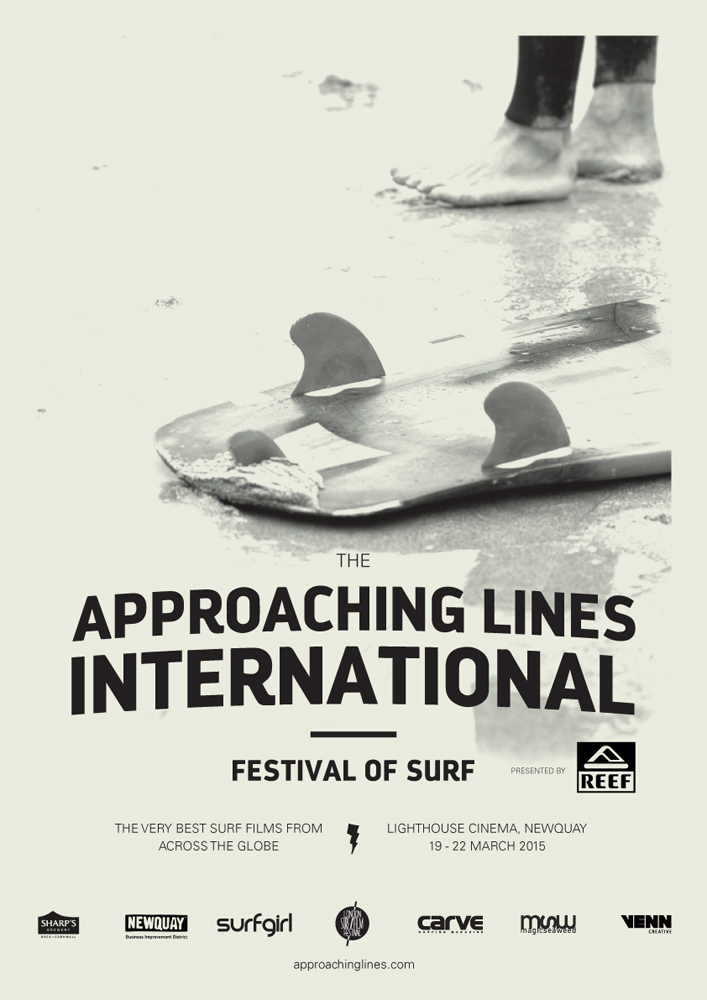 Approaching Lines International Festival of Surf presented by Reef hits Newquay March 19 – 22 2015. Bringing to the southwest three nights of the very best surf films from across the globe, from UK premieres and multi-award winning features to hotly anticipated underground hits, this hand picked line up will inspire, enlighten and entertain, while redefining the parameters of possibility.

Hosted at Newquay’s state of the art Lighthouse Cinema, the Approaching Lines International presented by Reef celebrates filmmaking on a global scale. “We’ve worked with filmmakers from award-winning international directors to homegrown talents to curate a programme of the year’s most exciting movies. The line up combines stunning cinematography, cutting edge performance, inspiring documentaries and travelogues, taking you on a waveriding journey through a range of perspectives that will stoke the fires for the season ahead,” says Festival Director Chris Nelson. “For many of the films this will be the only chance to see them on the big screen in the southwest, watched as they were intended to be seen, surrounded by an enthusiastic and amped crew.”

Accompanied by inspiring talks and audiences with filmmakers and waveriders of note, as well as a showcase of the most relevant artists, artisans, makers, doers and photographers from the British waveriding scene, Approaching Lines International presented by Reef serves up a saline hit of inspiration to usher in the spring and mark the end of the long dark winter months.

“We’re stoked that this year that festival has grown to also include a one day single fin surf contest spreading hard charging creativity through the line up,” says Chris Nelson. “The emphasis will be on style and generating good vibes, good rides and good times!”

The full line up will be released shortly. For further details head to www.approachinglines.com